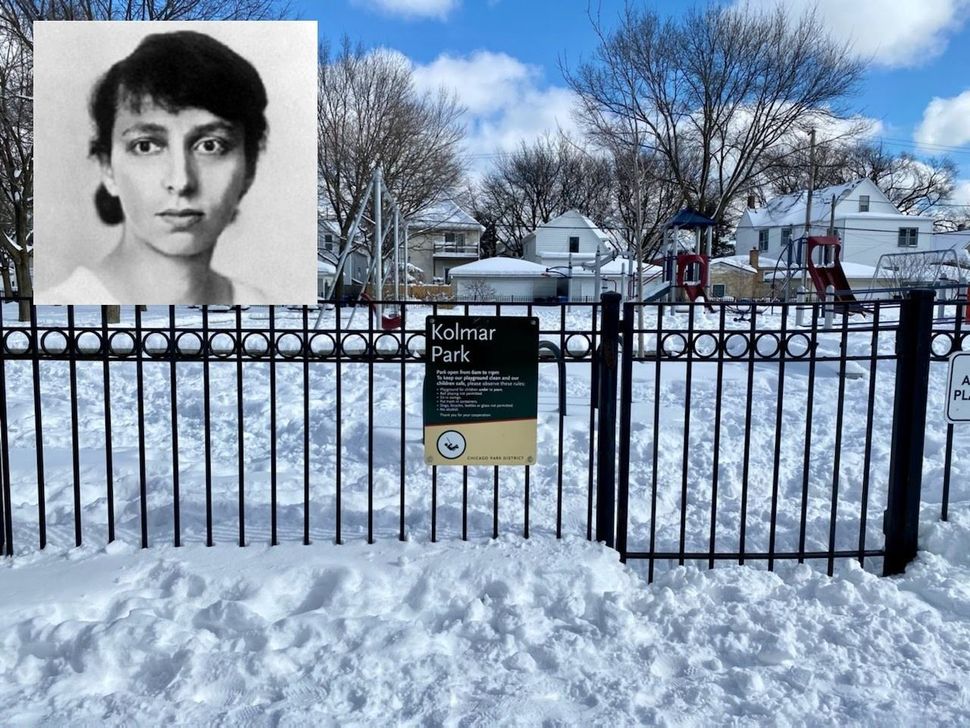 Late last year, neighbors began a campaign to rename the park for poet Gertrud Kolmar, who was born in Berlin in 1894 and died in the Auschwitz concentration camp in 1943. She wrote more than 450 poems, two short novels, short stories and other writings, continuing her work even while persecuted by the Nazis before and during World War II. Courtesy of Block Club Chicago

Neighbors are pushing for a Northwest Side park to be renamed after an influential German-Jewish author and poet who died in the Holocaust.

Kolmar Park, 4143 N. Kolmar Ave., is named for the street on which it sits. Kolmar Avenue got its name from a town on the border of France and Germany, according to the Chicago Park District website. Kolmar was the name of two towns in Germany, but after World War I in 1919 changed the borders, the towns separated and now have different names.

Late last year, neighbors began a campaign to rename the park for poet Gertrud Kolmar, who was born in Berlin in 1894 and died in the Auschwitz concentration camp in 1943. She wrote more than 450 poems, two short novels, short stories and other writings, continuing her work even while persecuted by the Nazis before and during World War II.

Merry Marwig, who lives near the park and is a board member of the The Old Irving Park Association, is spearheading the effort. She hopes the changed dedication would remind people of the Holocaust and teach the community about the little-known yet talented poet.

“In some cases, this means sharing the most raw, difficult history that we confront, and in other cases it’s about lifting up people like Gertrud Kolmar, who in the face of extreme adversity was able to find art and communicate with generations of people she has never met,” Marwig said. “She died well before I was born and here I am — I know her name and her story.” 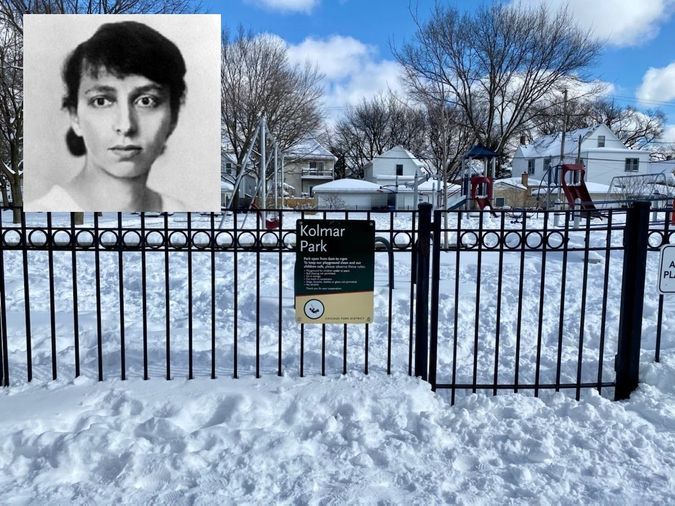 Late last year, neighbors began a campaign to rename the park for poet Gertrud Kolmar, who was born in Berlin in 1894 and died in the Auschwitz concentration camp in 1943. She wrote more than 450 poems, two short novels, short stories and other writings, continuing her work even while persecuted by the Nazis before and during World War II. Courtesy of Block Club Chicago

Marwig created a four-person committee for the initiative and submitted a name change application to the Park District in late October. It included letters of support from residents and local organizations; Illinois Sen. Sara Feigenholtz, an outspoken advocate of teaching the Holocaust in schools; and a physical petition with more than 50 signatures from the community.

The German American cultural center Dank Haus in Lincoln Square also supports the effort and offered to co-sponsor an educational component should the park dedication get approved. The Old Irving Park Association has already aside $1,000 for a plaque, Marwig said.

Marwig launched an online petition to gather more signatures from neighbors as she waits to hear back from the Park District on the application.

“We have a lot of people who are ready to make a difference and contribute to seeing this get done,” she said.

Educating The Next Generation

Making sure younger generations remember history and its lessons is at the core of the rededication efforts.

About 16 percent of Illinoisans ages 18-39 think the Holocaust was a myth or are not sure it happened, according to the first state-by-state survey by the Conference on Jewish Material Claims Against Germany, published in September. Furthermore, 44 percent did not know what Auschwitz was, and 54 percent could not name a single concentration camp, death camp or ghetto.

Marwig said these findings were shocking and point to the timeliness of the committee’s efforts to rename the park. Her hope is people who visit Kolmar Park can learn about Gertrud Kolmar’s career and her successes despite facing persecution.

“Even if you just stop for a second at Kolmar Park and read a tiny plaque that says, ‘This park is in honor of Gertrud Kolmar, well-renowned poet who was able to achieve so much in the face of adversity,’ maybe that would stop someone here in Chicago to think, ‘Wow, let’s make sure that never happens again,’” she said.

The committee hopes the renaming process can be an easy one, given that Kolmar’s surname has the same spelling as Kolmar Park.

The group’s efforts come on the heels of a yearslong campaign led by neighborhood youth to rename Douglass Park in North Lawndale. The park was initially named for Sen. Stephen Douglas, but it was officially renamed in November in honor of abolitionists Anna Murray Douglass and Frederick Douglass.

That effort pushed the Park District board to overhaul the process through which community members can seek to change park names.

Beyond educating the community and keeping the past alive, the Kolmar Park committee hopes to show local Holocaust survivors their history will not be forgotten. This means there’s a “very limited window” to get the name change approved, Marwig said.

There’s a fear within the Chicago Polish community the survivors’ stories will leave with them unless they’re preserved, said Dan Pogorzelski, a committee member and Chicago history aficionado. His relatives were some of the earliest prisoners in Auschwitz, one of the largest concentration camps in German-occupied Poland.

“The last witnesses to the Holocaust may not survive the period of the pandemic,” Pogorzelski said. “This, along with the rise of intolerance we’ve seen over the past few years, make this proposed memorial all the more timely.”

The 2020 survey also found 57 percent of young people in Illinois have seen Nazi symbols in their community or on social media in the past five years. The recent rise in white supremacy attacks and protests around the country — like the insurrection at the Capitol — have also appeared in Chicago.

On the same day as the Jan. 6 insurrection, Illinois Rep. Mary Miller praised a Hitler quote at a pro-Trump rally in Washington, D.C. Her speech received widespread condemnation for praising the Nazi leader.

On Jan. 23, a group of white supremacists from Texas took to the South Loop, chanting Nazi slogans during a rally, according to the Sun-Times.

The Kolmar Park renaming effort seeks to confront these acts of hatred so people can build a better future, Marwig said.

“We need to educate ourselves and educate others so [the Holocaust] never happens again and take a stand against bigotry, hatred and violence that presents itself in our lives,” she said.

Pogorzelski, who is also the vice president for Northwest Chicago Historical Society, said the renaming effort can bring together people while celebrating “one of the best authors in the German language.” Although Gertrud Kolmar was not very well-known, her poetry and literary works have been likened to that of famous poet Emily Dickinson.

“Hopefully in her memory we can remind different communities about not only someone who was a master of the literary arts but also to commemorate, through her, the need for tolerance,” he said.

This story was originally published in Block Club Chicago and has been reposted with permission.