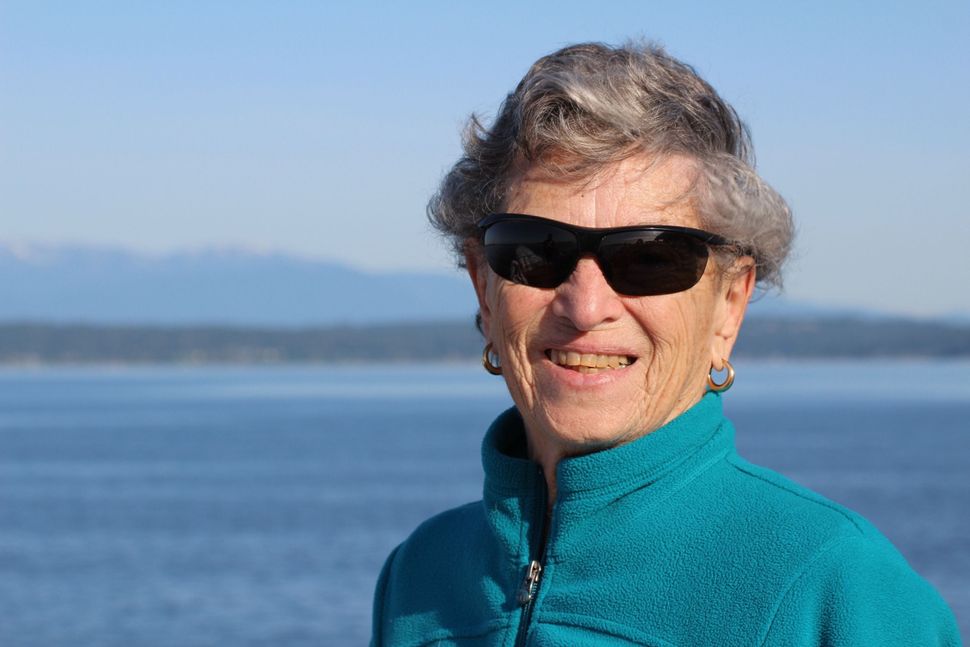 Earlier this month, when 90-year-old Fran Goldman walked six miles through the snow to get her vaccine, she didn’t think much of it.

“I’m not an attention grabber,” Goldman, a member of Seattle’s Temple Beth Am, said in an interview this weekend. “I did not think it was a big deal.”

But her story was a big deal — big enough to land her on the pages of newspapers across the country, from USA Today to the New York Times. Now that the “unreal,” “exhausting,” and “overwhelming” series of interviews has come and gone, Goldman is left with a sense of gratitude and a hope for her story’s impact on readers.

Describing her own process in trying to get a vaccine appointment, Goldman didn’t mince words: “Frustrating is an understatement.”

“The way to get an appointment was completely disorganized,” she said. Navigating the series of websites set up by Washington’s Department of Health was challenging, and even the phone operator for people who struggled with online sign-ups didn’t help. “I was getting up earlier and earlier every day to check it,” she recalled. “The people were very nice, very courteous — but it didn’t make any difference.”

When she finally scored an appointment at the Seattle Children’s Hospital for the Pfizer vaccine, Goldman was determined to meet it, come hell or high water — or as it happened, a road-blocking snow storm. Part of the reason for her rush to get vaccinated: “I’ve seen my grandson, but I haven’t been able to get close to him or to hold him,” Goldman said. “And he’s about six months old now!”

On Saturday, Feb. 13, the day before her scheduled appointment, snow was still lying thick on the ground in her driveway, and she learned it wouldn’t be ploughed in time. That’s when she decided to plan out the three-mile trek to the hospital, and test it out on foot.

Two-thirds of the way there, she turned back, deciding she’d be able to make it on Sunday. And the next day, she set out at 8:10 a.m., walking sticks in hand.

At the hospital, she didn’t tell the staff about her journey until after the shot, when a healthcare worker told Goldman to sit for a bit before leaving. “I’d be delighted to sit, I’ve been walking for an hour,” Goldman remembered saying. “She said, ‘Well, sit as long as you want.’”

The way back, with more of an uphill climb to traverse and the temperature rising, proved harder than the first half. On March 8, when Goldman is scheduled for the second dose, “I’m planning on driving to that one.”

To Goldman, who fondly remembers her grandmother reading The Forward in Yiddish, the act of inspiring others to get the vaccine feels rooted in Jewish values.

“We learn that we are supposed to repair the Earth and take care of the Earth,” she said. “That of course is one of my concerns, that enough people get the vaccine so that the pandemic can be abated.”