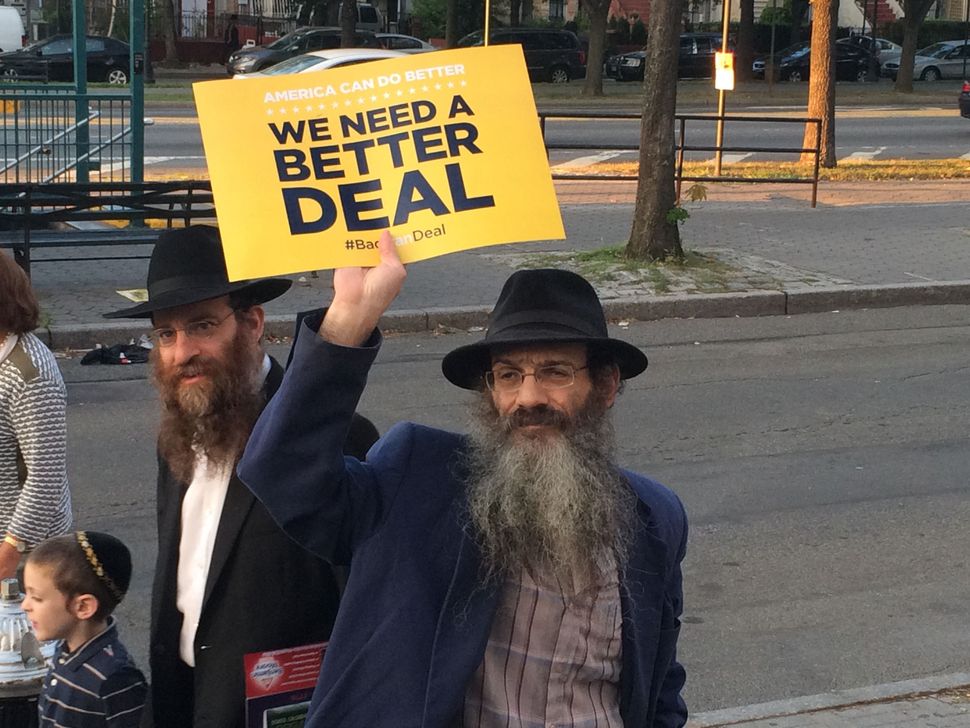 The turnabout, along with the administration’s recent move to rescind former President Donald Trump’s imposition of harsh sanctions against Iran, reveals some division within Biden’s national-security team — and may give Republicans opportunity to frame Israel’s security as a wedge issue as they seek to broaden Jewish support ahead of the midterm elections.

“I call that the confirmation strategy,” said Danielle Pletka, a senior fellow at the conservative American Enterprise Institute. “Tony Blinken wanted to get confirmed and he knew a lot of members were concerned, so he said a lot of reassuring things that they didn’t mean.”

Elliott Abrams, who served as special representative on Iran in the last five months of the Trump administration, said it was not surprising to see the administration agreeing to hold talks with Iran because President Biden has clearly stated that his goal is to get the United States back into the nuclear deal, whose official name is the Joint Comprehensive Plan of Action, or JCPOA.

David Schenker, who served as assistant secretary of state for Near Eastern affairs under Trump agreed that such a change was expected, saying: “It’s my view that elections have consequences.”

Biden officials pushed back against any notion that there has been a significant shift in approach. Ned Price, the State Department spokesperson, maintained on Monday that the talks Blinken agreed to are only aimed at ensuring Iran’s return to compliance with the terms of the 2015 deal before the administration relaxes sanctions.

But the Iranians have indicated that they would walk into any new talks with enough leverage to minimize their concessions and maximize their gains. That was evident by the rocket barrage that Iranian-backed Iraqi Shia militias rained onto a U.S.-led coalition base in northern Iraq last week. The attack was met with a measured response from the U.S.

Abrams, the former Iran envoy, said he was happy to see that the new administration seems “unwilling to bribe Iran to come to the table — with sanctions relief, for example,” But he said he was concerned that what he described as “the complete lack of reaction” to the attacks on U.S. forces in Iraq is something Tehran will view as “weakness” from Washington “and that will only elicit more attacks.”

A former Trump administration official familiar with the issue, who spoke on the condition of anonymity, explained that the Iranians, faced with an ongoing investigation into their enriched uranium stockpile and nuclear activities by the International Atomic Energy Agency, are intentionally complicating matters by increasing enrichment and limiting inspections. Their goal is to negotiate their way back into the deal with the U.S. agreeing to sanctions relief in exchange for compliance without addressing their ballistic missile program and state sponsorship of terror.

This official suggested that the administration may at the end adopt a step-by-step approach similar to the interim nuclear deal in 2013, where Iran gradually limits its nuclear activity in exchange for relief from sanctions.

Recent news reports have suggested that Biden’s top aides are divided on the issue. Jake Sullivan, the national security adviser, helped establish back channel talks with Iran that led to the 2015 nuclear deal and is now aiming for a new deal, while Rob Malley, the new special envoy on Iran, and other officials are advocating for a return to the JCPOA.

Richard Goldberg, a senior adviser at the Foundation for Defense of Democracies, criticized the administration’s “lack of consequence messaging” in the face of Iranian provocations. “There’s only so many times that you can turn the other cheek and smile,” Goldberg said. “A regime like Iran will just continue to smack you until you finally stand up for yourself.

“The supreme leader needs to get a very clear message that the U.S. has a bottom line; that diplomacy is our preferred method of resolving situations like this, but we have a military as a last resort,” he added. “Because if the Iranians perceived President Biden would never use military force, no matter what they do, diplomacy will never work.”

For pro-Israel groups — who opposed the 2015 deal and share the view of Israel and Sunni Arab states that the U.S. reentering it will only help Iran’s nuclear program — the administration’s willingness to engage with Tehran is a matter of concern. But from a political point of view, Republican Jews see it as an opportunity.

Matt Brooks, executive director of the Republican Jewish Coalition, said Blinken’s latest moves and statements on Iran give the GOP an opportunity to move past its internal rift over Trump’s refusal to accept the election results and his role in the Jan. 6 insurrection at the Capitol. Brooks said the RJC wants to be “a leading voice in opposition, working with our congressional allies and partners and trying to educate the Jewish community, and hold the Biden administration accountable on these critical policy issues.”

Ari Fleischer, President George W. Bush’s press secretary, said in an interview that “it’s inevitable that as the focus shifts to the decision-making of the new president and away from Donald Trump, Biden will have to justify what he’s doing to the Jewish community.”

“And on Iran, it will be a very difficult explanation,” Fleischer said, “because there is no good explanation.”

Ellie Cohanim, who served as deputy to the State Department’s Special Envoy to Monitor & Combat Anti-Semitism in the final year of the Trump presidency, described the Biden administration’s willingness to talk as “diplomatic malpractice,” especially because she believes Iran’s leaders are at their weakest point since 1979. “All of these serious foreign policy failures by the Biden administration do offer an opportunity for Republicans and all Americans with common sense to coalesce,” she said.

But Goldberg, who was a senior aide to former Sen. Mark Kirk, an Illinois Republican who spearheaded several rounds of sanctions that were passed over the Obama administration’s objection, contended that “it’s not really about driving a wedge” between Republicans and Democrats.

He noted that leading Democrats like Sens. Chuck Schumer of New York and Bob Menendez of New Jersey — now majority leader and chairman of the foreign-relations committee, respectively — and Joe Manchin of West Virginia were all opposed to the 2015 nuclear deal.

“There could very well be opportunities for bipartisan action in the Senate,” Goldberg said.

But Pletka, of the American Enterprise Institute, said she was not sure Menendez would again risk opposing a deal with Iran,given suggestions that his 2015 vote may have helped lead to his indictment on federal corruption charges in 2016. “I think that Menendez will be very careful,” she said.

Pletka also said that Republicans should use upcoming confirmation hearings of Biden administration officials as “leverage” to express their opinion on the administration’s approach. “If I were Republican and I was strategizing, that would be where I would be focusing right now,” Pletka said, “because that will be the fastest and easiest way to get the administration to listen to their concerns.”

What remains to be seen is how vocal the Israeli government will be in its opposition to the deal and how the broader American Jewish community will react.

Axios reported on Wednesday that the U.S. and Israel have agreed to reestablish a high-level strategic working group between the two countries on the Iranian issue.

William Daroff, CEO of the Conference of Presidents of Major Jewish American Organizations, said in a recent interview that “there is great interest in both the American Jewish community, as well as by the administration to not repeat the tsuris of the 2015 deal, a debate that divided the community. “There is a universal feeling to avoid those pitfalls and to find ways to communicate and engage and discuss the issue in a more polite way,” Daroff suggested.

Fleischer, a member of the RJC’s board of directors, said that Iran remains a “hot-button issue” for Jewish voters. He noted that the Republican share of the Jewish vote increased significantly in 2012, and said he believes that was based on frustrations with former President Barack Obama’s policy approach to the Middle East.

Similarly, analysts have suggested that Jewish voters upset with Obama played a key role in the election of Bob Turner, a Republican, to replace disgraced former Rep. Anthony Weiner.

“Republicans have been making inroads into the Jewish world for quite a long while,” Fleischer said, “and issues like this contribute to the Democratic erosion.”