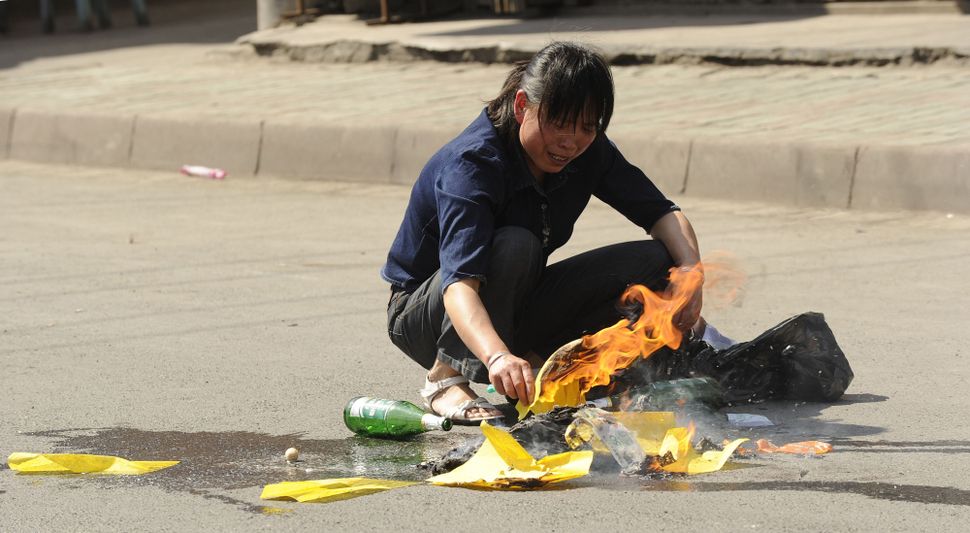 At seder tables across the country this Passover, there will be an empty chair, not for the prophet Elijah, but for the Uyghur people.

Jewish groups protesting China’s ongoing genocide of the Uyghur and other Turkic peoples plan to take a page from the Soviet Jewry movement and ask Jews worldwide to include the Uyghurs in their prayers at the seder table next month – including placing an empty chair at the dinner table.

“I’m trying to get the Uyghurs to look at Jewish history and see it as an inspiration for their efforts in seeking their freedom,” he said.

The haggadot are one facet of a multi-pronged, cooperative effort to draw attention to the Uyghur plight over Passover. 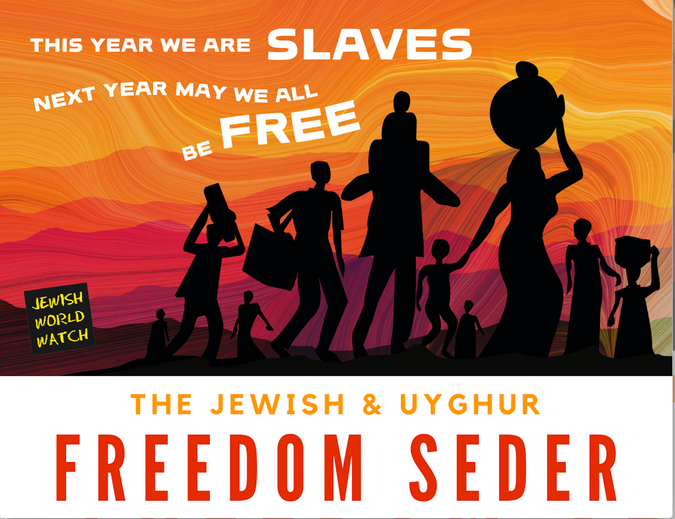 The organizers are Los Angeles-based Jewish World Watch and Amitai Abouzaglo, co-founder last July of the Jewish Movement for Uyghur Freedom, an international non-denominational organization that provides Jews worldwide the opportunity to demonstrate their commitment to the slogan “Never Again.”

During the first three intermediate days of Passover, the group suggests Jews read from a special Haggadah Rudelson wrote called the “Uyghur Freedom Passover Seder” in which participants will be asked to “remember our Uyghur brothers and sisters who still suffer the pain of oppression, tyranny and prejudice. Our task tonight is to remember the history of our liberation from Egypt, a history that our Uyghur guests also know well in their Muslim tradition.”

The special Haggadah contains readings that explain the plight of more than 12 million Uyghurs in China who it says “are facing one of the most severe human rights crises since the Holocaust.”

In January 2021, the Trump administration designated the Uyghur crisis a “genocide” after having earlier sanctioned a number of Chinese officials and entities involved in the operation of the internment camps. On Feb. 22, Canada’s House of Commons voted 266-0 to also recognize China’s documented campaign of mass internment, forced labor and forced sterilization of Uyghurs as a “genocide.” China denies all allegations of abuse of the Uyghurs.

Since 2017, the Chinese government has forced an estimated one to two million Uyghurs into concentration camps.

In the camps, according to Rudelson, the Muslim Uyghurs cannot pray, cannot grow beards, and are coerced into eating pork, particularly on Fridays, the Muslim Sabbath. 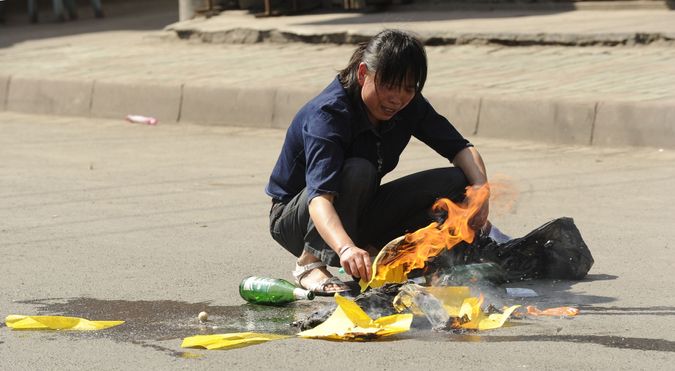 Serena Oberstein, executive director of Jewish World Watch, a nonprofit humanitarian organization dedicated to fighting genocide and mass atrocities worldwide, said Passover is the perfect time to focus the world’s attention on the plight of the Uyghurs because “the story of exile to redemption is a universal story. … It felt this is the right moment to use the Jewish experience to amplify the Uyghur experience.”

The groups will use the seder to kick off several events including Uyghur Culture Day on May 5, for which JWW will offer a booklet about Uyghur culture, history, poetry, literature and national heroes.

“We are taking the narrative of Passover and identifying the corresponding events that are happening to the Uyghur today,” said Oberstein..”

The groups have designated the second intermediate day of Passover, March 31, asa day of advocacy worldwide. Oberstein said her group will work with the Jewish Council for Public Affairs and others, including some Uyghurs living in the United States, to arrange meetings with members of Congress.

“Many elected officials have not met with a Uyghur and don’t know of the horrible things that are happening,” Oberstein said. “The Jewish community knows what happened when the world stood silent when the Jews were being persecuted.”

Rudelson pointed to American Jews who are now in positions of power in United States foreign policy, including Secretary of State Antony Blinken, and said the coalition will enlist their help on behalf of the Uyghurs.

When President Joe Biden was a candidate last year, his campaign issued a statement that termed the Chinese government’s oppression of the Uyghurs and other ethnic minorities in northwest China in the region of Xingiang “genocide,” and it noted that Biden “stands against it in the strongest terms.”

The groups have designated the third intermediate day of Passover as a day of business engagement. 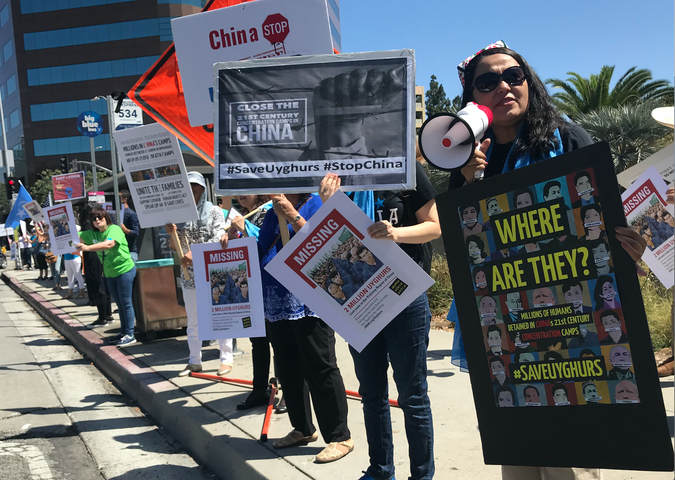 “There are more than 90 multi-national companies using Uyghur slave labor and at least two of them have ties to the Holocaust—Volkswagen and BMW,” Oberstein said.

The groups will contact these businesses and ask them to use alternative sources of labor. Targeting these tcompanies is important, said Oberstein, because because “they did it once before and we are now holding them accountable.”

The global Jewish effort to help the Uyghurs is spearheaded by the Rene Cassin Organization in London, a Jewish organizational voice for human rights. Abouzaglo said it made “big strides in changing the United Kingdom’s position on China and the Uyghur crisis early last year.”

In early February 2021, a formal legal opinion by an independent expert was published in the United Kingdom stating that there is a “very credible case” that the Chinese government is carrying out the crime of genocide against the Uyghur people. That opinion paves a legal path for British judges to follow if Parliament agrees to allow the High Court to decide on matters of genocide.

Abouzaglo said that his group, which connects Jewish university students worldwide with Uyghur civil society groups, is now pushing for “powerful Western nations” to impose restrictions on trade agreements with China because of its persecution of Uyghurs.