Israel’s silence about the Uighur genocide is a shanda 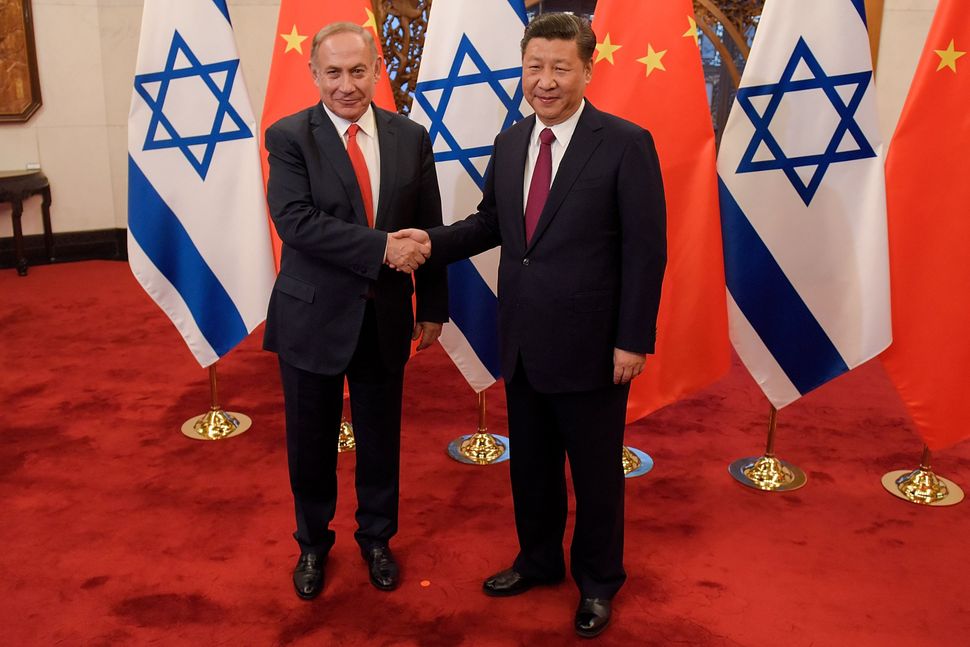 What responsibility does Israel have to the world to intervene in a genocide? Does “Never Again” apply as a post-Holocaust lesson to the world, or does it only apply to the Jewish people? While refusal to act in such dire circumstances is surely an abrogation of basic moral principles, Israel’s particular history also makes silence in the face of an ongoing genocide in eastern China a betrayal of the memory of the Holocaust and a betrayal of global Jewry.

China is carrying out acts of genocide against the Uighurs, a Muslim ethnic minority from China’s Xinjiang province. Xinjiang is subject to China’s Han-dominant policies, which have resulted in the shuttering and destruction of mosques and cultural centers and a ban on teaching the Uighur language. Even worse, about 1 million Uighers are being held in detention centers, and many abroad fruitlessly demand China provide “proof of life” of their relatives. Dozens of Uighur graveyards and religious sites have been desecrated and destroyed, and there is evidence of forced sterilization.

“If not a genocide, something close to it [is] going on in Xinjiang,” said U.S. national security adviser Robert O’Brien at an online event hosted by the Aspen Institute in October.

Israel has neither expressed support for the Uighurs nor condemned China for the genocide. Israel, a country forged by refugees from Europe and the Middle East, many of whom survived the Holocaust, is remaining stubbornly, infuriatingly, shamefully silent on the issue of the Uighur genocide.

The root of that silence is realpolitik. Israel and China maintain warm trade relations, with China coming in as Israel’s third-largest trading partner and export market, after the U.S. and the EU.

That isn’t to say the Israel-China relationship is all roses. China has to balance its increased closeness with Israel with its already existing ties with the Arab world and Iran, while Israel performs a delicate balancing act between China and the U.S. The signing of the Abraham Accords, for example, which normalized relations between Israel and the United Arab Emirates, did not please Beijing; it was a diplomatic coup for Washington, which sponsored the deal. But while the U.S. sees China as a threat, Israel sees China as an opportunity.

China for its part sees Israel as one part of its larger Belt and Road Initiative, a highly controversial and massive infrastructure development project involving over 70 countries and counting. While the benefits of engaging in increased trade are clear, critics note that the project may be neo-colonialist in its aims, centering Chinese trade policy goals and creating debt-traps in their target countries. But unlike other states, Israel isn’t taking Chinese loans, leaving it free to benefit from increased trade with little cost.

Well, little cost aside from silence on an ongoing genocide.

Putting trade first has allowed both Israel and China to make a mockery of human rights from Tiananmen to Tel Aviv. It’s a dreadful sort of realpolitik whereby the bottom line of tourism and trade matter more than mass bloodshed.

Engaging China in this amoral way — and refusing to engage with ongoing human rights abuses — is a profound betrayal of the Jewish people that Israel claims to represent on the world stage. It’s a betrayal of generations of Jews who prayed towards Jerusalem. It’s a betrayal of every Jew who died in the Holocaust, whose memory is enshrined in Yad Vashem.

And it raises the question, what use is a museum like Yad Vashem if the memory of our dead is not impetus enough to intervene in an ongoing genocide?

Even if Israel’s government insists on betraying the memory of the Holocaust through inaction, we can rise to the occasion ourselves. We can teach, raise awareness, boycott, and pressure our governments and businesses to disinvest from companies that exploit the people in Xinjiang.

We can vote with our feet and with our dollars. We do not have to be silent while blood is spilled.

B. Lana Guggenheim is a journalist and editor and has written for the National Review, South EU Summit, Washington Times, Jewcy, New Voices Magazine, and the Forward. She has a M.Sc. in International Conflict from the London School of Economics and Political Science.

Israel’s silence about the Uighur genocide is a shanda