No, they’re not named ‘Corona’: Meet 3 couples and their pandemic babies 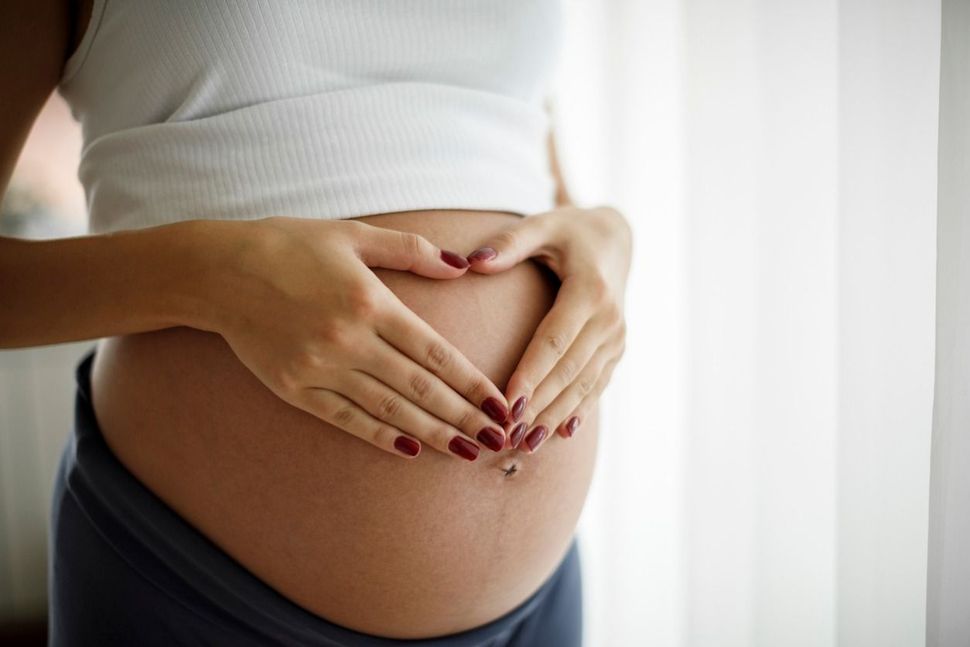 When quarantine first began, back when some of us naively thought it would truly just be two weeks long, Twitter predicted a baby boom; so many couples were off work, locked in with each other and little to do. That, it turns out, was wrong; a study from the Brookings Institution predicts a long-lasting baby bust, with 300,000 to 500,000 fewer births in 2021. Perhaps we underestimated the libido-bursting qualities of a global pandemic and widespread unemployment.

Parents who were already expecting when the pandemic began had to navigate constantly-changing hospital protocols, or go into labor wearing a surgical mask. Nevertheless, some brave souls still decided to get pregnant; now, babies conceived during the pandemic have been born, gestated completely within this new normal. What convinced these parents to take the plunge — and did they know what they were in for?

“We knew we wanted to have multiple kids, and I’m in my thirties,” new mom Alana Rahmani said. She and her husband Jonathan, a rabbinical student at Yeshivat Chovevei Torah, got married in late 2019 and she had just gone off her birth control when the pandemic started. The timing wasn’t perfect, but they didn’t feel like they could lose this year. In February, they had their first child, a daughter named Mazal. 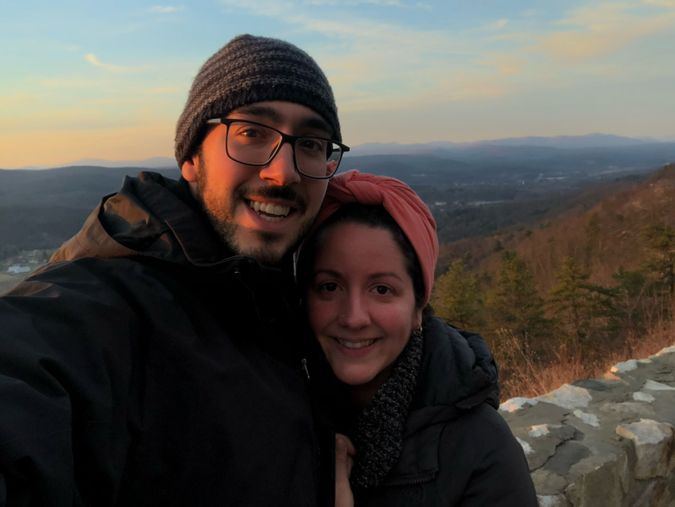 Jonathan and Alana Rahmani on their honeymoon trip. Courtesy of Jonathan Rahmani

It wasn’t easy, though. In July, at the end of her first trimester, Alana was laid off from her job at the Manhattan JCC and the pair had to scramble for both healthcare and financial stability; Jonathan said they’re lucky if the stipend from his school covers diapers and food. Family helped out with a few hundred dollars here and there, which took some of the pressure off, but it was a stressful period, exacerbated by Alana’s mother’s sudden cancer diagnosis; she died before Mazal was born, and Alana was only able to see her a handful of times.

The Rahmanis said their community has been there for them, bringing meals and celebrating Mazal’s naming via Zoom, but the experience has been isolating. The pair has adhered to stricter COVID protocols than most of their friends, and their synagogue’s outdoor Shabbat services have been their main opportunity to see people.

Eventually, Alana found a new job as a project manager at the Jewish Funders Network while nearly seven months pregnant. “I waited until I had the offer to tell them I was pregnant,” she said. Ineligible for maternity leave as a brand-new employee, she negotiated for six weeks off, unpaid; though her employer would have given her longer, the couple can’t afford more unpaid time. As Alana prepares to begin working again, they’re figuring out how to manage both work and their newborn in their one-bedroom apartment.

While the Rahmanis were hit with an unimaginable number of challenges, the pandemic has been hard on all new parents.

In early March, Tobin Mitnick, a Los Angeles-based actor who runs the popular TikTok account @jewslovetrees, asked his wife Amanda if they should stop trying to get pregnant. “I started the conversation like, should we do this, we’re introducing more health risks,” he said. “But my wife has a more long-term and practical way of thinking about things, which is that there are always going to be risks.” Their first child, Lucy — aka “sapling” on Tobin’s TikTok — was born on December 8.

Despite their good attitude, they have still struggled with the isolation. New parents can often count on help from excited grandparents, but Tobin and Amanda’s families both live on the East Coast. “It’s not so much the health aspect that we were most concerned about. It was the entire picture of missing out on specific experiences that you always think are part and parcel of having a child,” Mitnick said.

While new parents might normally withdraw with their newborn to bond and recover, it’s usually temporary. “Once you get to that point like, four, six weeks, when you’d normally bring someone into your home, then it gets weird,” said Mitnick. “At that point you’re like, OK, why am I not seeing anybody? Why do I not have, like, emotional backup?”

Still, he maintains a positive outlook: “The only pregnancy we know is our own. Every other version of the pregnancy is either hearsay or cinematic. So this is the only version of having our baby that we know.”

Beyond the stress on the parents themselves, there are concerns about the children’s development. Sarah Kasdan, a Jewish educator at Cornell University, worries more about her two-year-old daughter than her newborn son; the toddler couldn’t even walk or talk when the pandemic started. “She’s like a whole different person from then,” said Kasdan. “She loves the attention, but she just hasn’t been around other people. So she’s gotten very shy.”

But Kasdan has been lucky; most of her relatives have now been vaccinated and live within driving distance, so they are able to visit occasionally. Before her son, Azriel, was born, her parents and in-laws quarantined for nearly a month to ensure that they would have been isolating for at least 10 days when the baby was born, and could come meet him. “I felt bad, not really knowing. But you don’t know when you’re going to have the baby,” she said.

Still, she has found small blessings hidden within the pandemic. Kasdan held a Zoom bris for Azriel and was grateful for the small, intimate event. “You know, you’re physically still in pain and you have to like, organize this whole meal and this whole thing,” she said. “It’s actually nice not to have any of the logistical challenges and just to be in my own living room.”

Every mother I spoke with also agreed that it was nice to be at home during the pregnancy, able to wear comfortable clothes and rest. During her first pregnancy, Kasdan had to sneak naps on her office couch — not an issue this time around. Alana Rahmani said she couldn’t imagine doing her hour-long subway commute in the third trimester.

In any case, some challenges of new parenthood are timeless. “You know the pandemic is almost like the last thing on your mind,” Mitnick said. “I remember the first time I got two hours of sleep in a row, like a week after Lucy was born. I’m just like, that’s it. I can run a marathon. This is great. I can handle this.”

No, they’re not named ‘Corona’: Meet 3 couples and their pandemic babies