For Passover, this Jewish congressman wants to ‘help free another people’: the Uyghurs 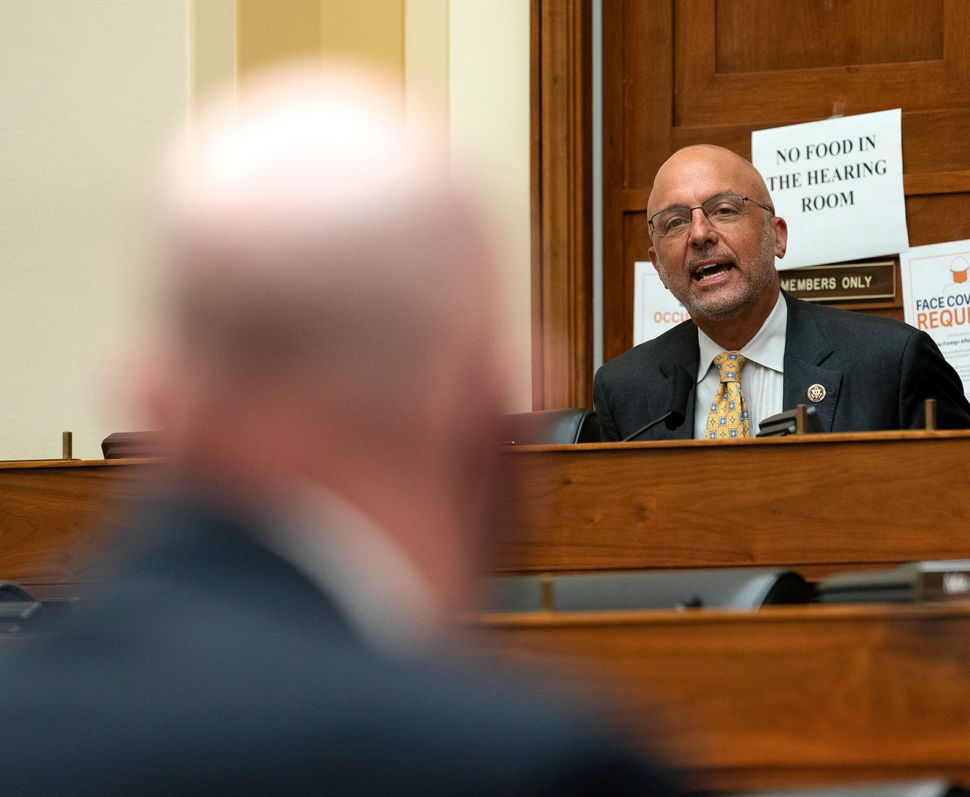 Ted Deutch got his start in politics as a college student at the University of Michigan, fighting for the rights of refuseniks and the liberation of Soviet Jews. Now, he’s leading a bipartisan effort in Congress to expedite the process for Uyghur refugees seeking asylum in the United States.

“I think we have an opportunity to come together and do something significant that respects the role the U.S. has historically played in throwing open its doors to those who are fleeing oppression,” said Deutch, the Democrat representing Florida’s 22nd district. “As Jews, we’ve seen what happens in the past when we refuse.”

Uyghurs, most of them Muslim, are an ethnic minority primarily in the Xinjiang region of China — up to two million of whom are alleged to have been forcibly sent to detention centers across the region, where they face sexual abuse, indoctrination and forced sterilization. Deutch’s proposed bill, announced Tuesday, came on the same day that an independent report by 50 global experts in international law and human rights abuses found that the Chinese government’s actions toward its Uyghur population “violated every single provision in the United Nations’ Genocide Convention.” The report unequivocally called the events a “genocide” and said that Beijing has demonstrated an “intent to destroy” the ethno-religious minority. In January, former Secretary of State Mike Pompeo also termed the events a genocide.

“We have a long history in Jewish communities of facing oppression,” Deutch said, “and knowing what it’s like when you’re rounded up, put onto trains and sent to camps.”

“That’s what’s happening to the Uyghurs,” he said.

The bill — co-led by Deutch, Mario Diaz-Balart (R-FL), Jennifer Wexton (D-VA), and Chris Smith (R-NJ) — would provide Priority 2 refugee status to ethnic Uyghurs and “others who are suffering from arbitrary arrest, mass detention, and political and religious persecution by the Chinese government.” Priority 2 status is reserved for groups of special humanitarian concern to the U.S., and provides grantees expedited resettlement processing and direct access to the refugee system.

“My Judaism definitely informs how I approach this issue,” said Deutch, the 51-year-old Chair of the House Committee on Ethics. “This is a moment when we can do this as Jews, standing with Muslims, in a really important fight for human rights.”

On Wednesday, in a hearing for the House Foreign Affairs Committee, of which Deutch is a member, Secretary of State Antony Blinken said he had raised concerns surrounding Uyghur genocide with his Chinese counterpart, and is exploring various options including sanctions and visa restrictions for those involved with the crimes against humanity.

‘My Judaism definitely informs how I approach this issue.’

Deutch commended Blinken for speaking “powerfully” about the “range of tools we have,” but added that while international efforts are vital, his legislation would take an important additional step.

“This is one more tool that, in addition to those, acknowledges that this is not just about sanctions. It’s very much about the Uyghurs themselves,” he said.

Tahir Imin, a Uyghur refugee in Washington D.C. whose asylum case has been pending since 2017, spoke in support of the bill.

“My people are facing genocide back home, and the United States even recognized it as a genocide,” said Imin, an activist involved with the Uyghur Times Agency. “Uyghurs in the U.S. cannot get political asylum, including myself. I have been waiting for an interview for the past four years.”

As one of the four congressmen serving on the board of the U.S. Holocaust Memorial Museum, Deutch said that one of the “important things that the Holocaust Museum does is remind us what happens when people remain silent.”

“To elevate their status so that they can be refugees,” he said, “I think that’s being true to our calling as Jews.”

An aide for Deutch who worked on drafting the legislation felt optimistic about its prospects of getting through Congress and said they were pleasantly surprised by the amount of support the bill has received from Republican offices thus far.

For Deutch, an upcoming holiday marks an opportunity for Jewish communities to think deeply about the crisis.

“We’re just coming up on Passover,” Deutch said. “Once we were slaves in Egypt. It’s a festival of freedom. I think it’s only appropriate that we spend some time reflecting on the role that we can play to help free another people. That’s what this is about.”

For Passover, this Jewish congressman wants to ‘help free another people’: the Uyghurs