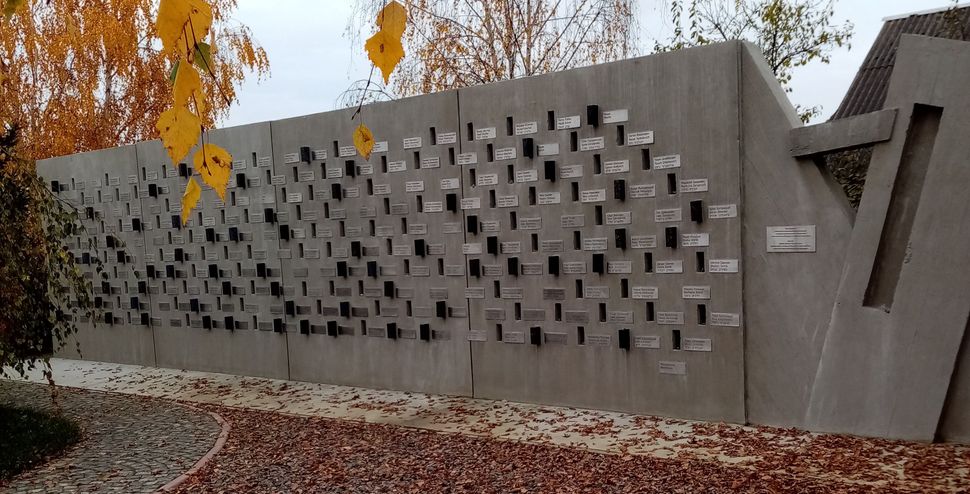 Memorial Wall at the Museum of Jewish Resistance dedicated to 227 tunnel escapees. Unveiled in July 2019, it was financed by the Charles and Seryl Kushner Family Foundation. Courtesy of Tamara Vershitskaya

Though British actor Daniel Craig popularized the story of the Bielski partisans in the 2008 film “Defiance,” preserving the history of their heroics in the region where they operated has long been the passion of Belarussian historian Tamara Vershitskaya.

She carried out her mission as the head of the Museum of Jewish Resistance, which she founded in 2007 in the Western Belarusian city of Novogrudok, not far from the Bielski partisans’ forest base.

But the Belarusian Ministry of Culture fired Vershitskaya and her assistant at the start of this month. The terminations, she said, are clearly retribution for her own association with acts of resistance against the ruler of a country some call the last dictatorship in Europe.

Before World War II, 6,000 Jews — representing more than half the population — lived in the city of Novogrudok, then a part of Eastern Poland. During the war, the Novogrudok Ghetto saw one of the largest ghetto breakouts during the Holocaust. More than 100 of the 227 escapees joined the Bielski partisans, who were operating in the Naliboki forest. The group, named for its leaders, Jewish brothers Tuvia and Zus Bielski, grew to more than 1,200 people, and became one of the most well-known resistance movements against the Nazis, focusing on the rescue of Jews. Among the escapees who joined the Bielskis was Rae Kushner, who would become the grandmother of Jared Kushner.

A native of the region, Vershitskaya knew little of that history until the fall of the Soviet Union, when survivors of the partisan units and their descendants began returning to the area. The historian was drawn to their stories and committed to sharing them with others in Belarus and beyond.

She placed the Museum of Jewish Resistance where a tunnel had allowed the ghetto’s prisoners to escape. The museum tells the story of Novogrudok’s Jews and the Bielski partisans as part of the area’s local resistance against the Nazis.

Now Vershitskaya fears for the museum’s future. Her termination and her assistant’s in early March have left the museum a single staffer – a recently hired researcher.

An act of retribution

Vershitskaya believes her firing was retribution for her association with anti-government protests.

For months, Belarusians have been protesting against the government of President Alexander Lukashenko. The protests began after Belarus’s opposition leader contested the results of Lukashenko’s August election to a sixth term, an election widely condemned as fraudulent.

Protests swept through the capital, Minsk, and quickly spread to other cities throughout the country. The state responded with severe repression. Human rights groups documented abuses. Nearly 7,000 people were detained in the first few weeks of protests alone, including several members of the country’s Jewish community. A September statement from the United Nations cited more than 450 cases of torture of protesters.

As the police clamped down and street protests subsided, protestors found other ways to resist.

In Novogrudok, they turned to the Museum of Jewish Resistance.

“They chose to order regular tours every Sunday,” Vershitskaya told the Forward. Tours were a regular service offered by the museum, and she was happy to oblige them.

Unlike a traditional protest, which would have been quickly disrupted by police, the weekly tours gave the protestors a pretense to gather.

They wore no banners and sang no chants, she said, but merely listened as Vershitskaya took them around the old ghetto and taught about the region’s history of resistance to tyranny. They knew their presence made it clear to government officials that they were not afraid to gather in public.

But Belarusian police were never far away.

“Two or three officers would follow us each time,” she said.

For the most part they didn’t interfere, but that changed in late January, when police interrupted the tour and detained Vershitskaya and several of the group members.

One tour member, was sentenced to ten days in prison, on charges of engaging in a solitary unauthorized picket, for participating in Vershitskaya’s tour.

“Nobody called me, nobody told me that I had done something wrong, but a week later my colleague and I were suddenly informed that our contracts wouldn’t be extended.”

Despite the fact that the region was home to many Jews in pre-war Europe, Belarus has no dedicated Holocaust museum. Instead, Holocaust memory is preserved in smaller museums like the Museum of Jewish Resistance or as part of larger local Jewish and history museums. 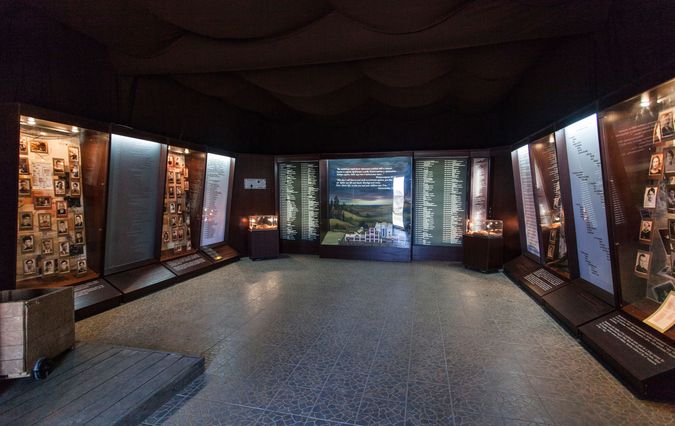 Though the Museum of Jewish Resistance is largely funded by donations, and receives little state support, it operates under the umbrella of the Belarus’s Ministry of Culture, giving it the power to fire Vershitskaya.

With the ousting of Vershitskaya and her assistant, Galina Kovalchuk, only a young researcher remains at the museum.

With such a skeletal staff, it has little ability to function. Vershitskaya is hopeful but unsure that it may be able to take on new employees when a new batch of students graduates from university in the fall.

The fact that the museum may have to close is especially distressing to descendants of Jewish partisan groups such as the Bielskis and researchers worldwide, for whom the museum is an important source of history.

They’ve raised their voices to bring attention to the situation. 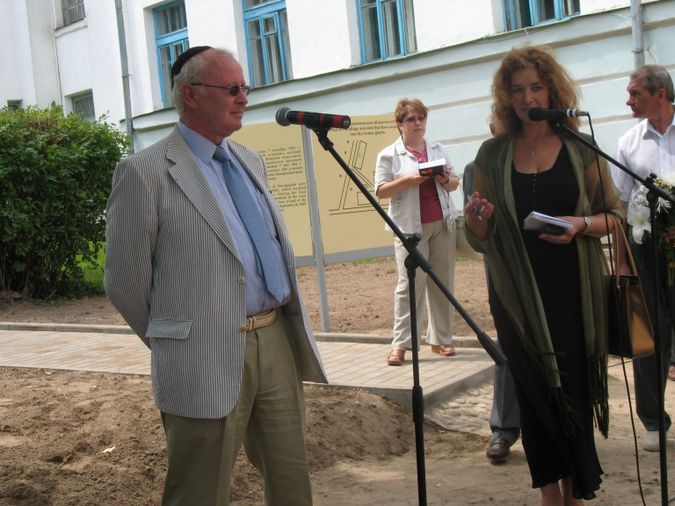 “The dismissal of Tamara Vershitskaya, who founded and curates the Museum of Jewish Resistance, threatens Holocaust memory in Belarus by entangling the history of Jewish suffering with present-day politics,” read a statement signed by a group of Holocaust Studies scholars. “It is deeply troubling that the unique narrative of Jewish resistance during the Holocaust in Belarus might be subject to unfounded government intervention.”

However, Vershitskaya says she has no regrets.

No matter the fate of the museum, she is dedicated to preserving its mission.

She has long wanted to build a memorial to the Bielski partisans by preserving the remains of their camp in the Naliboki forest. With her newly found free time Vershitskaya has begun working with artists from around the world to make that dream a reality.

“The museum was not just a job for me. It was my life. But my life goes on and I am continuing to do what I can in this new situation,” Vershitskaya said.