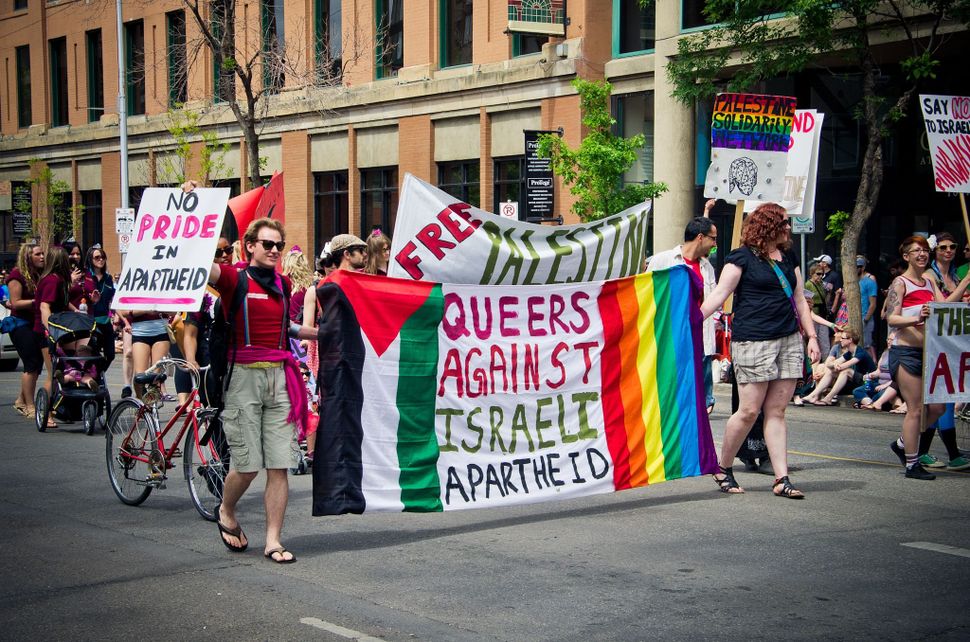 A demonstration at the Edmonton Pride Parade in 2011. Photo by Kurt Bauschardt/Wikimedia Commons

Human Rights Watch weighed in this week on the Israeli-Palestinian conflict by using the term “apartheid” in its report on conditions in the West Bank and the Gaza Strip.

For some, the term justifiably assigns a harsh label to a harsh reality of oppression and occupation. For others, it’s an overstatement that has dangerous implications for Israel’s future.

But it’s not the first time a widely-respected organization or influential person has used the term. Below, find a timeline featuring some of the notable uses of the word “apartheid” in relation to Israel.

You can click on the timeline below and drag to move around within it, or select an item to learn more. Below the timeline image is a narrative version with the same information.

Jewish Agency Chairman David Ben-Gurion proclaimed the state of Israel in May of 1948 and became its first prime minister. 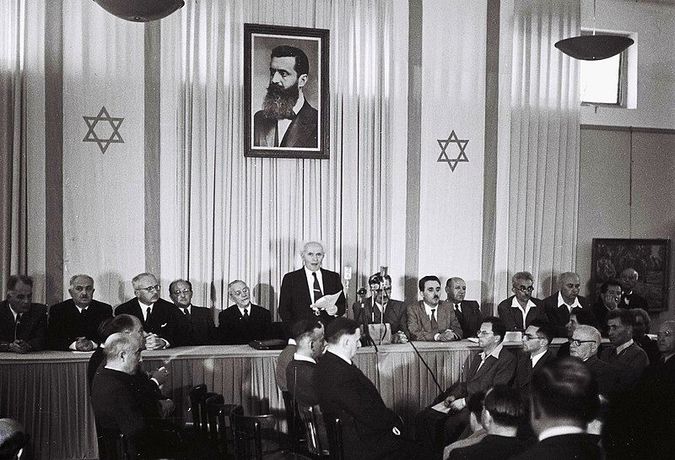 David Ben-Gurion (First Prime Minister of Israel) publicly pronouncing the Declaration of the State of Israel, May 14 1948, Tel Aviv, Israel, beneath a large portrait of Theodor Herzl, founder of modern political Zionism, in the old Tel Aviv Museum of Art building on Rothshild St. The exhibit hall and the scroll, which was not yet finished, were prepared by Otte Wallish. Photo by Israel Ministry of Foreign Affairs

“Israel is not consistent in its new anti-apartheid attitude,” he said. “They took Israel away from the Arabs after the Arabs lived there for a thousand years. In that, I agree with them. Israel, like South Africa, is an apartheid state.” 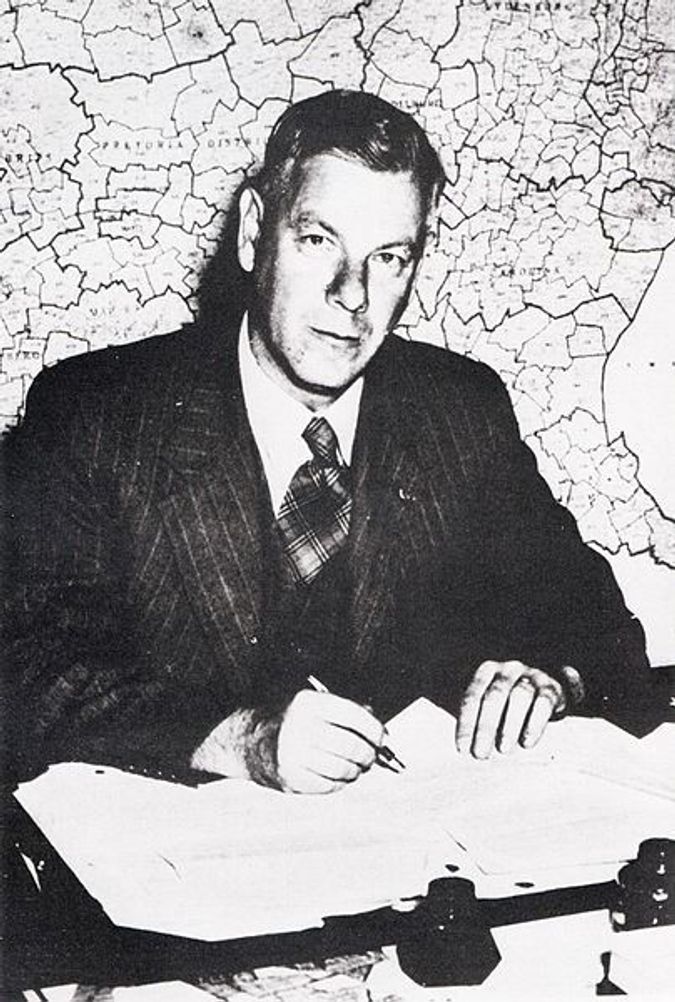 The Six-Day War displaced as many as 325,000 Palestinians from the West Bank and Gaza.

The 109 signatories to the convention created the first binding international treaty that declared apartheid and racial segregation a crime under international law. 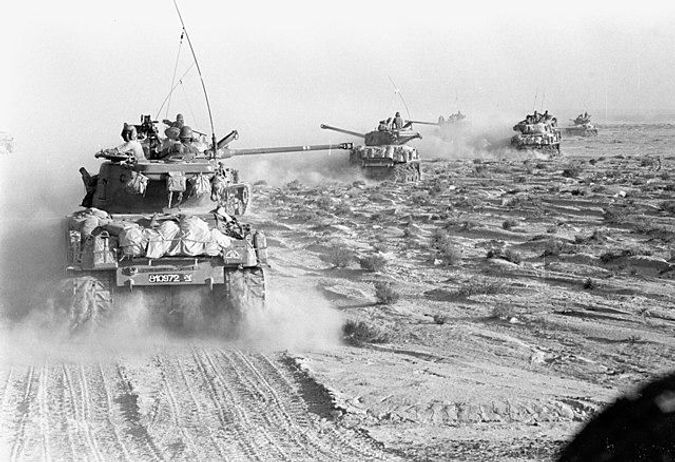 Israel’s fifth prime minister, Yitzhak Rabin, told a reporter that he was concerned about apartheid if Israel annexed the West Bank.

“I don’t think it’s possible to contain over the long term, if we don’t want to get to apartheid, a million and a half [more] Arabs inside a Jewish state,” he said. Prime Minister Yitzhak Rabin of Israel Delivering a Toast at a State Dinner Held in His Honor in 1976. Photo by U.S. National Archives and Records Administration

Uri Davis, an Israeli activist; Meron Benvenisti, an Israeli political scientist; Richard Locke, an American essayist; and Tony Stewart, a Northern Irish historian; were among those who used the term.

The Palestinian Authority was granted limited governance over parts of the West Bank and Gaza Strip. Shortly after, the Israeli government established checkpoints in those areas, and the term “apartheid” grew in popularity. 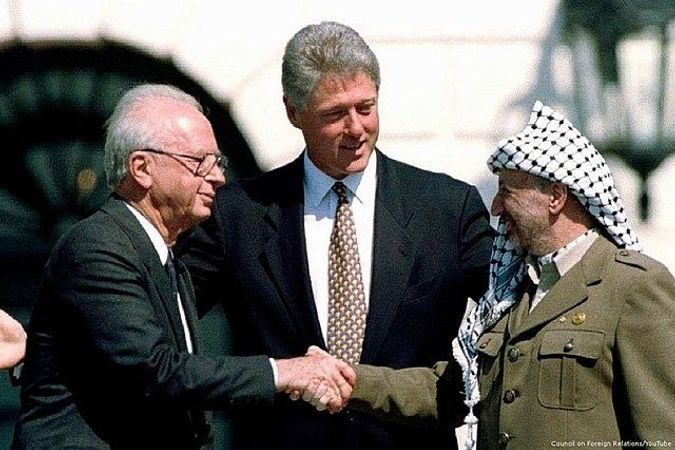 Palestinian organizations including Al-Haq, Adalah, and Badil accused Israel of committing apartheid for its use of military curfews, security checkpoints, roadblocks and maritime blockades against Palestinians.

2001 – The World Conference Against Racism

The United States and Israel withdrew from the conference because of language in a draft of the Declaration and Programme of Action that equated Zionism and racism. The language was ultimately left out, but similar terminology was used in the same year’s conference of the NGO Forum.

Since 2005, activists have gathered during one week in March to host speakers and strategize about how to pressure Israel to change its policies regarding Palestinians and Arab citizens of Israel.

2011 – Tom Friedman cautions against the ‘road to apartheid’

After former House Speaker New Gingrich called the Palestinians an “invented people,” Friedman wrote an op-ed that said that permanently occupying the West Bank put Israel on the “road to apartheid.”

“Either it ceases to be a Jewish state or you say the Arabs don’t get to vote — apartheid,” he said. “That didn’t work too well the last time I saw that practiced in a country.” 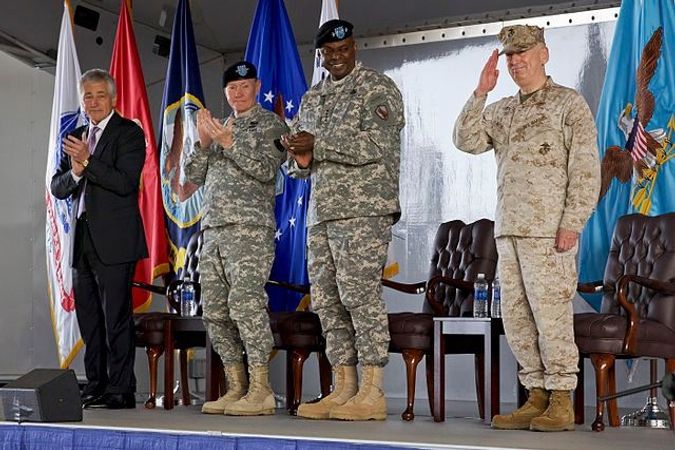 2014 – The U.N. uses the word ‘apartheid’ to describe Israel’s control of Gaza and the West Bank

The former United Nations Special Rapporteur, Richard A. Falk, wrote of “Israeli measures amounting to apartheid” in a report to the body. 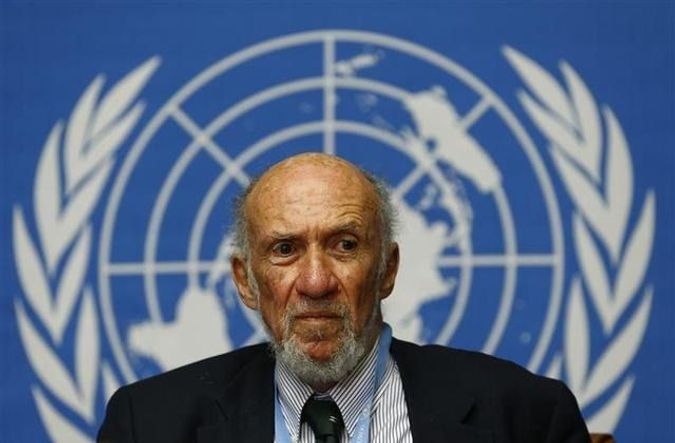 2014 – John Kerry talks of the risk of an apartheid state

Kerry, then President Obama’s Secretary of State, spoke at the Trilateral Commission in Washington, D.C., and told policy experts from the U.S. and other countries that if peace efforts failed, Israel could become an apartheid state.

“A two-state solution will be clearly underscored as the only real alternative,” he said. “Because a unitary state winds up either being an apartheid state with second-class citizens—or it ends up being a state that destroys the capacity of Israel to be a Jewish state.”

Yesh Din, an Israeli nonprofit, published a legal opinion stating that Palestinians in the West Bank suffered under the crime of apartheid.