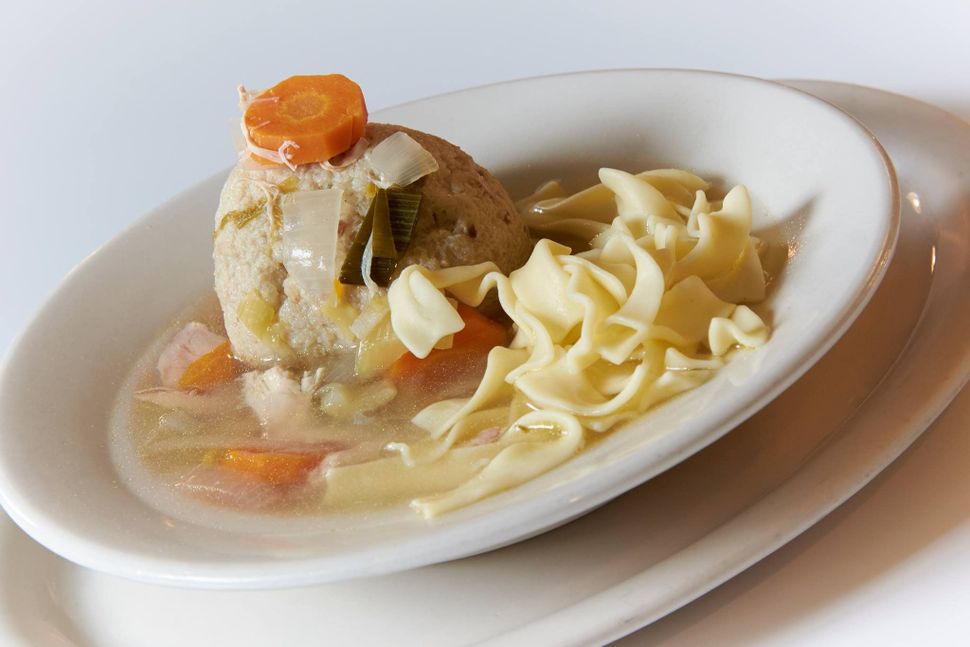 Zaidy’s Deli has been a favorite family gathering spot for Denver resident David Scherzer since his childhood – a place so familiar that he chose it as the spot to bring his 3-year-old daughter for lunch with his dying grandmother.

“One of the last meals we had with her was at Zaidy’s,” he said, recalling the luncheon of four years ago. “My daughter got to sit in her lap. One of the last memories of my grandma was in that booth.”

While delving into his own experiences at the storied delicatessen, Scherzer, 35, guessed that “most of the Jewish families in Denver” could share similar fond memories of this neighborhood Jewish institution.

That explains why, when longtime owners Gerard Rudofsky and his son Jason decided to close the restaurant after three-and-a-half decades this past October, loyal patrons – both Jewish and non – flocked to social media with well wishes, as they mourned the loss of a community staple.

But just last week, Zaidy’s customers received welcome news: they will be able to enjoy their favorite corned beef on rye and matzo ball soup again this summer, when the deli opens its doors under new ownership, at a new location and with a slightly new name – Zaidy’s Deli & Bakery.

Local community member Beth Ginsberg will be resurrecting Zaidy’s, after purchasing the business in partnership with fellow Denverites Joel Appel and his father Max, the creator of OxiClean.

Gerard Rudofsky opened the deli in 1985 in downtown Denver, before moving to the Cherry Creek neighborhood in 1992. With just a few months left on their lease and amid numerous pandemic-related challenges, the Rudofskys finally decided to close their restaurant’s doors, according to an October interview in Westword magazine. 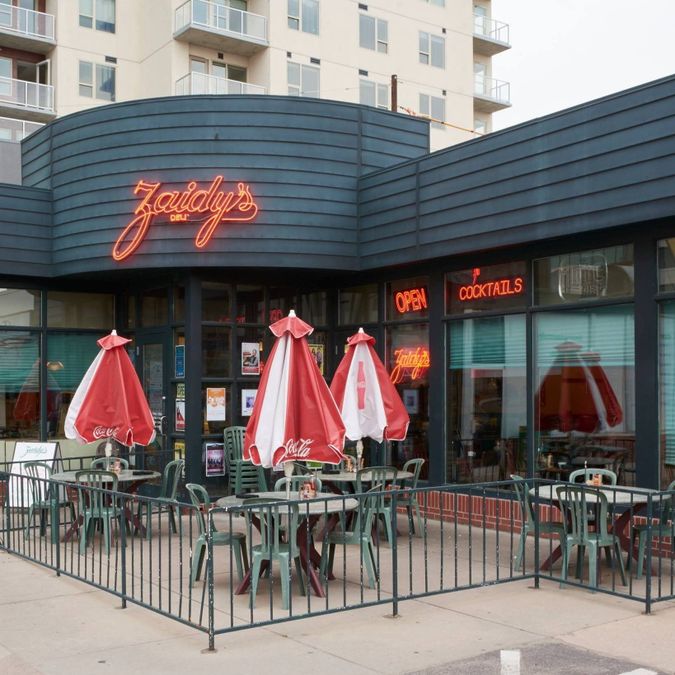 Ginsberg, the owner of Trompeau Bakery in Denver suburb Englewood and a longstanding player in the local Jewish food scene, said that as soon as the Rudofskys announced the closure, messages poured in from customers eager to share memories of baby namings and bar mitzvahs celebrated at their beloved deli.

“One of the reasons I didn’t want Zaidy’s to go away is because it’s really representative of our people and our traditions,” Ginsberg said. “The lack of Zaidy’s would have been very deeply felt.”

In nearby Boulder, the only kosher eatery is a Chabad-supervised booth at the University of Colorado cafeteria. This spring, however, Boulder is slated to get a non-kosher branch of Rosenberg’s Bagels, which operates two non-kosher branches in addition to its kosher establishment in Denver. Both cities are also home to what Ginsberg describes as “some fun new Israeli restaurants.” 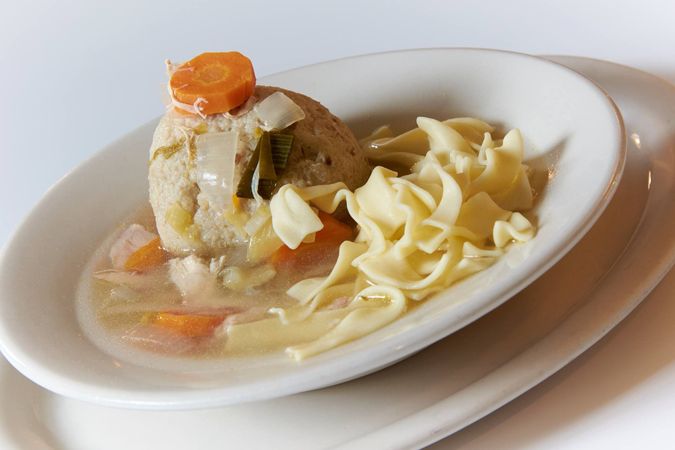 Although Zaidy’s is not kosher, its menu selections have long been representative of the traditional New York “Jewish deli” experience – featuring selections like hot pastrami sandwiches with coleslaw, challah French toast, potato latkes with applesauce and bagels and lox.

Ginsberg is particularly well-versed in the bagel industry, having owned the popular southeast Denver Bagel Store, until the business merged with Rosenberg’s Bagels to become Rosenberg’s Kosher in 2017. During her tenure at the Bagel Store, Ginsberg supplied bagels to Zaidy’s Deli, and she is confident that they measured up to the New York doughy ring.

“When you ask somebody, what’s a New York bagel, they’re all over the map,” she said. “There isn’t really one bagel.”

That being said, Ginsberg confirmed that her bagels include high-gluten flour, brown sugar and malt syrup and adhere to a fully boiled, traditional recipe.

“I don’t know that there’s anybody in the city of Denver who has made more bagels than Beth,” added her business partner Joel Appel. “When you walk through Zaidy’s, you’re going to smell the fresh bagels.” 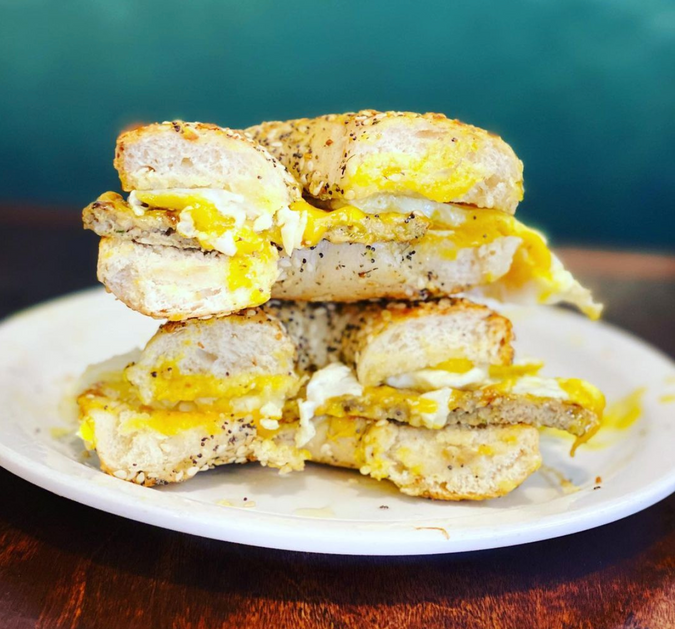 Both Ginsberg and Appel stressed the importance of maintaining tradition at the new venue, which will be located about two miles southeast from the old spot. Appel said they will be making their own smoked fish and still offering celebrated fare like a corned beef sandwich or a Reuben. The patriarch of Zaidy’s, Gerard Rudofksy, will also continue to work for the new restaurant for the next few years.

“He’ll be the head macher,” Ginsberg added. “His presence will solidify the transition from Cherry Creek to this location.”

That said, Ginsberg and Appel do have some changes in mind for the new Zaidy’s, which they hope to open this July. Because the restaurant itself is larger, Ginsberg will be able to house a bakery on-site, for the preparation of fresh bagels and rye bread. Appel also discussed the possibility of including some new additions to the menu, with the idea of appealing to millennials like his own children. 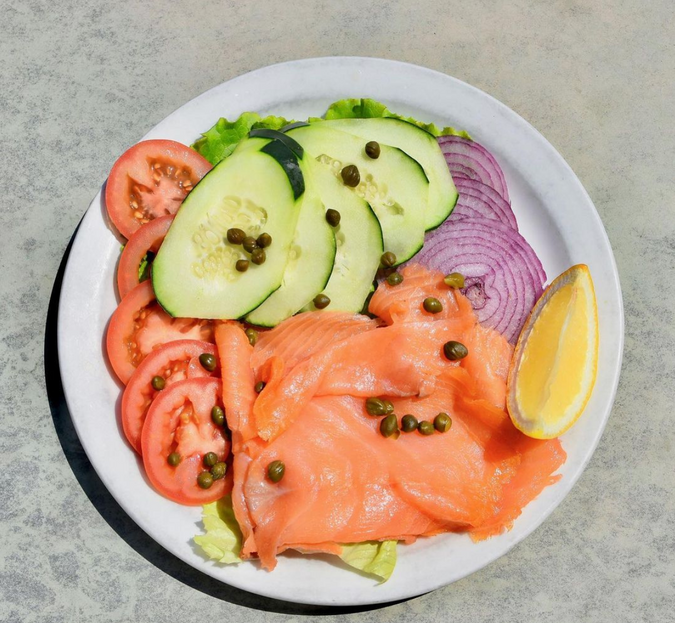 Although the new business will place an increased emphasis on takeout options, Ginsberg expressed confidence that people would be willing to sit down both on the patio and indoors, as many of Denver’s restaurants are already full.

Given the larger space, as well as the accessible, free parking available nearby, Ginsberg and Appel are also planning an adjacent “Zaidy’s Next Door” – an events space with a catering kitchen for special programming and Shabbat dinners. As pandemic restrictions ease and families scramble to host out-of-town guests, Appel said he sees Zaidy’s playing an important role in reuniting loved ones.

“I think it’s important for people to come back and see their friends and have their comfort food,” he said. “You could walk into Zaidy’s and see people you haven’t seen in 14 months.”

Scherzer, the lifelong Zaidy’s customer who linked the spot with memories of his grandmother, acknowledged that the new restaurant will be different. He said he was happy, however, that another local community member would be at the helm.

“When Gerard opened it, my parents were about the age I am right now,” Scherzer added. “I am really hopeful that the new space can become a place where younger families can make their own memories.”