Menu
HomeThe Azarova Affair: Did the University of Toronto pass on a professor for being critical of Israel?
Courtesy of Twitter/Azarova

The University of Toronto rescinded a verbal offer to an international legal scholar because a donor expressed concerns over her scholarship critical of Israel, making the university the latest flashpoint in ongoing concerns about academic freedom and the Israeli-Palestinian conflict.

German international law professor Valentina Azarova, who recently taught at the University of Manchester International Law Centre, was the unanimous choice to direct U of T’s International Human Rights Program (IHRP) and had received a verbal offer to fill the position, which had been vacant since September 2019. She was to immigrate to Canada, where her husband is a citizen, by January 2021.

Although Azarova has written extensively on the Israeli-Palestinian conflict in the context of international human rights, she’s also written about migrant issues and the European Union, as well as the conflicts in Libya and Nagorno-Karabakh.

But tax judge David Spiro, who, in addition to being a U of T donor and alumnus, previously sat on the board of the Centre for Israel and Jewish Affairs — Canada’s preeminent Israel lobbying organization — got wind of her appointment and called an assistant vice president on Sept. 4, 2020, to suggest Azarova not be hired.

On Sept. 9, the university rescinded its offer to Azarova. The school denies Spiro’s intervention was a factor.

News of the decision, and suspicions that the decision came at the behest of a donor, has lead to a major backlash against U of T. The entire hiring committee that recommended Azarova resigned, and the Canadian Association of University Teachers, which represents 72,000 academic professionals across Canada, voted 79-0 in favor of a censure against the university. CAUT is actively discouraging its members from participating in conferences and lectures there.

In arguably the most high profile example of this censure in action, former governor general (Canada’s technical head of state who represents the Queen) Michaelle Jean cancelled a planned lecture at U of T. Although she didn’t specifically mention the Azarova affair, a tweet sharing her statement on the cancellation, which cited the need “to protect academic freedom for all” tagged CAUT and included #UofTcensure.

In this spirit, former deputy director of the ACLU Jameel Jaffer resigned from his role at U of T’s Munk School of Global Affairs.

There’s also several complaints before the Canadian Judicial Council concerning Spiro’s conduct and how it may prejudice him against certain litigants. “Any party or lawyer before it who is Palestinian, Arab or Muslim could reasonably fear bias,” reads one complainant, Queen’s University law professor Leslie Green.

A March 2021 report into the Azarova affair from former Supreme Court Justice Thomas Cromwell essentially outlines Spiro’s effort to interfere in the hiring process, but concludes that this had no impact on administration’s decision. The report doesn’t name names, but based on extensive reporting from the Toronto Star and Globe and Mail, the major players are already well-known.

The report says Spiro (the “Alumnus”) was informed of the appointment of a “major anti-Israel activist” by CIJA (the “Organization”). “The hope is that through quiet discussions, top university officials will realize that this appointment is academically unworthy, and that a public protest campaign will do major damage to the university, including in fundraising,” CIJA wrote in an email to Spiro.

Spiro dutifully called the assistant vice president to express his concern — or as he told the inquiry, to encourage the school to do its “necessary due diligence” — about a potential hire that should have been confidential. These concerns were relayed up the administrative ladder to then-dean Eward Iaocobucci, who wrote Azarova to tell her the offer was off the table.

But Cromwell concluded it was the inability to get Azarova a work visa by the end of September, not an explicit effort by a donor to derail her candidacy, that was the reason she didn’t get the job.

While preparing the report, Cromwell gave a keynote lecture at an event co-sponsored by CIJA — the very organization that had urged Spiro to use his influence to ensure Azarova didn’t get hired — on Feb. 9, 2020, entitled “Rule of Law in Times of Crisis”.

In response to an inquiry about this ostensible conflict of interest, CIJA spokesperson Martin Sampson didn’t directly address the question.

“The Honourable Thomas Cromwell is a retired Justice of the Supreme Court of Canada with a stellar reputation who authored a serious and full report,” Sampson said, adding that Cromwell’s speech was part of an annual legal conference CIJA hosts in conjunction with the United Jewish Appeal in Toronto.

The university argues that principles of academic freedom simply don’t apply in this case, as the IHRP directorship is a managerial, not an academic role, while simultaneously echoing Cromwell’s conclusion that the decision not to hire Azarova had nothing to do with her political views.

In April, seven U of T law professors wrote an open letter to U of T president Marc Gertler arguing that the report’s conclusion doesn’t match its findings. This is because throughout the report, they write Cromwell takes the dean’s interpretation of the events as gospel. For example, the professors point out that in the report, the school’s own immigration lawyer refuted Iacobucci’s claim that Azarova couldn’t begin the first semester from abroad without a work permit.

“It takes a remarkable degree of naivete – or willful blindness – in the face of these uncontested facts to conclude that Justice Spiro did not attempt to interfere in the hiring process but was merely sharing his views to encourage ‘due diligence.’ But even if this were true, such sharing of views would amount to a gross interference in a confidential job search and is indisputable evidence of egregious violations of University hiring procedures,” they wrote.

The Cromwell report acknowledges Azarova had “sterling” references. One of two referees is Itamar Mann, a professor of international human rights at the University of Haifa, who is colleagues with Azarova at the Global Legal Action Network, which initiates human rights litigation in international fora on migration and refugees, war and conflict, and environmental issues.

He’s worked directly with Azarova on a project concerning abuses against migrants and refugees in Libya, as well as another on refugee and migrants rights in Greece. It never occurred to him that her appointment would be controversial, he said, or that a donor would interfere in the hiring process at a Canadian university.

“This is something that, frankly speaking, would never happen in an Israeli university,” Mann said. “I did not think that an appointment such as this one would be affected by such positions. It did not cross my mind that this was even a possibility.”

There are many Israeli scholars in the human rights field that share Azarova’s views opposing settlements in the West Bank, the separation wall and the blockade of Gaza, while supporting an International Criminal Court investigation into these abuses and targeted boycotts of the settlements, he added.

In a statement celebrating the Cromwell report’s conclusion, B’nai Brith Canada expressed outrage that Azarova was even considered for the position.

“The director of an international human rights program at a law faculty should not be exclusively and relentlessly advocating on one side of a complex controversy,” said Michael Mostyn, B’nai Brith Canada chief executive officer.

“Her appointment would have alienated Jewish law students and professors, or anyone who in any way supported Israel, and contributed to a discriminatory and unsafe environment at the law school.”

Mostyn did not identify any specific concerns with Azarova’s scholarship, nor did B’nai Brith Canada’s submission to the Cromwell inquiry. 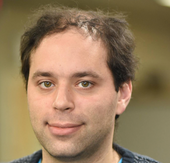 Jeremy Appel is a Calgary-based municipal politics reporter at the Sprawl, who’s work has also appeared in Jacobin and the Alberta Jewish News. Follow him on Twitter @JeremyAppel1025

The Azarova Affair: Did the University of Toronto pass on a professor for being critical of Israel?