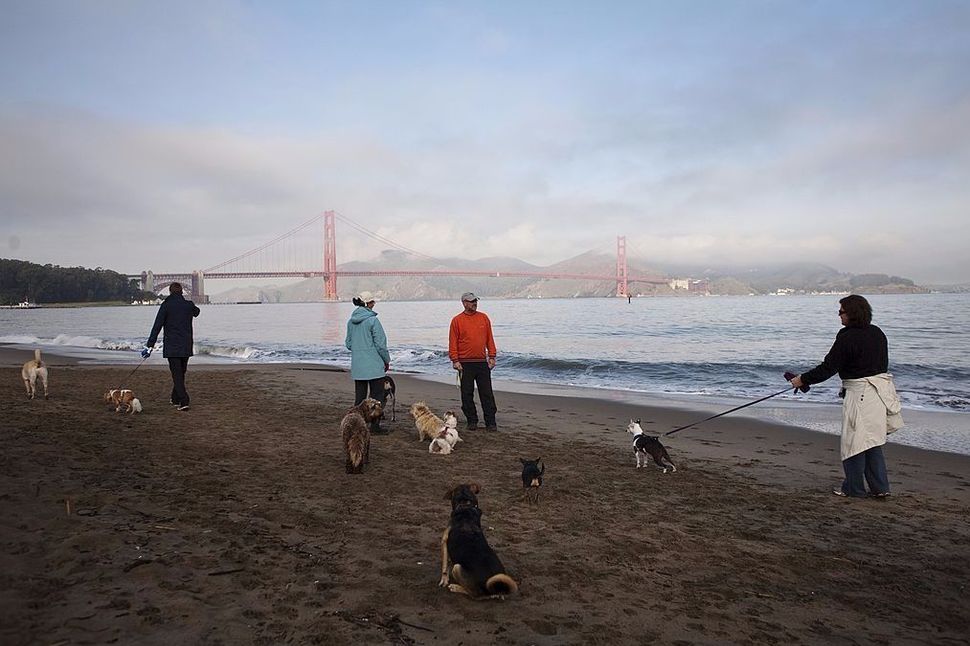 The Golden Gate Bridge can be seen behind Crissy Field as people walk their dogs along the beach in San Francisco, California. Image by Getty Images

In a historic endorsement, the teachers’ union for the San Francisco Unified School District passed a resolution on May 19 in support of the boycott, divestment and sanctions movement against Israel.

The United Educators of San Francisco, which is affiliated with the AFL-CIO, the largest federation of unions in the country, is the first American K-12 union of public school teachers to officially support BDS, although other education and trade unions have done so. The resolution was passed right before Israel and Hamas agreed to a cease-fire on May 20 after 11 days of fighting.

The measure, which was submitted to the UESF’s assembly by 10 union members from several K-12 schools in San Francisco, including June Jordan and Washington high schools, Francisco Middle School and Clarendon Elementary, is titled “Resolution in Solidarity with the Palestinian People.” 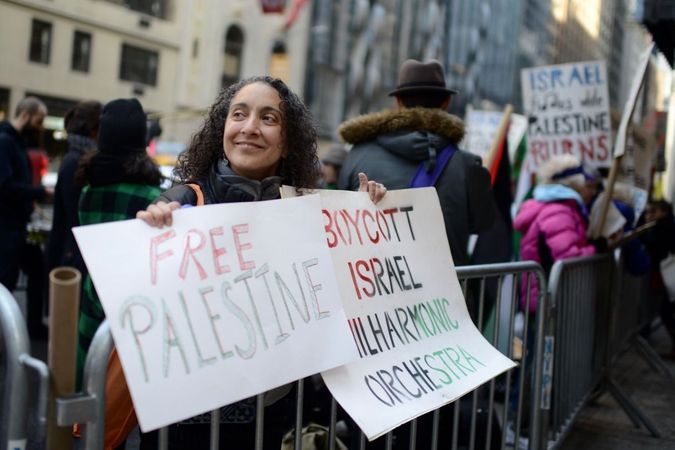 A call to support BDS comes at the very end of the resolution in a single sentence. The resolution also calls on the Biden administration to end aid to Israel. The 388-word document also denounces Israel’s “forced displacement and home demolitions” of Palestinians in Jerusalem and “a regime of legalized racial discrimination.”

“Whereas, as public school educators in the United States of America, we have a special responsibility to stand in solidarity with the Palestinian people because of the 3.8 billion dollars annually that the US government gives to Israel, thus directly using our tax dollars to fund apartheid and war crimes,” the resolution reads.

It also calls for Israel to end its “bombardment of Gaza and stop displacement at Sheikh Jarrah,” referring to the neighborhood in East Jerusalem that has become a flashpoint of conflict between Israelis and Palestinians.

According to the online magazine Tempest, which describes itself on its Facebook page as a “revolutionary socialist organizing project,” four San Francisco union members spoke against the resolution while “about a dozen” spoke in support. The final vote, according to the magazine, was 23 in favor, six opposed and seven abstentions.

UESF president Susan Solomon, whose organization represents some 6,200 teachers and school employees, told J. that resolutions are “presented, discussed and debated” by the union’s assembly members.

“Rather than supporting all students whose families may be impacted by the conflict, Israelis, Palestinians, Jews, and Arabs, this vote will contribute to Jewish students feeling unsafe and unwelcomed in San Francisco public schools,” he said. “We are committed to fighting for fair and inclusive policies to support Jews and other marginalized communities in public education.”

A substitute resolution was also submitted by substitute teacher and former executive vice president of UESF Linda Plack, which omitted the endorsement of BDS, included a mention of Hamas rocket attacks on Israel and called on President Joe Biden to end the conflict through a cease-fire.

”Therefore, be it resolved, that United Educators of San Francisco (UESF) expresses its solidarity with families in San Francisco who are worried for the safety and security of their friends and relatives in the region,” the substitute resolution read.

According to Jeff Schuhrke, a labor historian and visiting lecturer of history at the University of Illinois at Chicago who has written in support of teachers’ unions endorsing BDS, it is the first time since 2016 that any union in America has officially backed the BDS movement.

Other unions to support BDS in the United States include the Industrial Workers of the World; the United Electrical, Radio, and Machine Workers; graduate workers at the University of California (UAW Local 2865); UMass Amherst (UAW Local 2322); and New York University (UAW 2110), Schuhrke said.