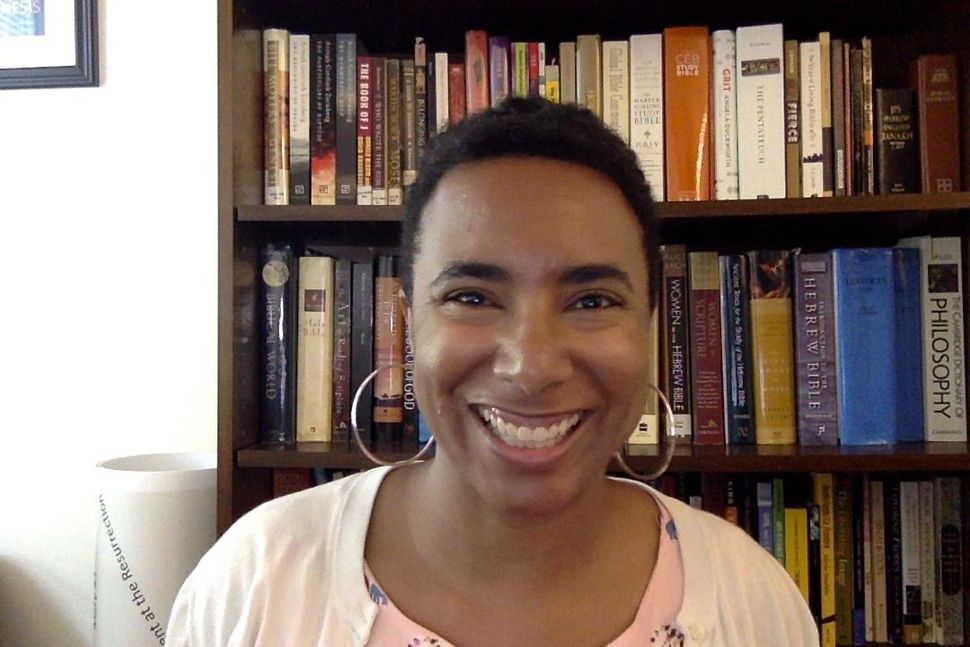 Amanda Beckenstein Mbuvi’s first day of teaching a biblical Hebrew intensive to Sudanese seminary students went great. The second, fairly well. But by the third day it was clear that her pupils were falling behind.

“Nobody was studying,” Mbuvi said. “Because when it got dark they didn’t have electricity.”

That 2005 trip helped form Mbuvi’s views of the breadth of what effective education must encompass. Now, she’ll be bringing that approach to help shape the next generation of Jewish spiritual leadership, as the next vice president of academic affairs at the Reconstructionist Rabbinical College outside Philadelphia.

Mbuvi’s appointment, news of which the college began sharing with members of the seminary community on Wednesday, marks the first time a Jew of color will lead a major rabbinical school. But that’s not why officials there selected her, according to Rabbi Sandra Lawson, the movement’s first-ever director of racial diversity, equity and inclusion.

From a broad and diverse pool of candidates, Lawson said Wednesday, Mbuvi stood out as the person who could best oversee the movement’s responsibility to train its next generation of rabbis, and especially impressed the students she would lead.

JUNETEENTH 2021 Thursday at 2 p.m. EDT: Rabbi Sandra Lawson of Reconstructing Judaism and Tema Smith, a Forward contributing columnist, join our editor-in-chief, Jodi Rudoren, for a conversation about Judaism and racial justice. How far have we come — and how much more we have to do. Sign up here.

Mbuvi, 44, is a scholar of the Hebrew Bible and currently a professor of religion at High Point University in North Carolina, where she helped create the school’s first Jewish studies minor. She is also the author of “Belonging in Genesis,” a book about storytelling and identity formation in the Bible.

“I don’t think she was on everyone’s radar,” Lawson said, but Reconstructing Judaism found her by casting a wide net.

As vice president of academic affairs at the Reconstructionist Rabbinical College (RRC) outside Philadelphia, Mbuvi will take charge of its curricula and lead its faculty. She will work alongside Rabbi Deborah Waxman, who leads the movement and is ultimately responsible for both the congregational union and seminary.

Mbuvi, in an interview with the Forward, said she would bring an open mindset to the job that she honed in academia and beyond. Her story about that 2005 trip to southern Sudan is instrumental to understanding her philosophy,

Besides the electricity issues, Mbuvi soon realized her other expectation — that the students would live and breathe Hebrew during the three-week program — was not a given for people unfamiliar with such immersive programs. The trip, she said, helped her to think more critically about how to approach education.

“The culture of education itself is something that exists and, therefore, can be reimagined in whatever way might be most effective,” she explained.

While she is not herself a rabbi, Mbuvi said she is eager to train future Reconstructionist clergy to embrace diversity within the Jewish community. She plans to make sure students are exposed to a wide breadth of voices in the classroom and to create an environment where they feel comfortable discussing the different ways to be Jewish in the United States.

“American culture makes it really hard to navigate these differences because people are afraid if they say the wrong thing it’ll become really offensive,” Mbuvi said. “So I see my role as creating a comfortable environment for that and modeling that and leading that.”

While attending graduate school at Duke University, Mbuvi joined Beth El Synagogue in Durham, a Conservative congregation that was led by a Reconstructionist rabbi at the time. As she began looking to take on new Jewish observances as an adult, Mbuvi said she found herself returning to Reconstructionist sources again and again.

Her High Point University biography says that Mbuvi was born into an interracial family and “grew up Jewish in the Black church.” In the interview, Mbuvi was reluctant to elaborate on her religious upbringing, noting that there is a problematic tendency within Jewish communities to question the background of Jews who are not white.

“That becomes one of the first things people ask me because, visually, I don’t meet their expectations,” she said.

In addition to her academic work, Mbuvi managed an adult-literacy program in North Carolina and has been active in the Greensboro Jewish community. She served on the boards of Beth David Synagogue and B’nai Shalom Day School, and is a past member of the local federation and community relations council.

While Mbuvi emphasized that her role as Black Jewish leader was just one component of her experience, she described various ways in which many white Jews continue to overlook Jews of color. As an example, Mbuvi said she received a survey from a national Jewish organization that had a way to indicate that one’s household was “interracial” but not that it was entirely Black.

“It didn’t even occur to them that there might be a Jewish household with no white members,” Mbuvi said. “People haven’t even gotten that far yet.”

Correction: A previous version of this article listed Andrew Mbuvi’s past role as a professor at Shaw University. He currently works as a lecturer at the University of North Carolina Greensboro.