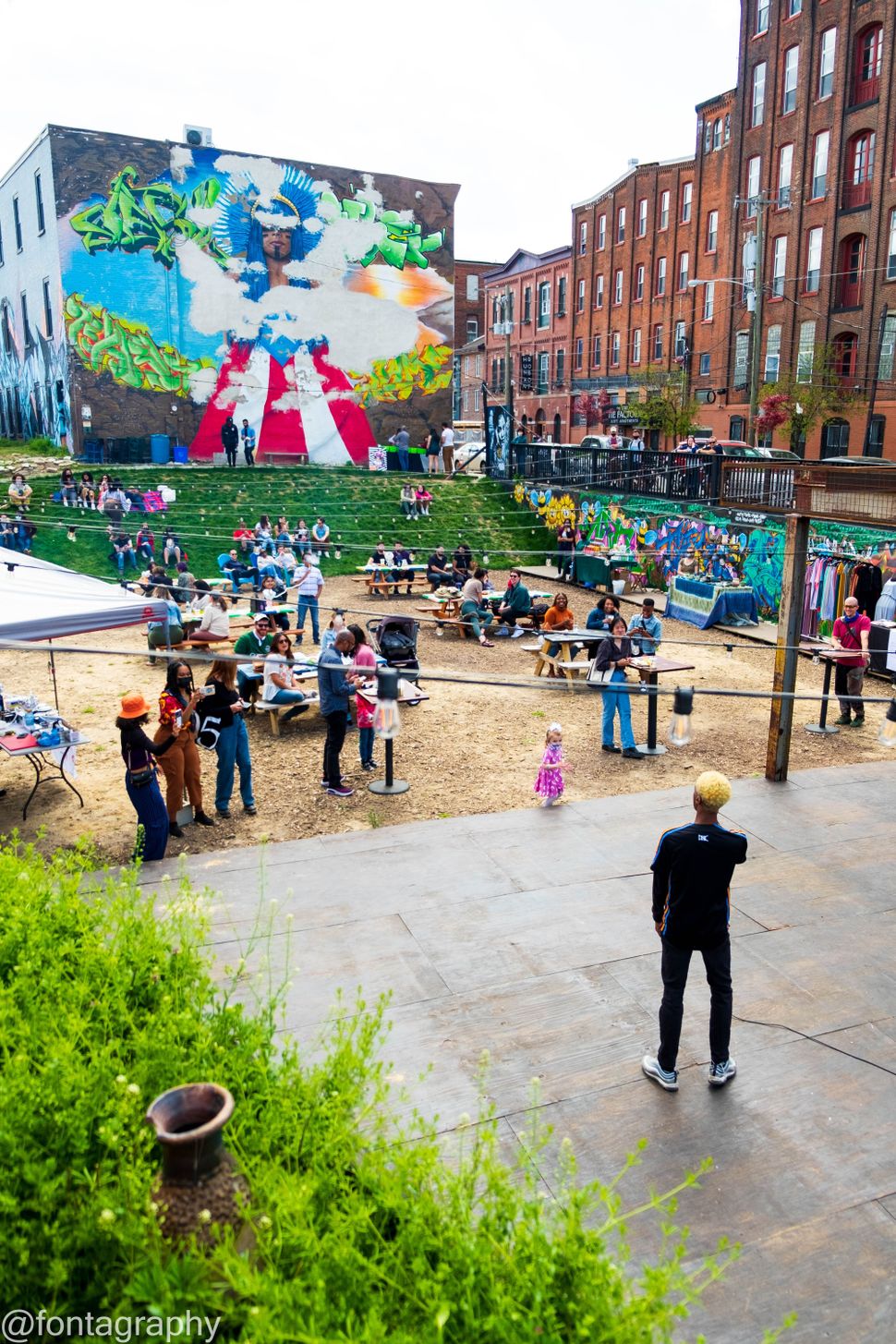 The North Philadelphia location of Eat Up the Borders’ “Taste of Home” festival. Courtesy of Cindy Ngo

To thousands of people on social media, it seemed as if antisemitism and anti-Zionism had motivated the organizers of a North Philadelphia food festival to disinvite the owner of the Israeli food truck Sunday. Threatened with talk of boycotts and protests, Cindy Ngo, whose Eat Up the Borders group hosts the “Taste of Home” festivals, had notified the owner of Moshava, the Israeli truck, that he should not show up.

Her move was met by torrents of accusations of anti-Jewish bigotry. By the morning of the festival, there were 4,000 comments on social media, as well as a widely circulated post from StopAntisemitism.org.

Ngo has since apologized for her handling of the situation. In a statement, her group called its actions “ignorant and inexcusable.” She said its intentions were not antisemitic, but the reaction of people who had neither the experience or resources to figure out a better way to respond to those threatening to upend the festival.

“I’m very sorry. We never meant any of this,” said Ngo. “People may see this as a cop out, but we did the best we could have done with the knowledge we had at the time.”

She spoke to the Forward in hopes of clarifying how competing barrages of vitriol on social media drove her to take steps she now regrets.

The owner and operator of the Israeli food truck, Israeli-American chef Nir Sheynfeld, believes she intended no harm. “What happened is unfortunate, but they’re not antisemitic or malicious,” said Sheynfeld, who timed the truck’s grand opening to a “Taste of Home” event in May.

Ngo begins the story then, at the Eat Up the Borders event where Moshava made its debut.

“When they came out the first time, there was some pushback,” said Ngo, who runs Eat Up the Borders with a group of volunteers while working three other part-time jobs. Supporters of Palestinians spoke to Ngo, objecting to Moshava’s inclusion. She said she felt confused. “It was very much like ‘Why? This doesn’t make sense to me.’”

In response to the criticism, Ngo decided to also feature a Palestinian food vendor at a June event, she said. She had some awareness of recent violence in Israel and Gaza, and so planned to check in with Sheynfeld and the Palestinian vendor, confirming that both would attend the festival. But before she reached out, the Palestinian vendor told Ngo that she would be unable to come because of time constraints.

Ngo then tried to find another vendor to take the place of the Palestinian one. “I was thinking as an event organizer, and not as a community leader about the next step,” she said.

Her social media lit up with outrage from people who noticed that the Palestinian vendor was no longer part of the Taste of Home’s lineup. “There was a storm of comments, tags and messaging saying ‘We’re gonna boycott you,’” Ngo said. The comments also included threats to protest outside the venue.

The small, local festival, which operates in partnership with North Philadelphia community-based nonprofit Sunflower Philly, typically hosts three to four food vendors, in addition to artisans and small business owners. “It’s not like we have a football field of space and 20 trucks were pulling up,” Ngo said.

The group’s decision to disinvite Moshava was intended to maximize the safety of the vendors and attendees, taking into consideration the small size of the outdoor venue and the inability to close off the space, Ngo said. “If there’s a boycott outside, it’s not safe whatsoever.”

Given Eat Up the Borders’s previous relationship with Sheynfeld, Ngo intended to invite Moshava to a future event, but not this one. The goal was to appease those threatening boycotts and protests, she said.

The organization’s biggest mistake was that it didn’t consider the larger political implications of giving in to pressures against a Jewish, Israeli-owned business, Sheynfeld said. “What you’re doing when you’re caving into them or abiding by what they’re asking is just empowering them to do worse things the next time,” Sheynfeld said. “I think that’s what was overlooked.”

In hindsight, Ngo said she wishes she would have been slower in her decision-making.

“If we would have stopped and taken two steps back, we would have made the right move,” Ngo said. “Our thought process was that the show must go on. We didn’t understand, and we didn’t decide to deepen those conversations.”

She said she was unprepared for the outcry about antisemitism from places far beyond Philadelphia. “It’s a very small event, and I had a small mindset,” she said. And she finds it disconcerting when she thinks of how the national discourse around Israel and antisemitism has come to her North Philadelphia community. The vitriol can be scary, she said. “When I looked at my phone, it became very triggering. Our faces are out there, and people are telling us to go kill ourselves.”

She said she felt too overwhelmed by the messages to respond. “How can you voice out what you really want to say, when there is a sea of people telling you how hurt they are?”

Ngo said she didn’t think to ask police to help secure the event and didn’t have the money to hire security. “If I could have protected everyone in that space, I would have, but I’m just a one-woman team out here,” she said.

Ngo, Sheynfeld and Sunflower Philly said they are looking forward to working together at future Eat Up the Borders events.