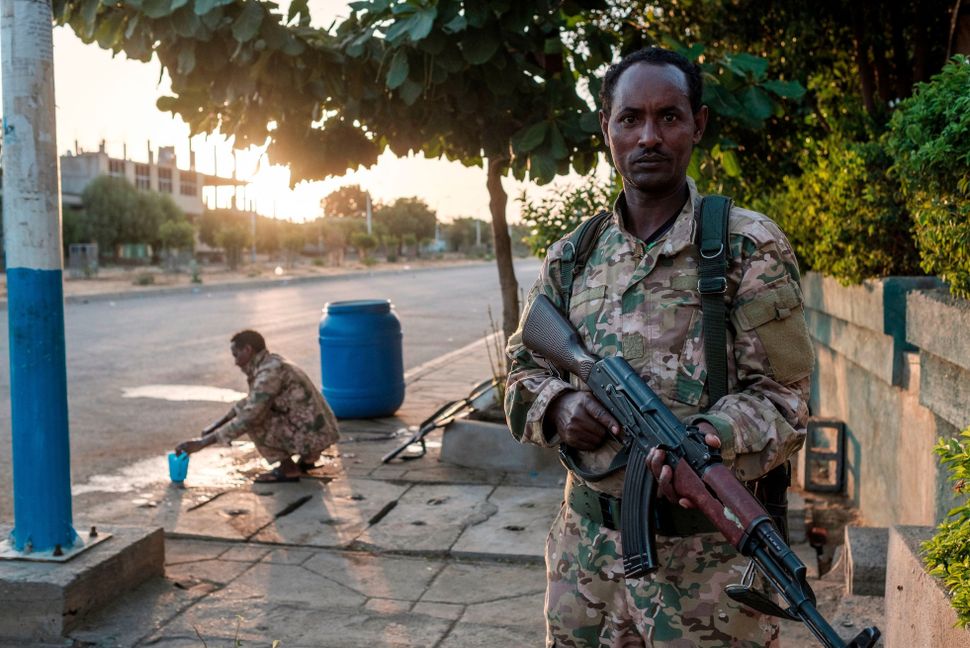 A member of the Amhara Special Forces holds his gun while another washes his face in Humera, Ethiopia, Nov. 2020. By EDUARDO SOTERAS/AFP via Getty Images

Tahini, that creamy, silky condiment made of toasted and ground sesame seeds, is at the center of a vicious civil war in Ethiopia’s Tigray province. The war, and the famine conditions that now affect close to a million people there, may be upending the cultivation of what has become an internationally in-demand crop.

Since November 2020, Tigray has been the epicenter of the grisly conflict between that province’s ruling party and the federal government of Ethiopia. According to a report in Vox, there have been 150 massacres with thousands of people reported dead, 4.5 million of Tigray’s 6 million people are in need of food aid, and at least 60,000 refugees have fled to neighboring Sudan.

On Monday, Ethiopian forces withdrew from the Tigrayan capital of Mekelle, a temporary victory for regional forces that experts say does not mean the fighting is over. 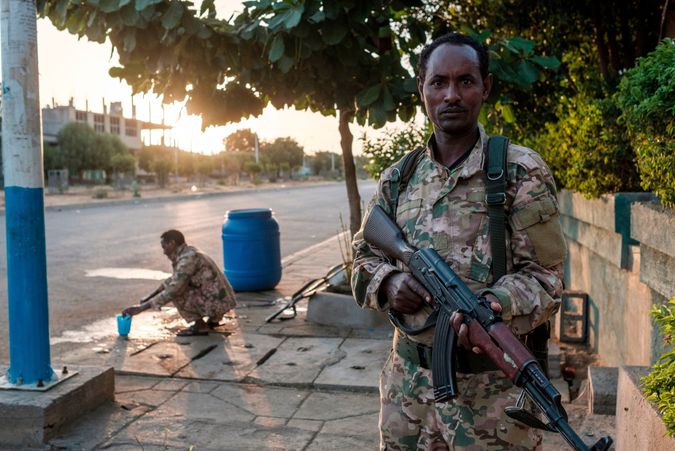 A member of the Amhara Special Forces holds his gun while another washes his face in Humera, Ethiopia, Nov. 2020. By EDUARDO SOTERAS/AFP via Getty Images

Caught in the middle are the farmers who have come to rely on their unique crop for their livelihood, and the far-less affected downstream users who enjoy their unique sesame seeds in the form of tahini.

The tahini story began 15 years ago when Israeli importers discovered the Humera seed grown in Ethiopia, a variety of sesame seed that SAVEUR Magazine called “ground zero for sesame specialists’ most coveted seed.”

By replacing lower-quality sesame seeds with the better-quality Humera, as well as implementing an upgrade in the type of technology used to grind the seeds, Israeli tahini morphed from chalky and bitter to the creamy and luscious spread we know today.

In recent years, according to an Ethiopian sesame seed broker, Ethiopia sells 250,000 metric tons of Humera and Humera-type seeds around the world. Of that total, 50,000-60,000 metric tons go to Israel to satisfy local demand, and, after being turned into tahini, international demand. The broker spoke to The Forward on the condition of anonymity because of the ongoing strife. 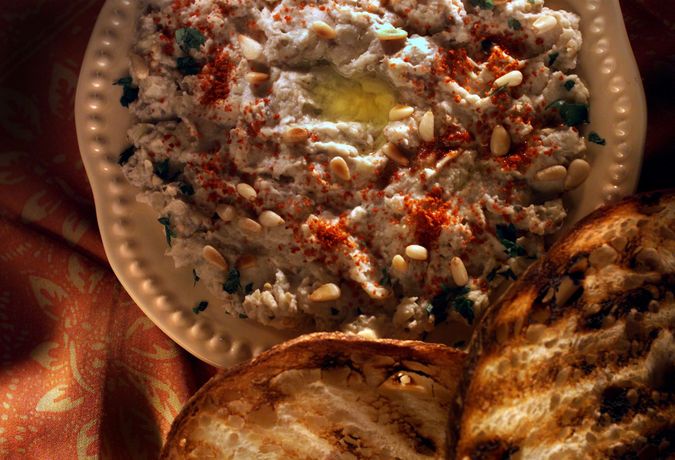 A bowl of tahini, eggplant, and pinenuts By Kirk McKoy/GETTY

The war in Tigray has led to the devastation of the city of Humera and the abandonment of the nearby sesame seed fields. While last year’s harvest was completed before the war began, the planting for next season’s crop is supposed to start now.

But Humera, says the broker, is largely a ghost town. The farmers of Humera have fled to Sudan, to refugee camps in the heart of Tigray, or farther south in Ethiopia. Most years, close to 500,000 laborers make their way to Humera for planting season.

“Who,” said the seed broker, “will come to such an unstable place now?”

Many internationally transported goods have taken a beating this year between the closure of ports and factories due to COVID-19 and the blockage in March of the Suez Canal. In addition to the upheaval from which all have suffered during the pandemic, the farmers and laborers who make their living from this small white seed from northwestern Ethiopia face death, dislocation, loss of home, and livelihood. 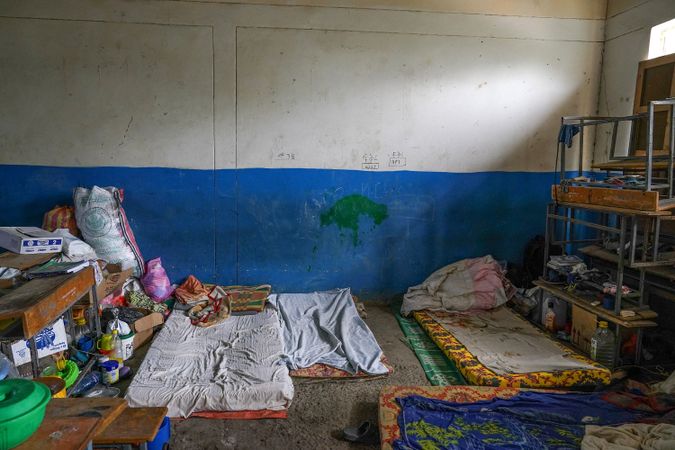 A classroom in Mekele,Ethiopia that has been converted into a living space for displaced persons from Humera. By Jemal Countess/GETTY

According to a letter from the new administrators of Humera, before the civil war there were 288 commercial farmers in Tigray who tended farms that were between 75-7500 acres. Those farmers, as well as thousands of small farmers, have fled their farms. Their land is now being auctioned off by the new government in place.

“The impact of COVID and the war in Ethiopia have not been felt yet,” said Rachel Simons, co-founder and chief executive officer of Seed & Mill, a New York-based company that sells Israeli-made tahini made from organic sesame seeds sourced from Humera. “But it is coming.”

Manufacturers are now grinding the seeds that have already been harvested. “By the end of 2021 or 2022,” she says, “the impact will be felt.”