From Ground Zero to Surfside, a bond between tragedies emerges 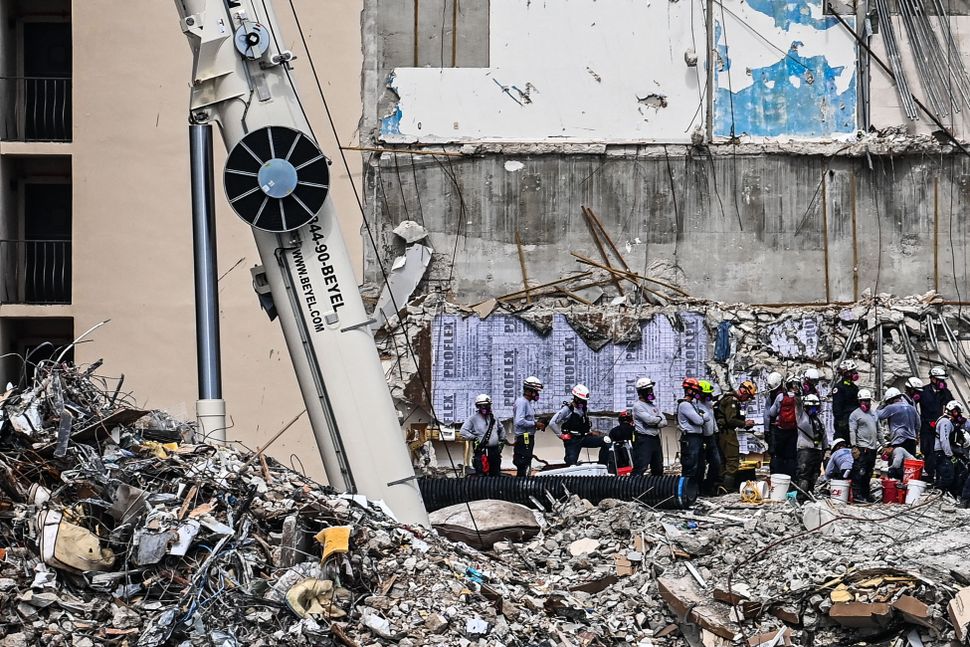 With a residential tower in Surfside, Fla., reduced to a smoking heap of debris several stories high, and families near the site holding onto slim hopes of their loved ones’ rescue, Rabbi Joseph Potasnik found himself revisiting the trauma of September 11, 2001, when he was the Jewish chaplain for the New York City Fire Department.

For months afterward, Potasnik tended to the families of the missing and to a recovery crew whose members were among the mourners. The feelings of hope, dread, heartbreak and solidarity at Ground Zero never left him.

Potasnik was already anticipating the practical and spiritual challenges first responders, families and clergy will face in the days ahead. On Tuesday, on a conference call with their South Florida counterparts, he and several other rabbis from New York will be able to share their wisdom.

Twenty years ago, Potasnik said, Florida rabbis called him, asking how they could help. Now he will be able to return the gesture.

“You never compare tragedies,” said Potasnik, “but you can learn lessons.”

Organized by the Rabbinical Assembly of Conservative rabbis, the call underscores how Jewish people from around the world have united around Surfside, offering support beyond prayers and donations.

And the evocation of 9/11 — if not a comparison — provides a sense of the scale of the Champlain South Towers catastrophe, a mass casualty event with little precedent when it comes to loss of American Jewish life. With one Miami rabbi estimating at least 50 Jewish people unaccounted for in Surfside, perhaps only the Twin Towers collapse has exceeded it in recent memory.

Perhaps the strongest thread linking the victims of the two disasters is a devastating lack of closure in the days following. As of Tuesday afternoon, only 11 bodies had been discovered in the pancaked rubble of the 13-story tower, and 150 people remained unaccounted for. After 9/11, the number of missing stretched into the thousands.

As bodies began to be excavated from the rubble, a Brooks Brothers by the World Trade Center became a temporary morgue. Scores of empty coffins were prepared for people whose bodies were never found.

After five days of site excavation in Surfside, chances of rescue have grown slim. At Ground Zero, the final survivor was rescued 27 hours after the Towers collapsed. But stories of miraculous rescues of earthquake victims in recent years as many as two weeks into a search have offered hope to the Surfside families.

But that hope can also fuel frustration with the pace of the search.

Miami-Dade Fire Chief Alan Cominsky announced Thursday that the department will no longer enter the portion of the tower that remains standing. Additionally, a large area of the site cannot be searched due to a debris overhang that is liable to fall. Families have beseeched crews to move faster.

Salvatore Cassano, an NYFD fire chief on 9/11 who will also join Tuesday’s call, said it can be hard to grasp the danger and difficulty of the search efforts. Back then, the department mitigated families’ anger at what felt like an excruciatingly slow search by taking them by boat to let them watch the cleanup.

“Let them look at the devastation, look how hard it was to do, but that they were still doing it, 24/7, around the clock, with rotating personnel,” Cassano said. “When they saw it for themselves, I’m sure they weren’t happy about it, but at least they knew that everything was done as fast as humanly possible to try to rescue anyone we could.”

At Surfside on Sunday, family members of the missing were brought to the wreckage. As they watched the scene, one rescue worker lost his footing and tumbled down 25 feet of debris.

The painful wait for what will likely be horrific news presents an emotional challenge for the rabbis too. Potasnik said there was no easy way out of the holding pattern, and it was not a rabbi’s job to provide a reality check.

“People of faith are prisoners of hope,” he said. “We never want to remove that hope.”

Instead, he said, rabbis had to make sure people at the scene felt attended to and heard with “a listening heart.”

“People want to know about the intersection of ritual and what happened,” he said. When navigating Jewish legal quandaries, such as whether to say viduy, a confessional prayer said at a person’s deathbed, when there is no body to be buried, his goal was to resolve them as humanely as he could. (He said viduy, because even without a body, the belief is the person’s soul is still alive.) In some instances, they held memorials for victims whose bodies were missing, then and then held a funeral after the subsequent discovery of remains.

When it came to shiva, Potasnik said families will begin only when they’ve found remains or given up hope of finding them.

And while the victims of both tragedies came from diverse walks of life and faith backgrounds, Potasnik said the religious services at Ground Zero were not only uplifting, but unifying as well.

In the days following the attacks, which fell as the High Holidays were approaching, Potasnik led selichot services at Ground Zero. And a Rosh Hashanah service held at the site was attended by not only Jewish family members and first responders numbering in the hundreds, but also by Cardinal Edward Egan, then the archbishop of New York, who stood next to Potasnik as the rabbi blew the shofar.

When winter arrived three months later, a 20-foot Christmas tree and a 9-foot Hanukkah menorah were delivered to the site. The height disparity dismayed some carpenters, who Potasnik said refused to abide it — even though none of them was Jewish. They sprang into action and built a platform for the menorah that put it level with the tree. 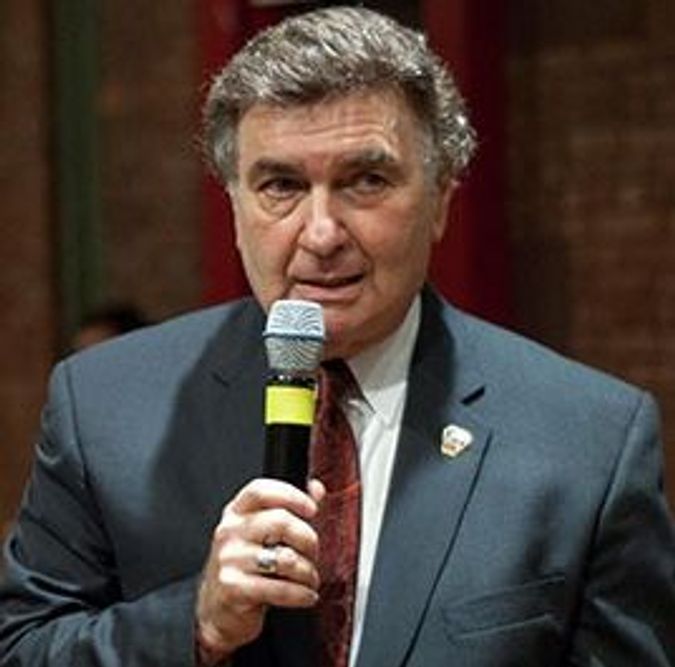 Rabbi Joseph Potasnik. Courtesy of New York Board of Rabbis

“To me, that epitomized what we’re all about,” Potasnik said. “We all came together as a human family.”

The differences between 9/11 and the Champlain collapse are most obviously of scale and cause, but also of timing. South Florida rabbis are now facing a nightmare after a nightmare — multiple deaths in their communities in the wake of a pandemic that overwhelmed the community with loss and isolation.

Rabbi Fred Klein, executive vice president of the Rabbinical Association of Greater Miami, said that when the catastrophe struck, rabbis were already burned out from 15 months of recreating the synagogue experience for a remote audience.

“Just when we saw a glimmer of hope and things began to be looking up, suddenly this event occurs,” Klein said. “You have to think about this event in terms of the entire year of what we’ve been going through.”

One Miami rabbi, he said, had just landed in Argentina for vacation when he received word of the Surfside disaster. He got on the next flight home.

So Klein was wary that the anxiety and emotional toll of the tragedy would not permit the rabbis to take care of themselves. He was hoping to receive instructions on how to manage his own mental health on the Rabbinical Assembly call.

“Many rabbis may have feelings that they don’t even know that they’re feeling,” he said, “because they’re in operational mode.”

From Ground Zero to Surfside, a bond between tragedies emerges