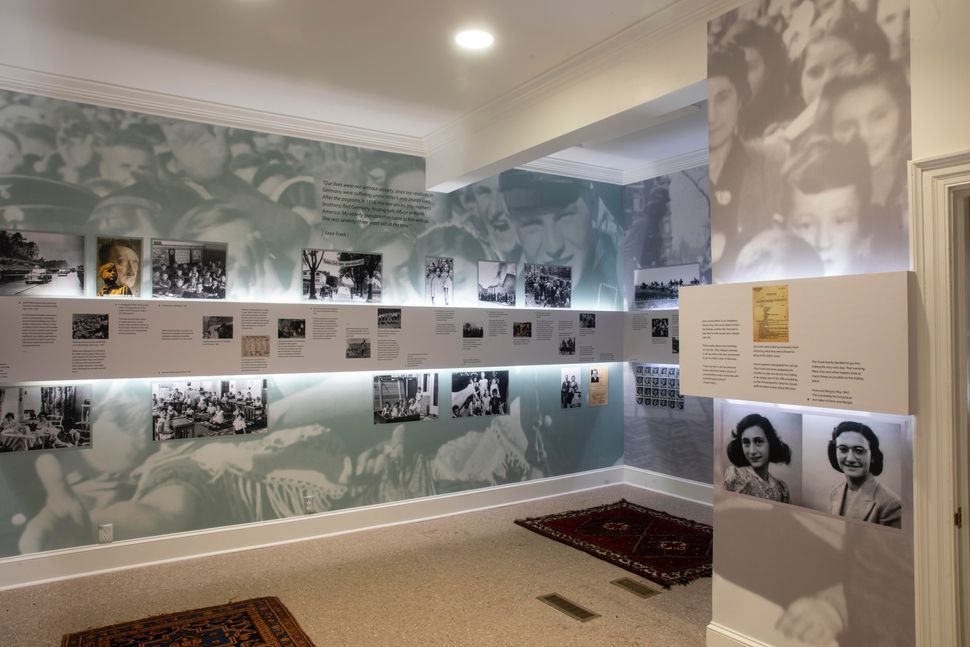 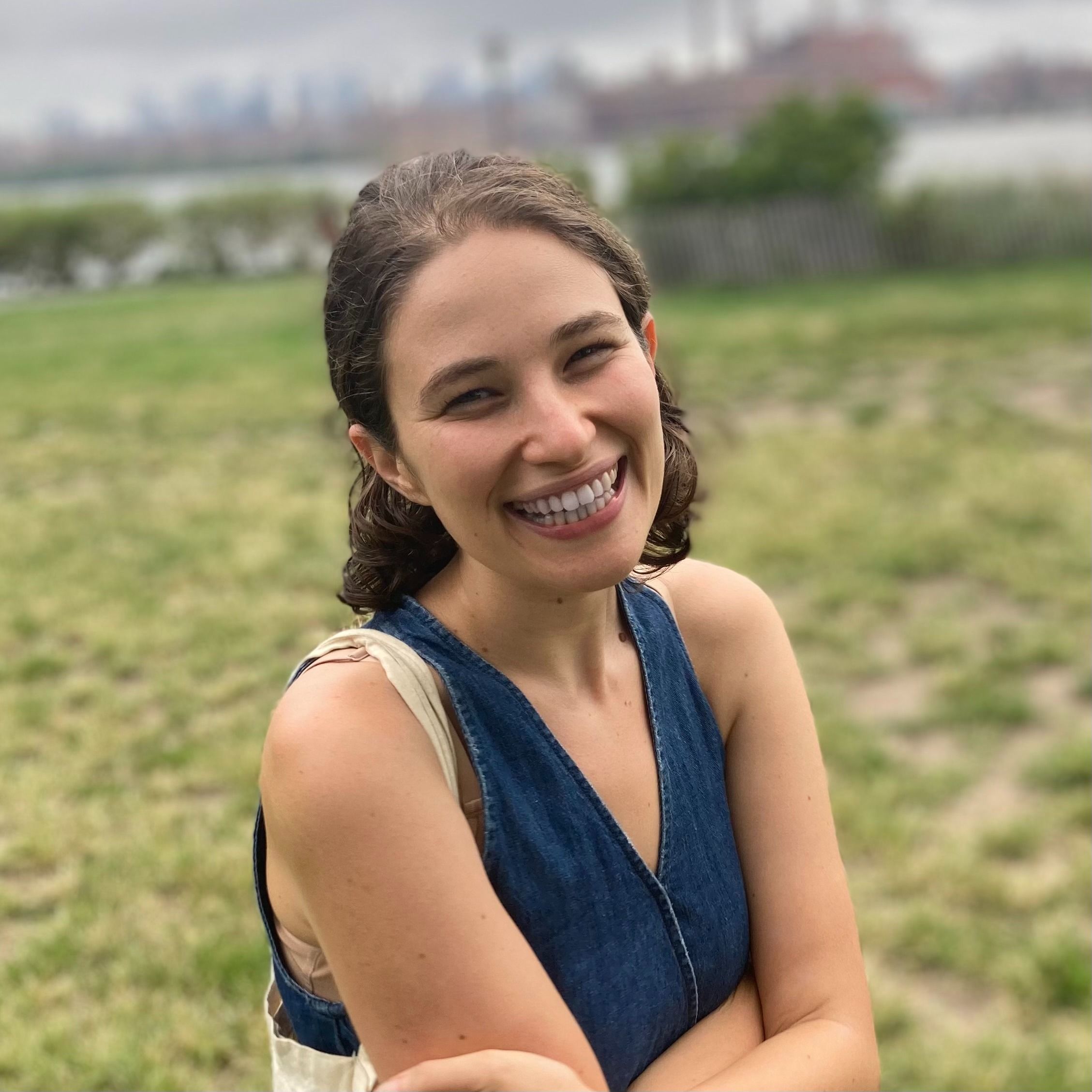 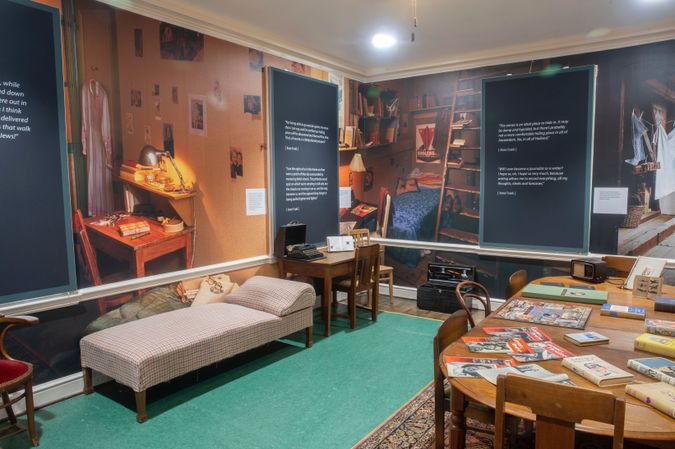 This month, the Anne Frank House opened its fourth partner site, and first in North America, in an unlikely locale: a former alumni house at the University of South Carolina in Columbia, S.C.

Joining existing partners in Buenos Aires, Berlin and London, the Anne Frank Center at UofSC will provide educational programming and exhibits intended to spread knowledge of Frank’s life and legacy in a region with few institutions of Holocaust education.

“The Anne Frank House could have chosen any destination in the world, and we are so pleased that it chose us,” said Doyle Stevick, a professor of education at UofSC and executive director of the new Anne Frank Center. “It recognizes that we embrace the mission and we do the work.”

The partnership has been developed over the course of two decades, beginning with research Stevick conducted in Estonia as a Fulbright scholar in the early 2000s. While there, he became fascinated by the country’s reluctance to acknowledge its complicity in the Holocaust, despite growing international pressure. That fascination led him to connect with a Holocaust scholar at the Anne Frank House in Amsterdam, where he learned about the institution’s traveling exhibition program. He returned to the Anne Frank House to research that program as a visiting scholar in 2012, after teaching in the College of Education at UofSC for six years.

In the end, he said, “I was so impressed with the work that I wanted to do it myself.”

And he did. In 2013, Stevick began bringing the traveling exhibits to South Carolina schools, an effort funded in part by the South Carolina Council on the Holocaust (SCCH). In 2017, the UofSC College of Education showcased one of those exhibits during an event in which Harris Pastides, then president of UofSC, interviewed Holocaust survivor Eva Schloss in front of a packed audience of students.

The event became a turning point. Moved by Schloss’ testimony, Pastides, now serving as UofSC’s interim president after previously resigning in 2019, traveled to Amsterdam to speak with Ronald Leopold, executive director of the Anne Frank House, about the possibility of making the university a partner site.

“I thought to myself, ‘why not us?’” Pastides recalled.

The Anne Frank House began its partnership program as a mechanism to spread its message to communities unlikely or unable to travel or visit the museum in Amsterdam. For Leopold, UofSC’s long-standing commitment to Holocaust awareness in a region that has struggled with a significant history of racism made it a perfect candidate.

And it was clear the state was in need of a push for increased Holocaust awareness.

In 2017, the same year as Schloss’ visit to the University of South Carolina, the state made headlines when a new set of social studies standards for K-12 public schools made no mention of the Holocaust. According to the United States Holocaust Memorial Museum, the state still does not require that Holocaust education be taught in schools. A 2020 survey of Holocaust knowledge among Millenials and Gen Z Americans found that 57% of young people in South Carolina could not name a concentration camp or ghetto, and nearly half had seen Holocaust distortion or denial online.

“This is a place that is in dire need of Holocaust education,” said Mary McElveen, a UofSC sophomore, religious chair of the university’s Hillel and volunteer peer educator for the center.

In 2018, the university began working to make the Anne Frank Center a reality, customizing a 1,060-square-foot section of the on-campus Barringer House. The center features several permanent installations and timelines from the Anne Frank House traveling exhibit, as well as artifacts from the museum. It also holds two seminar rooms for educational programming.

Stevick has also tailored exhibits to help visitors make local connections between Frank’s life and the local community. The exhibits weave in the stories of Milton S.J. Wright, a scholar from Georgia said to be the first Black person Adolf Hitler ever met in person, and artifacts from German prisoners of war once held at Fort Jackson in Columbia, less than 15 miles away from the university.

“This is the deep South — we’re not a massive, cosmopolitan city,” said Rabbi Jonathan Case, spiritual leader at Beth Shalom Synagogue in Columbia. “We are representative of Middle America, where exposure to the Holocaust, what led up to the Holocaust, and genocide in general, desperately need to be taught.”

The center “does a wonderful job of transporting an individual to a place that they never could have imagined,” said Lilly Filler, chair of SCCH and the daughter of two Holocaust survivors. It allows visitors, she said, “to feel some of the emotions — maybe the terror or maybe the anger or maybe the love — that Anne felt during her time in hiding.”

Stevick hopes to offer group tours of the Anne Frank Center to UofSC’s incoming class each year, as well as to high schoolers enrolled in South Carolina’s teacher cadet program, which trains students interested in careers in teaching, and members of the university’s broader community. All tours will be facilitated by trained undergraduate peer educators like McElveen. The peer educators will also travel to schools throughout the state and region to help students explore the center’s six traveling exhibits on Anne Frank’s life and legacy.

“We’re hopeful that the peer education process can help us build a community of upstanders,” said Stevick, referencing the role of non-Jews who risked their lives to help Jews during the Holocaust.

“A small group of extraordinary, ordinary people in the Frank family’s lives were able to keep them alive for more than two years, at great personal risk to themselves,” said Stevick. “I hope it will inspire us to think about what we can all do together to make the world a better place.”