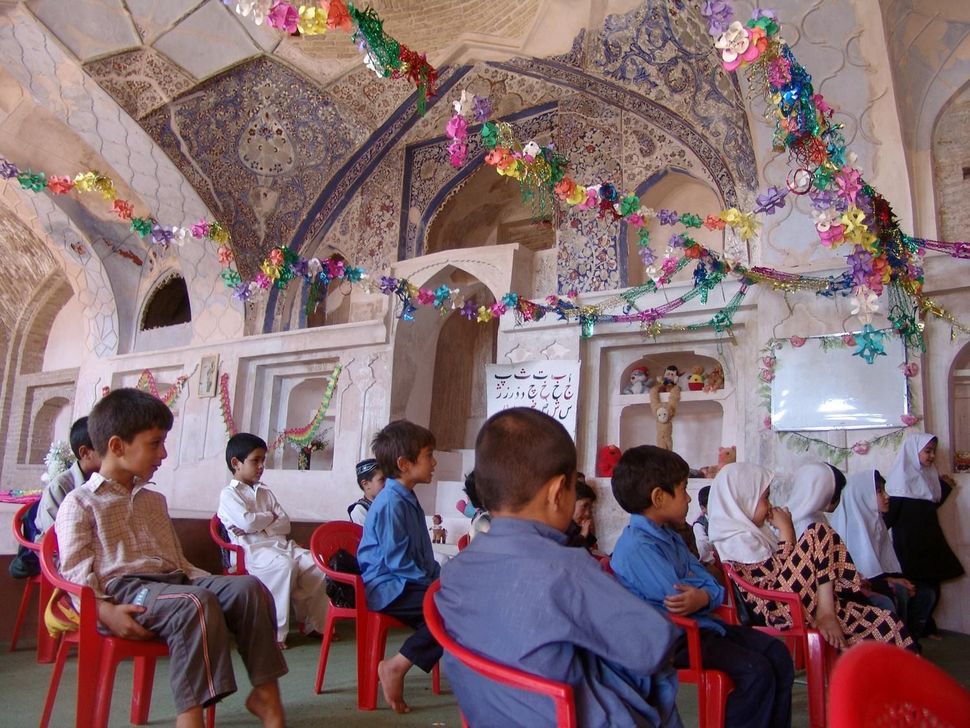 The simple stone facade of the Yu Aw Synagogue in Herat, a city in western Afghanistan, conceals an elaborate interior, including a blue, hand-painted dome that has in recent years been painstakingly restored by local craftsmen with funding from the newly deposed national government.

Jewish sites received attention as part of a push to restore cultural landmarks of all kinds.

Afghanistan has only one known native Jewish resident remaining — Zablon Simintov, who is reportedly safe in the capital, Kabul. But the preservation of Jewish sites in the country, especially the former heart of the community in Herat, had made significant progress over the last decade through a combination of government and private funding.

That work now faces an uncertain future as the central Asian nation comes under control of the Taliban, an extremist Islamic movement that controlled the country in the 1990s and swiftly conquered provincial capitals and Kabul over the weekend on the heels of the American military withdrawal from the country.

As recently as last year, there was a sense of hope that the work of restoring sites of Jewish heritage could draw Afghan Jews back from the diaspora. “We are preserving this, their history for them to return to,” Ghulam Sakhi, who was hired by the Ministry of Culture to look after Jewish buildings in Herat, told Al Jazeera. “This property belongs to them, and we are only safe keeping it for till they return.”

Under the Taliban, that kind of hope is all but dead. The group is notorious for the severity of their theocratic approach to governance, including their practice of effectively banning women from public life. And while they tolerated some minority religions during their last stay in power, between 1996 and 2001 — they permitted the Kabul synagogue operated by Simintov to remain open, and allowed the country’s tiny Sikh minority to publicly worship under strict restrictions — they’re known for cracking down on religious observance outside their chosen approach to Islam.

“We all know that they were not fond of, mildly speaking, keeping heritage sites of other religions,” said Rabbi Mendy Chitrik.

As part of that crackdown, the Taliban has in the past destroyed sites of religious heritage: In 2001, they dynamited a pair of giant Buddhist statues outside Kabul that were listed as a UNESCO World Heritage Site.

“We all know that they were not fond of, mildly speaking, keeping heritage sites of other religions,” said Rabbi Mendy Chitrik, chair of the Alliance of Rabbis in Islamic States, who had helped oversee some of the Jewish preservation efforts in Afghanistan. Chitrik said that barring a more radical turn by the Taliban, he was not particularly concerned about the possibility that Jewish sites in the country might be intentionally destroyed.

Instead, he said, he worries they might undergo irreparable damage due to the neglect likely to come with the withdrawal of western military forces and international aid groups.

“When you have less people visiting the synagogue, when you don’t have enough people who show interest in Jewish heritage sites,” Chitrik said, “it falls into despair and it collapses and it gets lost.” That sort of loss has repercussions. Preserving Judaism’s heritage in the country, Chitrik added, was key to promoting a society that embraces a form of pluralism that Taliban rule may now threaten.

“Those elements that were there trying to protect, to shine, to clean, to put a spotlight on Jewish heritage are forces who are looking and working toward diversity,” said Chitrik, who is based in Turkey. “So of course we fear for their life, their well-being and the way they look at the world.”

The rabbi was in touch with a group of students this spring who were restoring a Jewish cemetery in Herat, part of the synagogue complex, which also includes a mikveh, or Jewish ritual bath. Reached on Monday, a day after the Taliban took the capitol, he had not heard from several of his contacts in the country in recent days. But he said that Simintov, whose status as the so-called “last Jew in Afghanistan” has been widely covered, was safe for the moment and that “we hope for better news — for good news — soon.”

Just a few months ago, local Afghan students renovated the Jewish cemetery in #Herat (pictured). Harat was home to a large and prosperous Jewish community.

Afghanistan was once home to an estimated 40,000 Jews centered in Herat, an oasis city along the ancient Silk Road trading route. That number dwindled to fewer than 5,000 by the middle of the 20th century, as the community faced persecution from successive regimes that, influenced partly by Nazi propaganda and beliefs that Jews were “Bolshevik agents,” restricted where they could live and work.

By the time the Taliban came to power in 1996, following years of war between the country’s socialist government, Soviet troops and the American-backed Mujahadeen fighters who would go on to create the Taliban, the country’s Jewish population had dwindled to single digits.

Ultimately, only Simintov and Isaac Levin, both of whom lived in the Kabul synagogue and spent periods in Taliban custody, remained. Levin died in 2005.

The American invasion of Afghanistan in 2001 brought an end to theocratic Taliban rule, and with it, an influx of American Jewish soldiers, journalists, consultants and NGO staff. Rabbi Avrohom Horovitz, a retired Army major, served as a military chaplain in Afghanistan during the early aughts. At the time, he said, it was easy to assemble a minyan for High Holiday services at both Bagram Airfield near Kabul and in the southern city of Kandahar. 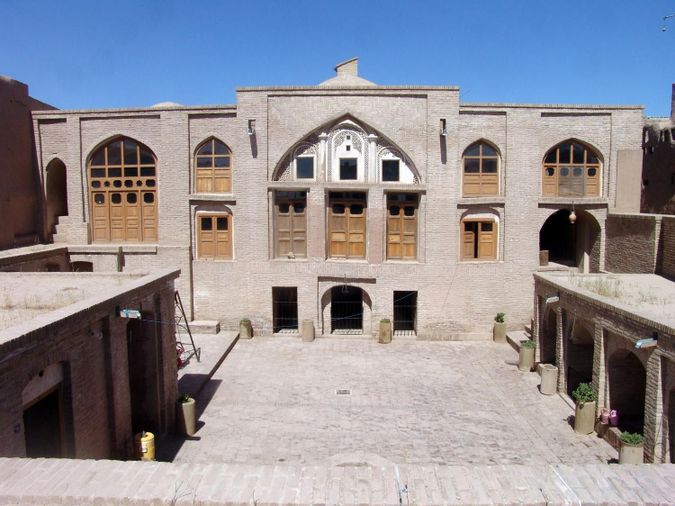 The Yu Aw Synagogue in Herat, a city in western Afghanistan that was once the heart of the country’s Jewish community, was restored in 2009 with funding from the national government and an international charity. Courtesy of Aga Khan Trust for Culture

Jewish sites received attention as part of a larger nation-building push to restore cultural landmarks of all kinds and make tangible the country’s claims to being a pluralistic democracy. The Yu Aw Synagogue’s restoration was funded in part by the Aga Khan Trust for Culture, a Swiss foundation active in the Muslim world, which described it in a brochure as part of an effort to “celebrate, restore, and maintain Afghanistan’s cultural presence and identity in the modern world.”

“Afghanistan is an ancient country and we are proud of our cultural heritage,” Wahid Soltani, the head of Herat’s tourism bureau, told Al Jazeera last year. He added that Afghans living around the Jewish sites were proud to see them restored.

Horovitz, the rabbi, said he also found locals receptive to his presence. He once attended the opening of a girl’s school in a remote village, where he was asked to offer a blessing to the assembled crowd and subsequently offered a handmade rug. Horovitz decided to focus his remarks on the the religious traditions shared by both Jews and Muslims, and spoke about Abraham, known as Ibrahim in Islam.

“Abraham — Ibrahim — was a friend who loved God and loved people,” Horovitz recalled, “and I said hopefully they’ll teach the people in the school to love everyone and be kind.”