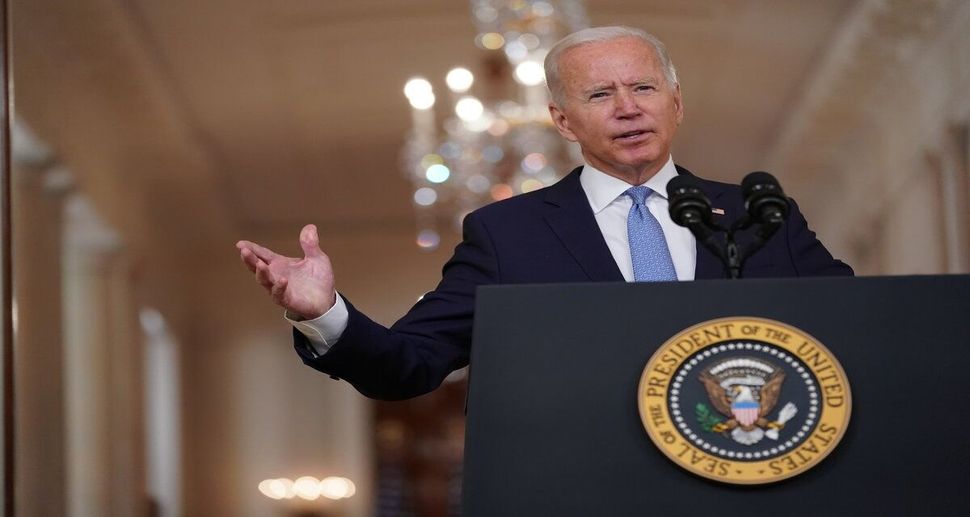 Biden promised to confront “the scourge of antisemitism that remains all too present today. We have to, and will, condemn this prejudice at every turn alongside other forms of hate.”

And two days after the last American troops left Afghanistan, after a two-decade presence, Biden said that Americans should also be deeply mindful of a world beyond American borders. “In this new year, we are going to have to remain steadfast in our pursuit of peace,” he said. He also reaffirmed the U.S. as a steadfast ally of Israel. “We will never waver in our support for the future security of the State of Israel.” 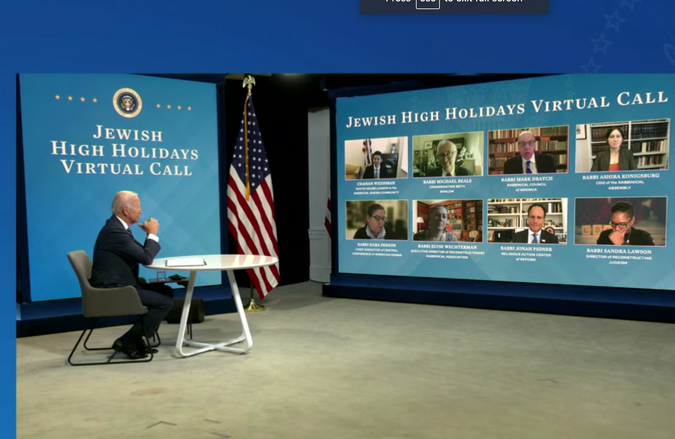 Unlike previous years, the call was not exclusive: anyone could watch it live on the White House’s website. Yet it appeared to be far less partisan than such High Holiday calls made by his predecessor. Last year, former President Donald Trump implored Jewish leaders to support his re-election. In 2017, a group of Reform and Conservative rabbis announced they would not participate in the pre-High Holiday call in protest of Trump’s response to the Charlottesville rallies. They were not invited to participate in 2018, yet rejoined in 2019.

Hitting many of the themes he has incorporated into the hundreds of speeches he has given to Jewish audiences in past decades, Biden also mentioned his recent meeting with Israel’s new prime minister, Naftali Bennett, at the White House. “He is a gentleman,” Biden said, noting that the two are not on the same page when it comes to solving the Israeli-Palestinian conflict.

Biden was introduced by Chanan Weissman, the administration’s liaison to the Jewish community who also held the job in the last year of President Barack Obama’s tenure and Rabbi Mark Dratch of the Rabbinical Council of America.

Rabbi Michael Beals, the rabbi of Congregation Beth Shalom in Wilmington, Delaware, whom the president calls his rabbi, delivered a short invocation.

Also on Thursday, Trump, in a conference call with mostly Christian and some Jewish religious leaders, reflected on his Israel record, noting the U.S recognition of Jerusalem as Israel’s capital and the withdrawal of the 2015 nuclear deal.

“We did a lot for Israel. We had a very powerful relationship with Israel,” Trump said during the launch of a new Republican faith-based outreach coalition. “We did more for Israel than any other president, by far.”

Trump added, “If you look at the Biden administration, and you look at what they’re doing and how they’re treating Israel, it is not good. It’s back to the Obama policies.”