Colin Powell’s early life was steeped in Jewish culture and Yiddish. It stayed with him. 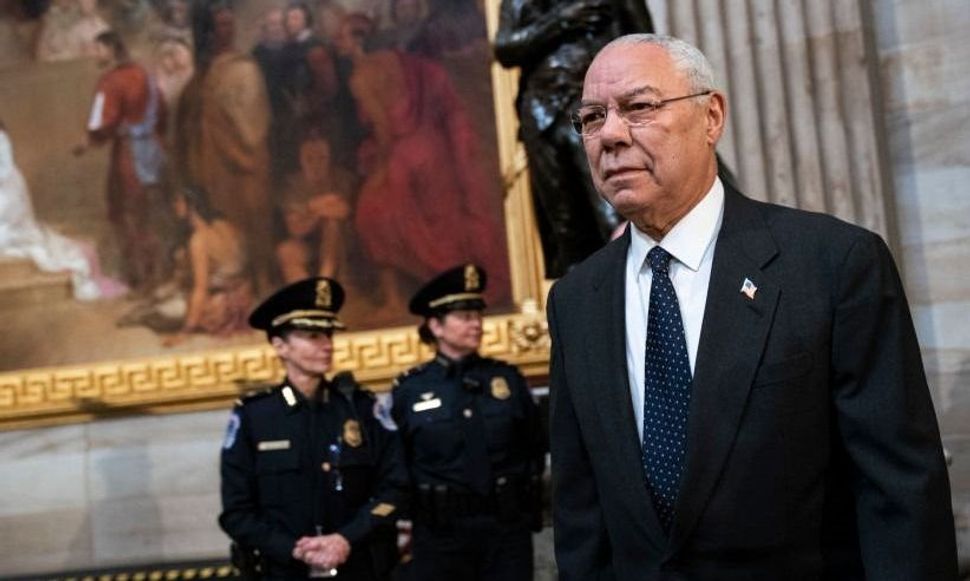 Colin Powell, the former U.S. Secretary of State and first Black person to hold the job, lived on the same South Bronx block as Norman and Amy Brash, friends “so close they were considered relatives,” and Powell called them “Mammele and Papelle.”

“Don’t ask me why the Jewish diminutives,” Powell, who died Monday at 84, wrote in “My American Journey,” his 1995 autobiography, “since they were also Jamaican.”

But, growing up in the 1940s and 1950s in what he called the “heavily Jewish neighborhood” of Hunts Point, Powell, whose parents immigrated from Jamaica, had many Jewish friends. In fact, his life was filled with Yiddishkeit.

Melvin Klein’s family had Powell over every week to watch Milton Berle and Molly Goldberg on one of the first televisions in the neighborhood. Powell’s sister’s “closest” chums were the Teitelbaum sisters. He earned a quarter every Shabbat to turn off the lights at an Orthodox synagogue. And Jay Sickser, the Jewish owner of Sickser’s — “Everything For The Baby” store — gave Powell a job when he was 14. (Powell’s father also worked at Jewish businesses, including Ginsburg’s in the garment district, where he rose to become foreman of the shipping department.)

The future general worked at Sickser’s for 75 cents an hour as, in his own words, a part-time schlepper, and stayed until he was a sophomore in college. He learned a considerable amount of Yiddish there, which he enjoyed, in the decades to come, sprinkling into his conversations with Jews and even the prime minister of Israel. “Men ken redn yidish” he told an astounded Yitzhak Shamir, then Israeli prime minister, ahead of the first Gulf War in 1991. “We can speak Yiddish.”

Yiddish, Powell said in remarks at a 2017 dinner hosted by the World Jewish Congress, “has served me so well over the last 60 years.” 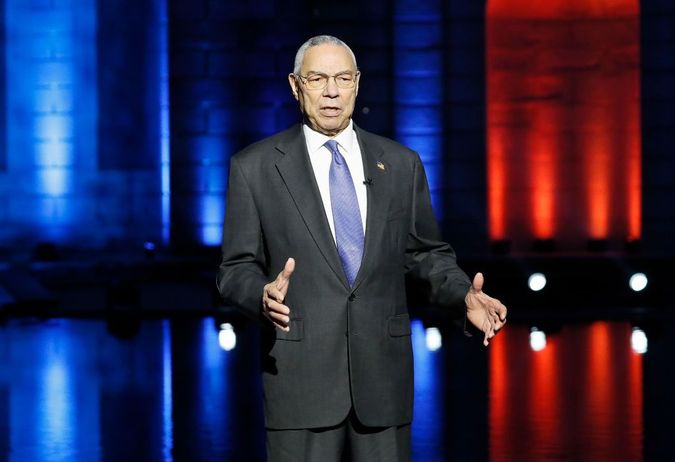 Powell even claims a Jewish relative, on his father’s side, in a heritage that also includes Africans, English, Scots and Irish.

Jews, Powell recalled of his old neighborhood, were part of the streetscape where no one was a minority. On every block there was a Jewish-owned candy store where he would buy egg creams and seltzers, “two-cents, plain.” He remembered Jewish and Puerto Rican-owned bakeries, Chinese-owned laundromats and Italian-owned shoe repair shops.

“He said he never felt the sting of bigotry in the Bronx,” said Lloyd Ultan, the Bronx’s official historian and a history professor at Fairleigh Dickinson University.

It wasn’t as if Powell never heard a racial epithet in the South Bronx of his youth, a mix of Jews, Blacks, Italians, Latinos and others, but that groups did not seem to deem one another inferior. “I was eventually to taste the poison of bigotry,” he wrote, but it was far from the Bronx.

In the late 1950’s, as drugs and crime made Hunts Point more dangerous, and Jewish families left their apartments for homes in the suburbs, the Powell family would buy a three-bedroom bungalow in Queens from a Jewish family named Wiener.

But what Powell learned about Jews and Yiddish would stay with him.

Yiddish as a second language

“Let me put to rest this rumor as to whether or not I speak Yiddish,” Powell said in a speech at the American Israel Public Affairs Committee conference in Washington in 1991. “I really do not speak Yiddish, maybe a bissel (a little), who knows?”

It was more than a “bissel.” In “My American Journey,” Powell — called “Collie” by Sickser — relates that he had picked up enough Yiddish so that when couples were speaking to each other on the store’s second floor about how much they might be willing to spend on a stroller or crib, he understood. But he didn’t always let on.

“This schwarz knabe what did he understand?” Powell wrote, using the Yiddish phrase for “Black boy,” a term now considered pejorative.”I’d excuse myself and report to Mr. S., who would come up, armed with my intelligence, and close the deal.”

In 1992, Powell recalled, at a Hanukkah dinner at Yeshiva University, that Sickser’s would give him a playful ”gezunten keppel”, a “healthy head,” and mimed a slap.

“To keep me straight,” Powell explained.

Powell wasn’t planning to make a career at Sickser’s, but Jay Sickser was worried that the young man who had worked for him for so many years might be too attached to the store. He called Powell over one day, and told him that with children and a son-in-law, the business would be theirs one day, and so Powell should get a good education to secure his future.

“He evidently thought that I had worked out well enough to deserve to be brought into the firm, which I had never considered,” Powell wrote. “I took it as a compliment.”

Powell was 11 when Israel was founded.

In Hunts Point, there was “joy throughout the neighborhood,” the day David Ben-Gurion declared Israel’s independence in 1948, Powell recalled in a speech to the World Jewish Congress in 2017.

“Tears flowed, celebrations everywhere, it wasn’t just the Jews who were celebrating, the rest of us were celebrating for the Jews. We all shared in their joy, the joy of having a homeland,” Powell said.

As a diplomat, Powell was considered a staunch ally of the Jewish state. He didn’t always see eye to eye with Israeli leaders, and critiqued, for example, Prime Minister Ariel Sharon’s actions during the Second Intifada.

But he conveyed a deep concern for Israel’s security, and was instrumental in convincing Sharon by 2003 to endorse a road map to peace that included Palestinian statehood. “Colin Powell may not be Jewish, but he has a Jewish soul,” said Ronald S. Lauder, president of the World Jewish Congress, presenting the Theodor Herzl Award to Powell in 2017 and calling him a “lifelong friend of the Jewish people.”

But Powell’s reputation for standing by the Jewish community went beyond his diplomacy with Israel. He recalls, in “My American Journey,” how he was slated to deliver the 1994 commencement address at historically Black Howard University, just days after speakers on campus connected to the Nation of Islam had publicly denounced Jews — to applause.

Powell decided to address the issue head on, and told the graduates: “African-Americans have come too far and we have too far yet to go to take a detour into the swamp of hatred.”

“My Howard speech received unusually wide media coverage,” he later wrote, “not because I was more eloquent than other commencement speakers that spring, but because my denouncing race hatred from any quarter was an apparently welcome message.”

Colin Powell’s early life was steeped in Jewish culture and Yiddish. It stayed with him.