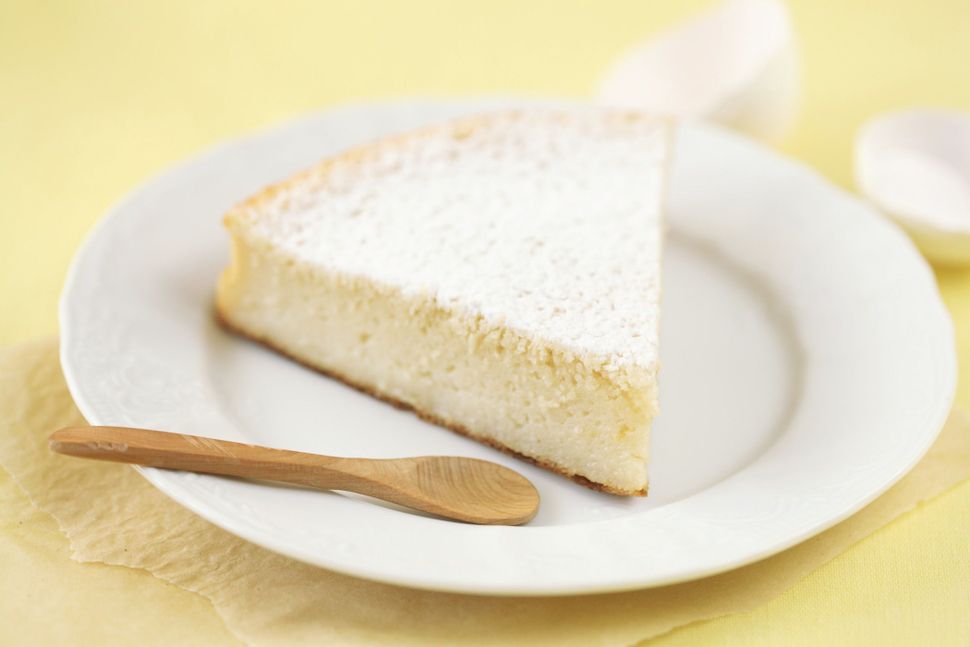 Jewish inmates who request cheesecake for Shavuot must get it.

That’s what a three-judge federal appeals court panel unanimously ruled last week in a lawsuit filed by two Jewish prisoners who held that the vegan meals the Michigan Department of Corrections served them did not fulfill their kosher dietary needs.

Cheesecake was not in the original complaint filed in 2013 by Gerald Ackerman, who was convicted of sex crimes against young girls and paroled last year after more than 20 years in prison, and Mark Shaykin, who is still serving time for conspiring to kidnap a woman. They argued that their Jewish practice requires that get kosher meat and dairy meals on Shabbat and major Jewish holidays.

“But at the trial Ackerman said he had always eaten cheesecake on Shavuot and then Shaykin said the same thing,” recalled Daniel Manville, one of their attorneys.

A judge can amend a lawsuit if more evidence is introduced, Manville continued, but “nobody thought you were going to get a judge to order cheesecake.”

District Court Judge Linda Parker did just that in January 2020, along with her decision that the prisoners should be given dairy and meat meals as requested.

The state appealed, and the Sixth Circuit U.S. Court of Appeals panel upheld Parker’s ruling on Oct. 12. The panel noted though, that the cheesecake question makes the case a little “messier,” and that while they might have ruled differently on it than Parker, they did not have enough reason to overturn her on the matter.

The ruling took even some rabbis aback.

“You can’t make this stuff up,” said Rabbi Howard Buechler of the Dix Hills Jewish Center on Long Island. “Having a court require that cheesecake be served on Shavuot is kind of cheesy.”

Rabbi Joe Hample of Tree of Life Congregation in Morgantown, W.Va., who formerly served as a chaplain at California’s Pelican Bay State Prison, called the decision “a little over the top.”

And Rabbi Joseph Potasnik, executive vice president of the New York Board of Rabbis, said that although there are kosher accommodations for Jewish inmates in New York, “there are no cheesecakes or blintzes served on Shavuot.” “Yes, it’s a custom,” he continued. “Would it enhance the joy of the festival? I am sure. But it is not a requirement.”

The meaning of cheesecake

It was the Michigan Department of Corrections’ policy to serve all prisoners who requested a diet in keeping with their religious practices a kosher vegan meal, which they reasoned would meet a wide range of religious dietary requirements.

It didn’t meet theirs, Ackerman and Shaykin argued.

The 24-page appeals court decision cited Ackerman and Shaykin’s testimony that they had grown up keeping kosher and “that their religious texts mandate meat and dairy at meals on certain days.” It quoted Shaykin’s reference to a provision of the Code of Jewish Law that says that “[e]very person should prepare fine meat, fish, choice wine and other delicacies for the Sabbath meals to the fullest extent of his means.”

The appeals court also noted that Ackerman testified that “any taking away from that reduces the heartfelt meaning” of the holiday. And it said Shaykin explained “that when he can’t eat meat and dairy as required, he is `empty of everything.’”

As for cheesecake, at the trial, Shaykin had testified that he was “supposed to eat” it on Shavuot. He also said he believed “any dairy product would satisfy that requirement,” but added that he wasn’t a rabbi and thus couldn’t speak definitively on the subject. But strictly required or not, he testified, “it would fulfill [his] religious beliefs in a better way” to have cheesecake.

The appeals court wrote that “religious texts don’t say that cheesecake is mandatory,” but also noted that “there’s also evidence suggesting that these prisoners do in fact sincerely believe that cheesecake is required on Shavuot.”

State prosecutor pointed out that both men were free to purchase kosher meat and dairy products from the prison commissary twice each month, and that instead they had bought hygiene products, popcorn and coffee. But both men said the meat and dairy items sold by the commissary could not satisfy their religious needs because they were only small snacks and the Code of Jewish Law requires full portions to be eaten at mealtime. In addition, prison rules forbid bringing outside food into the dining room.

The Department of Corrections’ director of food service management testified that providing all Jewish inmates on the vegan diet with a piece of kosher meat on the days requested would cost the state about $10,000 annually. Providing milk to these same prisoners would not increase costs because the state already buys enough milk for these prisoners. But they are not allowed to have it because they are on the vegan plan.

(Manville said there are currently 70 Jewish prisoners in Michigan who have requested kosher meals.)

The appeals court dismissed the expense argument, noting that the Department of Corrections’ annual food budget is $39 million “and $10,000 is just a tiny .02% drop in that multi-million dollar food budget bucket.”

In affirming Judge Parker’s decision in favor of the prisoners, the Court of Appeals concluded that the Michigan Department of Corrections “substantially burdens these prisoners’ sincere religious beliefs.”