You know the headliner must be really important when her warm-up act is Sarah Silverman.

“Without further ado, a Jew,” the comedian said as she introduced her sister, Rabbi Susan Silverman.

The Oct. 3 celebrity-studded event at the home of actors Bradley Whitford and Amy Landecker was a fundraiser for the rabbi’s organization, Second Nurture, which engages local communities to support foster and adoptive parents. 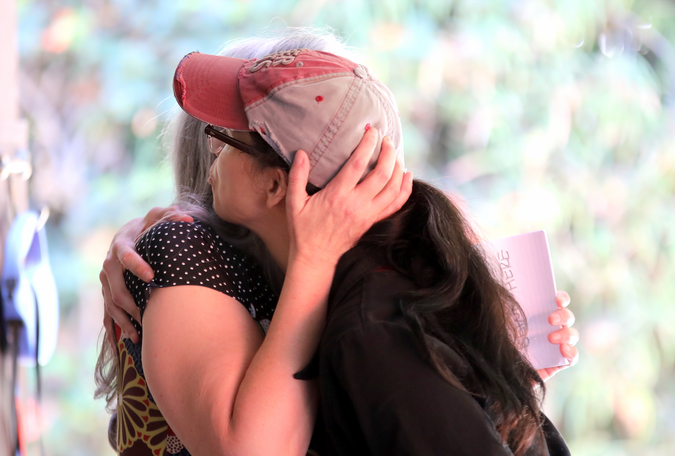 The comedian sister introduced the rabbi sister as “kickass,” and pointed to her work bringing about significant legal changes for women as one of the original members of Women of the Wall. Rabbi Silverman also joined forces with rabbinic colleagues to prevent the deportation of African asylum seekers.

“‘If you are going to deport these people,” Sarah quoted her sister as saying to the Israeli government, “‘you’ll have to come through us first.’ And the government motherfucking backed off and cited her movement as why,” said the Emmy-winning actor. (The organization, Miklat Israel was nominated for the Nobel Peace Prize in 2018.) 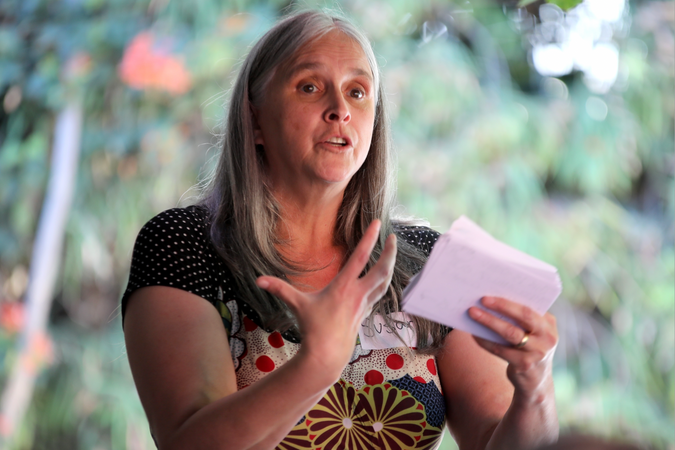 Silverman, who is based in Jerusalem, is no stranger to fostering and adoption and the challenges that accompany them. The sisters’ parents fostered two children at two different times during their childhood, and after having three daughters, the rabbi and her husband, Israeli-American entrepreneur Yosef Abramowitz, adopted two boys from Ethiopia into their Israeli family. (Abramowitz’s climate work was also Nobel Peace Prize-nominated in 2021.)

Some 424,000 youth under age 18 currently live in foster care, according to Casey Family Programs. About 27,357 Californians went into foster care in 2019. Living outside a stable, permanent loving home, said Silverman, puts children at risk for human trafficking, homelessness, poverty and mass incarceration. She created Second Nurture to prevent those outcomes by enlisting the larger community to support adoptive and foster parents.

The group asks community members who may not be ready to foster or adopt to support those who are by running errands, preparing meals, babysitting the children and establishing connections to the parents so they can feel less alone, engage in self-care or just rest.

“If people are held by the communities that they are already in, that already love them, more people will step up to foster,” said Silverman.

Los Angeles congregations Wilshire Boulevard Temple, Nefesh and IKAR serve as cohort hosts, although cohort members do not have to be synagogue-affiliated—or even Jewish—to participate.

If every L.A. faith community could help get one child adopted, said Rabbi Susan Goldberg, founding rabbi of Nefesh, there would be no more kids needing adoption.

“Second Nurture leverages what we already do well—family, community and learning,” Silverman said.

She added that giving foster youth stable and loving homes reflects traditional Jewish stories about children who were taken in by others: baby Moses, drawn from the Nile and adopted by Pharaoh’s daughter; Esther, who was adopted by her uncle; and Ruth, who left her people to embrace her mother-in-law’s family.

At the event, Chai Solomon photographed arriving celebrities: Kevin Nealon, Rachel Bloom and Rory Scovel. At home, Solomon is parenting four adopted biological sisters. She attends Second Nurture cohort meetings when she can. “It’s a place where you feel safe and know you’re not going to be judged.” 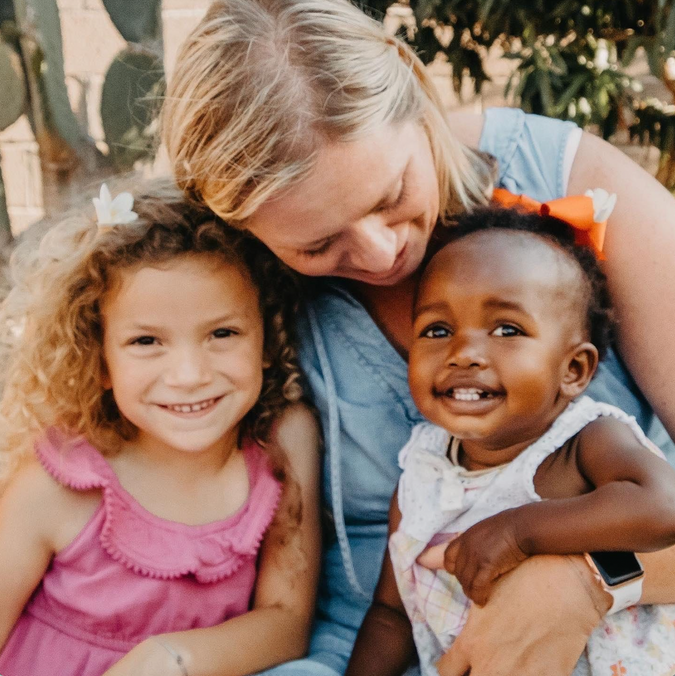 Heather Wilcox, mother of two adopted children, said that Second Nurture provided just support she needed as the white parent of Black children. Second Nurture organized transracial adoption workshops with outside organizations, she said, including lessons on how to take care of her kids’ hair.

“I wish I’d had it my whole journey,” she said.

When adoptive parent Andy Bouvier-Brown, who is Catholic, had his younger son baptized, his Second Nurture cohort members gave him a cake that read, “Mazel Tov!”

“I’m hopeful that other communities take note of this model and implement it everywhere,” he said. “It changes the way you think about yourself as a foster parent and how the community thinks about foster kids.”

Sarah Silverman summed up her sister’s group this way: “Susie knows that families and communities are forces for social change. This model works— this model needs to be replicated everywhere.”