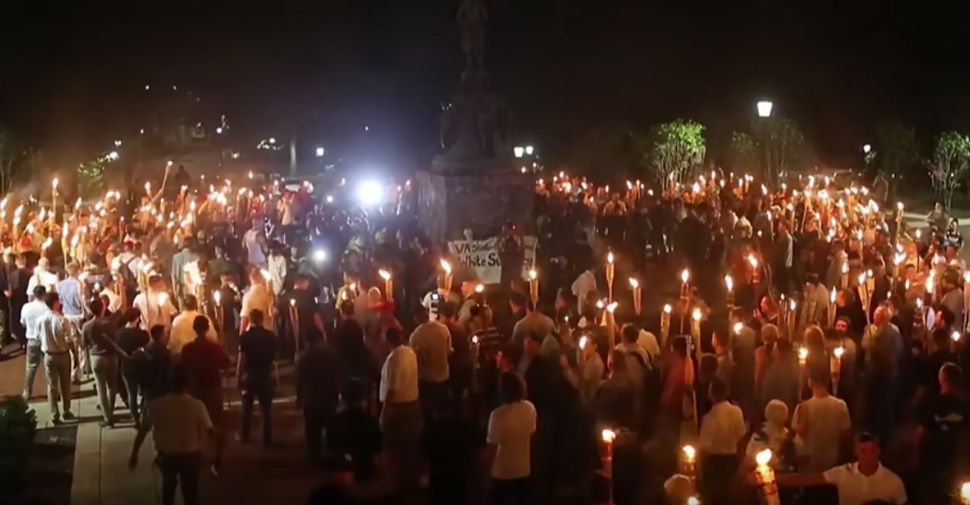 Holocaust historian Deborah Lipstadt told a jury in Charlottesville Wednesday that she was shocked by the extent to which antisemitism defined the 2017 “Unite the Right” rally.

“There was a great deal of overt antisemitism and adulation of the Third Reich throughout the evidence I looked at,” said Lipstadt, an expert witness in a case against rally organizers.

“Very few things surprise me, but I was taken aback.”

One of the foremost experts on the Holocaust and President Joe Biden’s nominee for global antisemitism envoy, Lipstadt explained basic tenets of antisemitism to the jury and analyzed statements made by several of the defendants in the federal trial. Nine plaintiffs are accusing 14 men and 10 groups of conspiring to violate their civil rights at the 2017 rally that killed a counter-protester and injured dozens more.

In her first appearance as an expert trial witness, Lipstadt’s testimony served to confirm that past blatantly antisemitic statements made by the defendants, including that “the Jew has been drinking our blood,” were in fact antisemitic. But she also inserted powerful anecdotes into her explanations to the jury of four women and eight men, including four Black members. 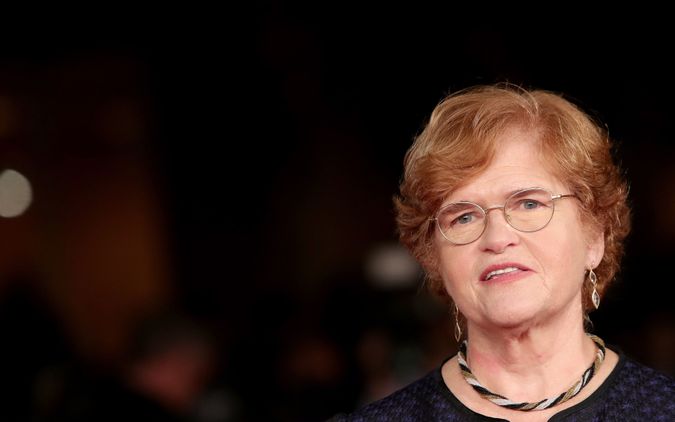 To emphasize the fixation the Hitler regime had with killing Jews, Lipstadt recalled how the Nazis used a tanker ship to deport the entire Jewish population on the Greek Island of Crete to Auschwitz in May 1944, at a time when the German war effort was failing and logic would have dictated focusing the country’s resources on battling the Allied Powers.

She also explained why “gas the k——” had become such a popular slogan among far-right activists. While many Jews were murdered by guns during the Holocaust, the gas chambers were a unique invention with only one purpose and Lipstadt offered striking background on why the Nazis started using them.

“They worried about the emotional impact on the killer, that ‘our men and boys will become mean’ because they have to stand there at the pit and shoot old people and babies and whoever,” Lipstadt said, “the blood and guts flying all over their clothes.”

Lipstadt also offered succinct definitions of antisemitism — “simply put, it is Jew hatred,” — and the Holocaust, which she called “state-sponsored genocide by the Third Reich” that resulted in the murder of approximately six million Jews.

Defendant Christopher Cantwell, on trial alongside white nationalist pundit Richard Spencer and 12 other men for what plaintiffs injured in the Unite the Right rally allege was a conspiracy to commit racist violence, briefly cross-examined Lipstadt.

He attempted to suggest that many of the statements and symbols Lipstadt had identified as evidence of strident antisemitism by organizers of Unite the Right were, in fact, jokes.

“There’s no such thing as an innocent antisemitic joke?” Cantwell asked Lipstadt, a professor of Jewish studies at Emory University.

He later followed up: “If somebody was going to make a joke about the Jewish people, would the Holocaust be an easy target?”

“I find it hard to imagine using a genocide, which killed six million people, irrespective of their religion, their identity, their nationality, as a topic of jokes,” replied Lipstadt, a former Forward Association member and former Forward columnist.

She rose to fame outside of academic circles in the 1990s when she successfully defeated a libel lawsuit in the United Kingdom by a Holocaust denier who had sued her for defamation. The case was the subject of the film “Denial,” in which she is played by Rachel Weisz.

‘Terrified as a Jewish person’

Lipstadt was preceded on the stand by a Jewish teacher who was a University of Virginia student at the time of the rally. Diane D’Costa testified to the fear she felt that August weekend when extremists came to her college town.

D’Costa had moved into a historic dorm room at the center of campus just a few days before the rally. She told the jury that she heard the marchers before she saw them — a noise growing increasingly loud.

“It was this guttural belly chant that kept going of ‘Jews will not replace us,’ over and over again,” D’Costa said. “I could only describe it as an angry mob.”

She recalled looking out the peephole of her room, which opened onto the university’s main lawn, and seeing a sea of far-right demonstrators carrying torches feet away.

“It was the most traumatized I ever felt as a Jewish person,” D’Costa said. “I thought that I was going to die if people knew who I was.”

D’Costa, who was active in the campus Hillel, turned over a wall poster with Israeli flags and took off her jewelry — a Hamsa necklace and ring bearing the Shema prayer — and left her room to seek safety with a professor who lived nearby. When she stepped outside, she said the man marching closest to her had a swastika tattooed on his arm.

The experience reminded D’Costa of the stories she’d heard about her great-grandmother leaving Poland to escape the Holocaust.

“I felt like I was fleeing my home from Nazis,” she said.

Jewish themes have been infused throughout the case, Sines v. Kessler, which went to trial last week.

While none of the 12 plaintiffs are Jewish, much of their legal team is. D’Costa was questioned by Alan Levine, a leading trial lawyer and chair of the Jewish Theological Seminary.

The litigation, which effectively seeks to bankrupt much of the organized far-right that rose to prominence during the Trump administration, has been organized by Integrity First for America, which is stacked with several veterans of Jewish organizations including director Amy Spitalnick, who previously worked for J Street.

Josh Smith, an attorney representing several of the defendants, was raised Jewish before aligning himself with prominent antisemites and praising David Duke on social media. Raw Story reported that during a pre-trial hearing Smith asked Judge Norman K. Moon to prohibit the plaintiffs’ attorneys from mentioning the Holocaust.

“There’s this stereotype, this Jewish stereotype that basically they can’t go an hour without talking about the Holocaust,” Smith said. “I want to make clear that if they mention a syllable of it, I’m going to object.”

The scene inside the modest Charlottesville federal courthouse, which is being heavily guarded by federal marshals and bomb sniffing dogs, alternated between the somber and absurd, including Cantwell’s questioning of his fellow defendant and friend Matthew Heimbach earlier in the day.

“What’s your favorite Holocaust joke?” Cantwell asked at one point during the morning’s proceedings.

“Uh, my favorite?” Heimbach replied with a chuckle before Cantwell withdrew the question. Cantwell, known online as the “crying Nazi,” hosts a podcast and concluded his questions for Heimbach with a long string of inquiries about Nazi leader Adolf Hitler’s manifesto Mein Kampf.

“No,” Heimbach said before stepping down from the witness stand.