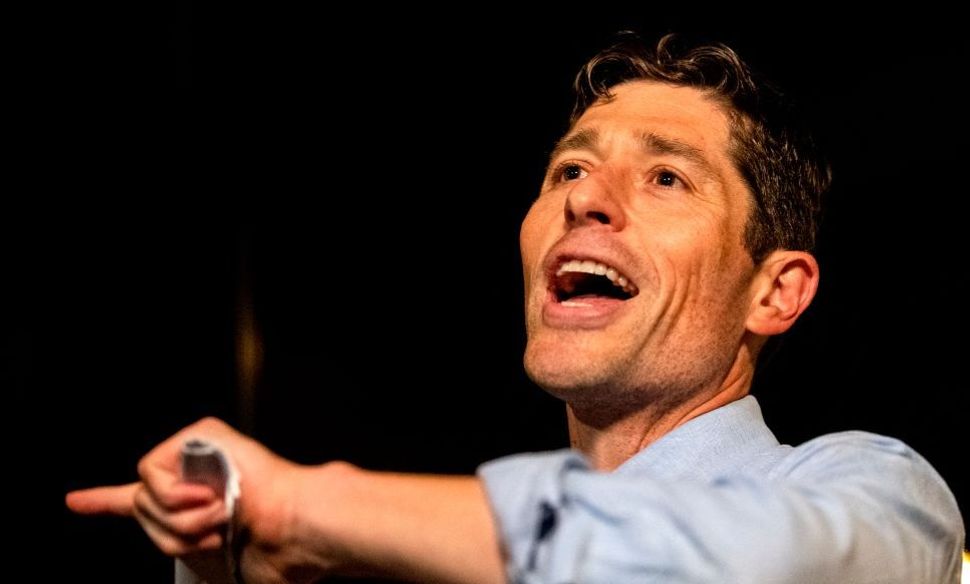 Jacob Frey, the Jewish mayor from Minneapolis, breathed a sigh of relief on Wednesday as he was declared the winner in a tough re-election bid after a rocky first term in which he gained national attention over issues related to police reform.

In his victory speech, Frey attributed his win to the support from a diverse coalition of Black, Somali and Latino voters.

The city’s Jewish population, which makes up about 22,200 households, didn’t publicly back Frey, who is a member of the Reform community.

“I have spent more time in Black churches working directly with pastors over this past year than I have spent in any synagogue,” Frey said in a recent interview with the Forward.

“This was a win for moderate Democrats over those seeking rapid change,” said Rabbi Avi Olitzky, a senior rabbi at Beth El Synagogue in suburban St. Louis Park, who is retiring next year. “Frey sought progress, but in intentional step-by-step reform.”

Frey, 40, had a tumultuous two years since the killing of George Floyd by a police officer on May 25, 2020. The aggressive police response to the nationwide protests that followed led to anger over systemic racism and racial inequality. To the left of Frey, there was an aggressive campaign, pushing ballot initiatives to limit the mayor’s control over city government and to replace the police department with an as-yet undefined department of public safety — motivated by the “defund the police” movement that has spread in other major cities.

Frey promised to reform the Minneapolis Police Department, but argued that the city charter didn’t give the mayor sufficient power for structural changes.

The Democratic incumbent opposed the police reform measure, and the candidates running to his left urged voters not to rank him even as a second or third choice in the ranked-choice voting system. The economic fallout from the coronavirus pandemic and a troubling spike in violent crime added to his challenges.

But at the end of the day, Frey received 49% of the vote in the second count of the ranked-choice votes after most of the 19 candidates were eliminated.

Rhona Shwaid, a Minneapolis attorney, suggested that voters may have lacked confidence in the left’s progressive proposals or were looking for a better candidate who shared a similar platform with Frey. But the two top rivals — Kate Knuth, a former Minnesota state representative; and Sheila Nezhad, a community organizer — supported the ballot measures and both were backed by Rep. Ilhan Omar, whose 5th congressional district included the city of Minneapolis, and Alexandria Ocasio-Cortez, a Democrat from New York.

With no clear alternative, she said, Frey managed to keep his job.

“All of the work around safety and accountability is complex,” Frey said on Wednesday. “None of it you can fix with a hashtag or a slogan or a simplistic answer.” He expressed hope that the reforms would be made “in a united fashion.”

“The true test will be in this term to see if he can actually make meaningful progress and change,” Shwaid said.