An L.A. museum puts the saga of Soviet Jewry on display 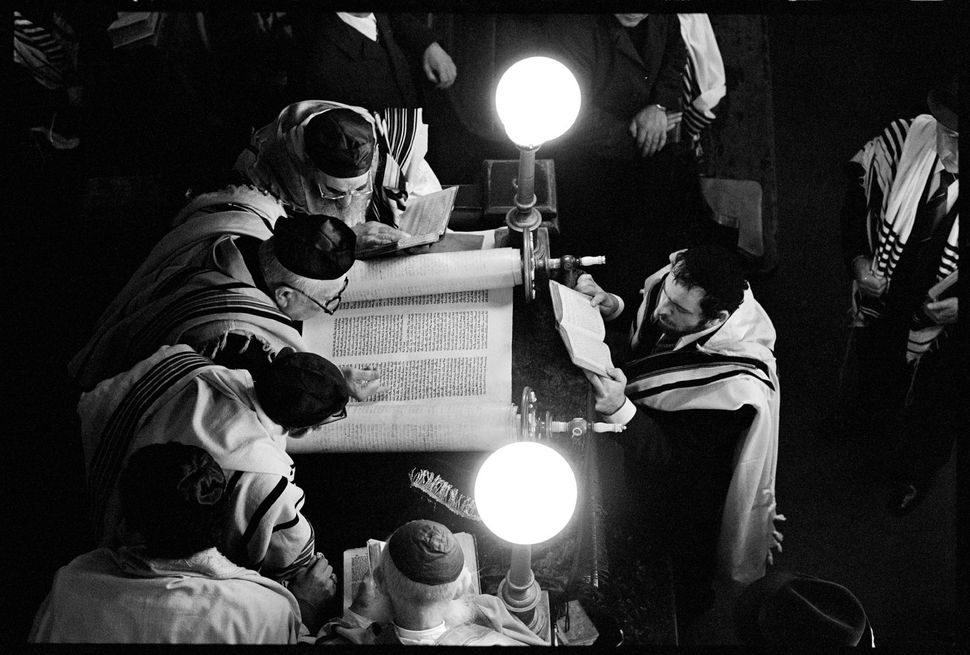 In the dark days of the Cold War, photographer Bill Aron, the son of a Russian émigré to Philadelphia, traveled to the Soviet Union. In Moscow, Leningrad, and Minsk, he took portraits of refuseniks— Soviet Jews who were demanding their freedom— as well as photographs of the Jewish synagogues and those worshipping there.

Starting Nov. 14, you can see Aron’s photos at a new exhibition at the little-known Wende Museum in Culver City, Calif. “Soviet Jewish Life: Bill Aron and Yevgeniy Fiks” is a documentary photography and art exhibit that is a powerful reminder of the courage of Russian Jews and the tragedy of their life under the Soviet regime. 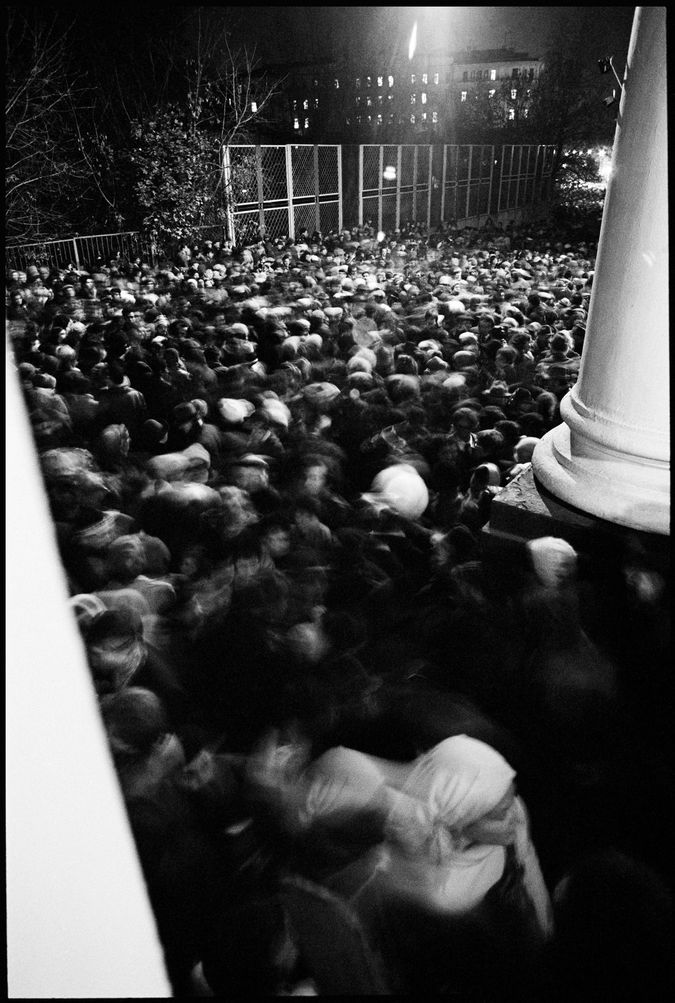 Aron’s photos are both artistic creations and documentary artifacts: the beauty and grandeur of the Leningrad synagogue, religious Jews worshipping in Moscow and Minsk, a celebration of Simchat Torah in Moscow with a crowd several thousand strong.

There are also a series of portraits of young Jews. They look, at first glance, very much like people we might know from Brooklyn or Silverlake or any other enclave of young Jews today.

In fact, if one were just to look upon Aron’s images without reading the wall descriptions, without the context of the museum exhibition, one might think they are fine images but nothing special.

However, when one realizes these are Jews who practiced their religion in the Soviet Union at a time when doing so meant political and personal jeopardy, and who attempted to leave the Soviet Union to live freely as Jews, the pictures take on a whole other dimension of poignancy in showing us glimmers of the tragedy of Soviet Jewry.

That’s the goal of the powerful exhibit, which the Forward previewed last week. The little-known Wende Museum, founded in 2002, is dedicated to making accessible to the general public and scholars alike its materials about the many narratives and diverse perspectives from East and West on the Cold War. 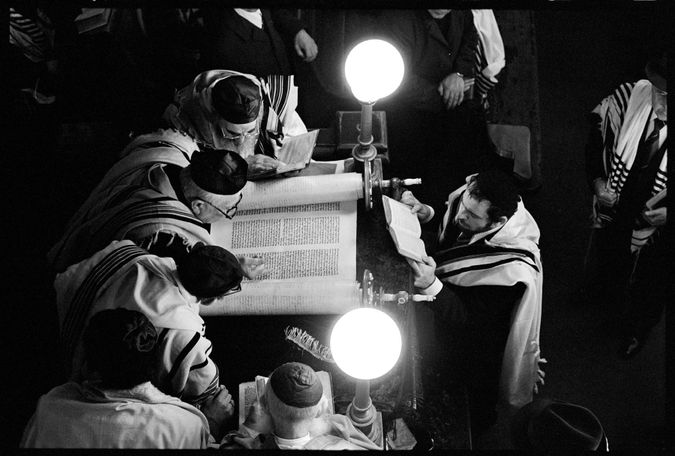 Under the Soviets, Jews were allowed to attend universities and join professions previously denied to them. But that social mobility was quickly limited. In a country that adopted atheism, antisemitism ran rampant, becoming official policy under Stalin’s regime.

By the 1970s, Russian Jews wanted the right to emigrate and leave the Soviet Union. Those Jews who dared to apply for exit visas faced, in the words of the Wende exhibit, “the loss of employment, educational opportunities, and isolation from family and friends.”

The Soviet government rejected their applications, and those Jews wishing to emigrate became known as “Refuseniks.”

It is these brave Jews – both those who practiced their Judaism under the Soviet Union as well as those attempting to leave that are at the core of the Bill Aron and Yevgeniy Fiks exhibits at the Wende.

“What does it mean ‘being refused?” reads the testimony of refusenik Yuli Kosharovsky in one of the exhibits. “This means being dismissed from your job, to be without money, to worry about your children who are hounded in schools and who won’t be accepted in any institution, to lose almost all your friends, to have trouble with the militia, with house janitors, with neighbors and the K.G.B. And this means that your time of life is passing without return, that the present has lost all sense and value, that you have been thrown out of the present and not given a future, that you are a shadow person.”

The reasons for the refusal of their visas were as capricious as they were arbitrary. Lev Blishtein, for example, whose portrait hangs in the exhibition, worked as the administrator at a meatpacking facility that made sausages. He was denied a visa because the Soviets determined he was in possession of state secrets such as how much actual meat was in the sausages.

During his trip, Aron was aware that he was under constant surveillance by the Soviet security forces. When Aron arrived at the airport to leave Russia, authorities confiscated his bag of film canisters and the film in his camera. Luckily, Aron had been warned this might happen and had substituted dummy canisters, hiding the originals elsewhere in his luggage. Had Aron not done so, these images would have been forever lost.

In keeping with the Wende’s mission of providing several prisms to consider historical events, the exhibit also features an installation by Yevgeniy Fiks. Fiks comes from a later generation of Soviet Jews. He left his native Moscow in 1994, at age 22, moving to New York. Fiks’ artistic practice is “a mixture of documentary artifacts and artistic imagination,” said Joes Segal, Wende’s chief curator. 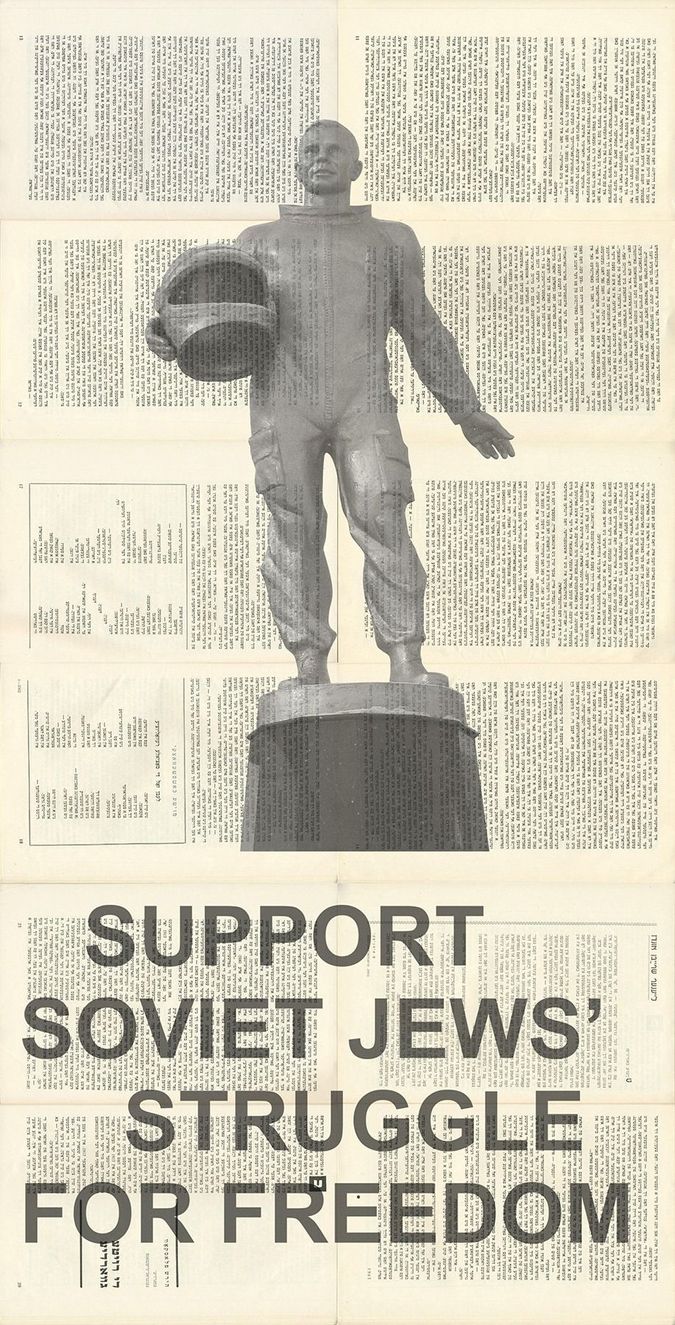 Several of Fiks’ works on display are inspired by Birobidzhan, the utopian Jewish semi-autonomous region the Soviets created in 1934, whose official language was Yiddish.

Beyond the exhibits, the Wende is sponsoring a series of related programs, some in-person and accessible online. Both Aron and Fiks will be present on Nov. 14, opening day.

The stories of those Russian Jews brave enough to practice their Judaism openly and who demanded they be free to leave the Soviet Union is quickly fading, said curator Joes Segal. The artifacts and record of their heroic protest were left behind in Russia and are being erased by the State. That’s why the Wende, Aron’s photos and Fiks’ art give this modest exhibition such importance.

“Without evidence,” said Segal of the archives and the exhibit, “there’s no history.”

An L.A. museum puts the saga of Soviet Jewry on display