Decimated in the Holocaust, a Norwegian Jewish community revives

A panoramic view of the historic downtown Bergen, Norway from the waterfront. Photo by Joe Stump

But now Jewish life in Bergen has returned — officially.

Bergen Jews created a new organization, Det Jødiske Samfunn i Bergen, last year, and the city recognized it in December. This year, 45 Jews gathered in the west Norway city to celebrate Rosh Hashanah collectively for the first time in 80 years. 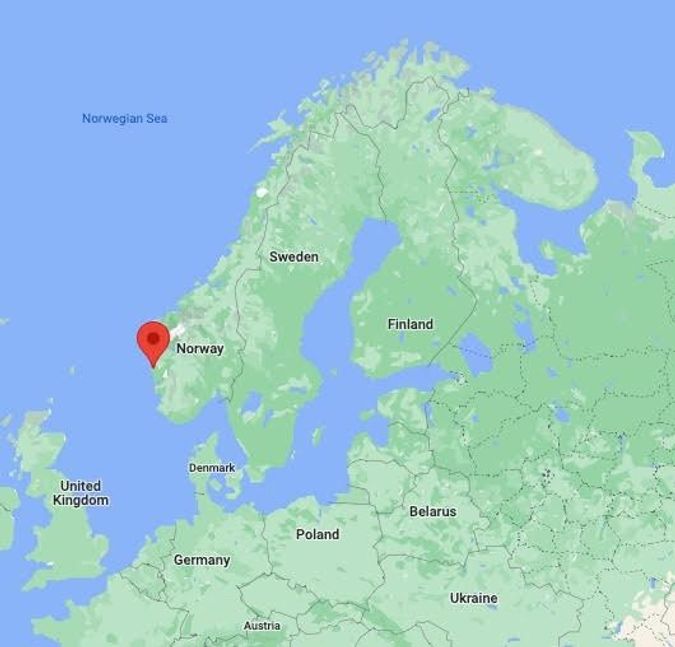 Bergen is the second-largest city in Norway.

The gathering encouraged those who want to nurture Jewish life in a European country that does not stand out for its antisemitism, but where “Jew” is still a slur commonly heard in schools and where Jewish people say they often confront antisemitic misconceptions conflated with anti-Israel vitriol.

“I think this really gives hope to other communities that have been completely erased from the Holocaust—that you can bring Jewish life and culture back into a community,” said Alexandra Kimberly Bobrow, a member of the revived community who grew up Reform in New York and now sits on the board of the new organization.

“Maybe we will be able to do something that has never been done here before, which maybe no one thought would be possible,”

A recent State Department estimate put the number of Jews in Norway at about 1,500 — fewer than pre-war estimates. But leaders of the new Jewish community of Bergen say it’s likely higher, between 2,000 and 2,500.

On Rosh Hashanah, the group’s leader, Gideon Ovadya, a Beersheba native, read from the Torah, and a University of Bergen musician proved “the world’s greatest shofar player,” said Dániel Péter Biró, the deputy leader and a music composition professor at the university. The menu featured High Holiday fixings like apples and honey and local pescatarian flavor: very-spicy cod and salmon.

The organization, whose members span the spectrum of ritual observance, is registered as a secular group, mirroring Bergen’s largely secular orientation prior to the war. It will host cultural events and offer courses on Hebrew, Yiddish, and Jewish history, culture, and religion, and aims to create Bergen’s first-ever synagogue and to engage a rabbi and a cantor. The group’s mission in the city, which is home to about 270,000 people, is both to unify its Jews and to engage non-Jews.

Members of the organization — one of three Jewish groups in Norway to gain government recognition — hail originally from Canada, Eastern Europe, Israel, Sweden, and the United States, in addition to Norway.

The nine-member board can also be diverse in its opinion, as it is on the question of whether the local press’s attention — or lack of — to the group, has been antisemitic.

Biró said Bergen’s two dailies initially refused to publish an announcement when the group formed. With antisemitism on the rise in the country, “the Norwegian press has often been less than supportive of the aspirations of Norway’s Jewish population,” he said. Bobrow agreed the papers did not consider news of the new Jewish organization sufficiently important.

But board member Thea Savosnick Sævland, a native of Trondheim, Norway, said the media outlets didn’t run the announcement because they don’t usually print such things. “It’s not like the Norwegian newspapers are not interested in us,” she said.

Norway, whose constitution banned Jews from entry until 1851, has struggled with antisemitism.

It took until 2012 for Norway to apologize for the first time for complicity in arresting and deporting Jews during the Holocaust. “Norwegians carried out the arrests; Norwegians drove the trucks and it happened in Norway,” then Prime Minister Jens Stoltenberg said. 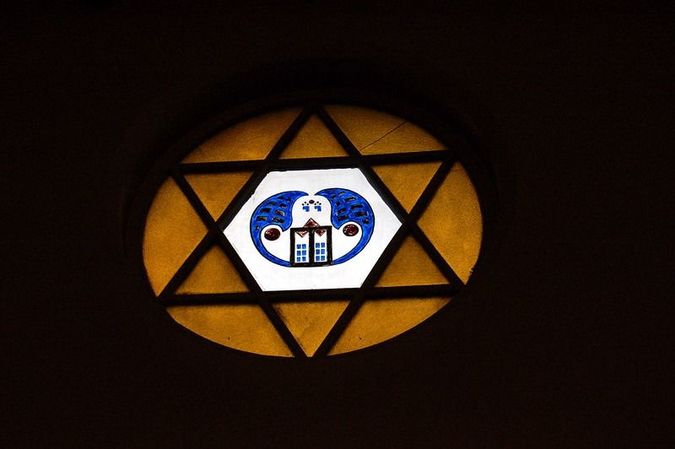 Detail from the synagogue in Oslo, Norway Photo by oaø

A December 2017 Norwegian Center for Holocaust and Minority Studies survey found 8.3 percent of Norwegians held negative views of Jews — down from 12.1 percent in 2011. (More than 30 percent disliked Muslims.)

Sølve Sætre, a senior staff member in Bergen’s Culture, Diversity and Equality Department, said attitudes in Bergen likely echo national ones. “I am sure we could do more to teach people in Bergen more about Jewish history and culture and will value the input from the newly started Jewish community,” he said.

On Elpeleg, a board member of the Jewish group and a political activist whose Twitter bio identifies him as a “Middle East commercial attaché for Somalia,” said swastikas can be found in schoolyards and on blackboards and antisemitism follows Jewish children as they grow up.

He said most Jewish Norwegians — including members of the organization’s board — try to avoid political discussions, but that “it’s not easy.” Elpeleg added that both left-wing and right-wing Norwegian parties oppose Jewish circumcision and kosher slaughter.

And he pointed out that the Norwegian public television station NRK has recently broadcast antisemitic tropes and references, including the Jewish domination of the media, “pizza ovens” in concentration camps, and the idea that it might be good if the COVID-19 vaccine didn’t work rather than protect Israelis, Elpeleg said.

Baard Ludwig Thorheim, a member of Norway’s parliament who is not Jewish, said antisemitism is sadly a problem in Norway, but less so than in many European countries. Many Norwegians don’t distinguish between Israeli politics and Jewish views, and there is a lack of nuance in the debate about the Boycott, Divestment, Sanctions (BDS) movement, he added.

“In general there are few tensions with Norwegian Jews,” he said, “but in order to keep it that way, we need more knowledge, dialogue, and understanding of Norwegian Jewish history and life today.”

Sætre said the city’s police and hate crime experts reached out to the new Jewish leadership to set up a meeting. “It is not acceptable that people feel that they need to hide their Jewish identity in certain social situations,” he said. “It is important for an inclusive and diverse city to have an active Jewish community.”

But last month, Biró was optimistic as he observed the communal Rosh Hashanah celebration.

“It became clear to me how heterogeneous the community is,” he said. “That’s something the newspapers should celebrate.”

Decimated in the Holocaust, a Norwegian Jewish community revives