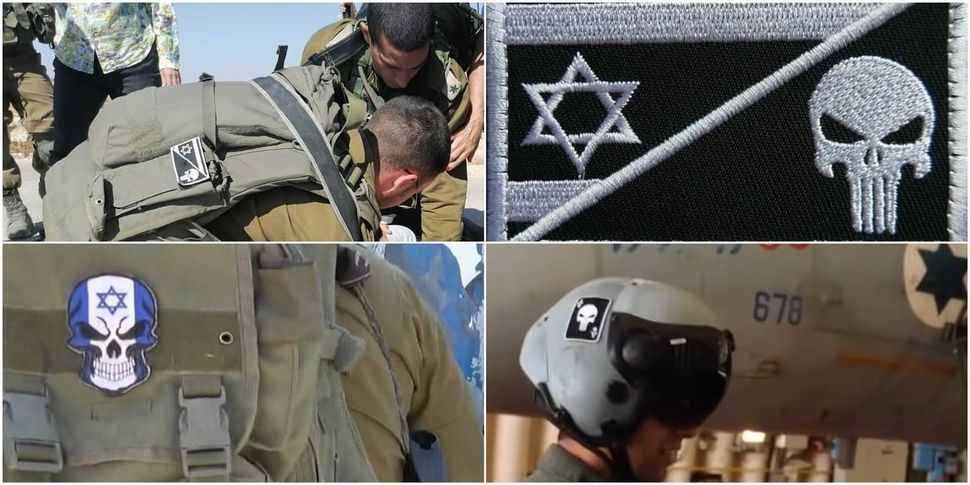 Some Israeli soldiers have been spotted with an odd choice of insignia on their uniforms. 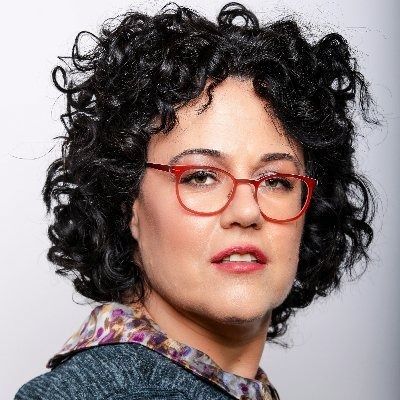 This article is part of the Forward’s partnership with Shomrim, a nonprofit investigative newsroom in Israel. Click here to see the original, Hebrew version.

Several Israeli soldiers and police officers have been spotted recently with a surprising emblem adorning their helmets or flak jackets: the skull worn by the Marvel comics character “The Punisher” – and reminiscent of one used by the notorious Nazi-era S.S.

It was seen on the jacket of a soldier confronting a Palestinian man on Sept. 17 in the South Hebron Hills, part of the Israeli-occupied West Bank. It was also spotted at a violent outbreak on the streets of Jaffa in May, during the war between Israel and Hamas militants in the Gaza Strip. And when an Israeli F-15 pilot was interviewed this spring on the British network Sky News, the emblem was in clear view.

An Israeli fighter pilot had the symbol on his helmet.

“The Punisher,” who appeared in various Marvel comics in the 1970s, is Frank Castle, a former Marine whose wife and children were murdered by the mafia. After a police cover-up, Castle embarks on an extensive campaign of vigilante justice (the character’s creators also considered calling him the Assassin).

Vigilante heroes are common in the world of comic books, but the Punisher is particularly brutal, and known for his love of weapons. The skull he wears on his chest is derivative of the Totenkopf – German for “death’s head” – that adorned the uniforms of the S.S. officers who guarded concentration camps during the Holocaust.

“He is our dark and violent side,” Gerry Conway, the Punisher’s creator, once said. “If we were all like him, there would be anarchy.”

‘We spray-painted it on every building’

After the Sept. 11 terror attacks on the United States, the Punisher gained renewed popularity among American law-enforcement officials and troops. Chris Kyle, a Navy SEAL who inspired Clint Eastwood’s 2014 movie “American Sniper,” wrote in his autobiography that members of his unit painted the emblem onto their personal equipment, vehicles and walls of places they would pass through. The symbol also showed up in Afghanistan.

The release of “American Sniper” further popularized the symbol among law enforcement, militias, gun advocates – and neo-Nazis. In 2017, Netflix produced an action series based on the Punisher (which starred the Jewish actor Jon Bernthal). 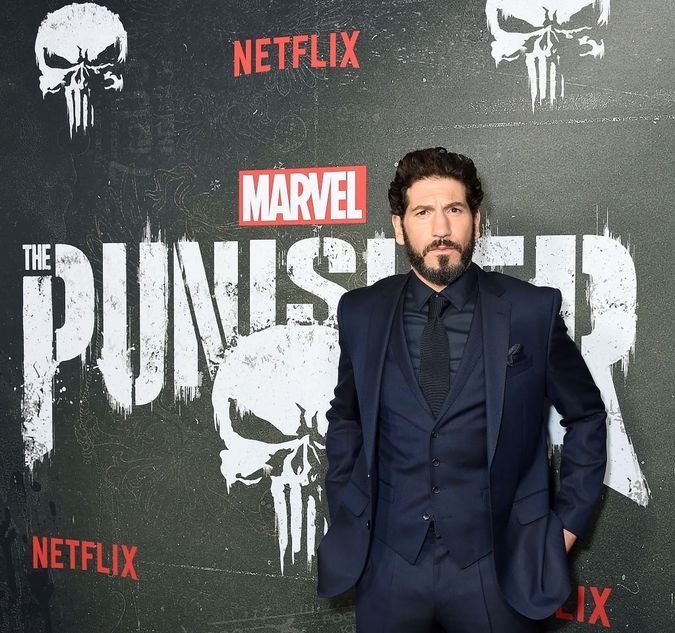 Jon Bernthal at the premiere of Marvel’s “The Punisher” in Hollywood. Photo by Gregg DeGuire/Getty Images

The emblem is also identified with the Oath Keepers, a far-right group that calls on its followers to protect the United States from enemies both foreign and domestic, and urges them to refuse orders that it says are unconstitutional. The group claims many police officers and U.S. military veterans as members.

In Israel, the rapper, blogger, and right-wing political activist Yoav Eliasa – known by his stage name The Shadow – has also been photographed recently with the symbol on his sleeve, most recently during a photoshoot on the Gaza border with soldiers waving their weapons.

Last year, an article in Forbes reported that Conway, the character’s creator, was enraged and embarrassed that QAnon supporters and the Fox News host Sean Hannity were fans of the Punisher. In response, the article said, Conway had created a campaign called Skulls for Justice that invited people of color to create artworks that incorporate the image and Black Lives Matter themes.

’Everyone knows the connection’

Dr. Avner Wishnitzer, one of the founders of the Israeli anti-occupation group Combatants for Peace, was in the South Hebron Hills on Sept. 17 trying to bring a water tank to one of the area’s isolated Palestinian communities. He was arrested that day, and posted on the Combatants’ Facebook page his shock at seeing the emblem on the Israel Defense Forces uniform.

Israeli soldiers detain an activist in the South Hebron Hills.

Wishnitzer, a senior lecturer in the Department of Middle Eastern and African History at Tel Aviv University, said in a later interview that he and others arrested that day asked a female soldier wearing the emblem on her helmet about it, “but she didn’t want to talk about it.” He said they also asked other soldiers, who did not have the emblem, whether it bothered them to see the skull enmeshed with the Israeli flag, and “they told us they hadn’t given it too much thought.”

“As far as I am concerned, it’s part of the dulling of the senses that happens when soldiers serve in the territories,” Wishnitzer said. “Even if they didn’t fully understand the significance, and just thought it looked cool, the person who designed the insignia and then distributed it must surely have known.

“Even if most of the soldiers don’t understand the significance and the neo-Nazi overtones of the symbol,” he continued, “everyone knows the connection between the skull-and-crossbones and death.”

No soldier or police officer who wears the symbol was interviewed for this article about why they chose to do it. Mossi Raz, a member of Israel’s Parliament, has submitted an official inquiry to the police minister to look into how widespread the phenomenon is, but the police said they did not have enough details to proceed with an investigation.

Asked about the officer seen with the emblem at the Jaffa incident in May, a police spokesman, Chief Superintendent Yigal Habasor, said the sticker had been removed because it was not authorized, but shrugged off any thought of disciplining the officer who wore it.

“You want us to take disciplinary action because of some sticker? I think you’re getting confused,” Habasor said. “Instead of saluting an officer who protected civilians with his body, you’re bothered by some symbol he was wearing. That’s insane.”

The IDF Spokesperson’s Unit, however, was more contrite, saying in a statement that soldiers are allowed to “wear on their uniform only symbols that have been approved by the authorities,” and that the Punisher emblem “had not been approved by the Symbols Committee and is therefore not permitted.”

“The instructions will be reinforced, and we will hold conversations with soldiers regarding the historical significance of the symbol,” the statement continued. “They will be instructed to remove it from their uniforms.”

Military officials added that members of the unit whose soldiers are photographed in this article have been reminded of the regulations but were not disciplined since they were unaware of the significance of the symbol. 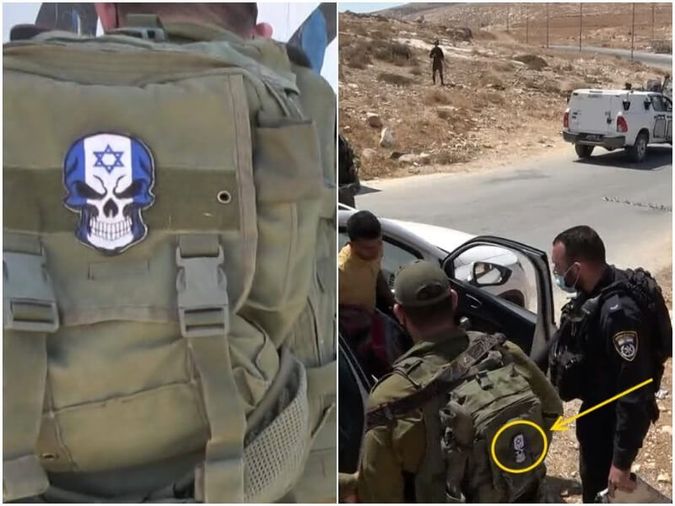 Incarnations of the symbol on the uniforms of Israeli soldiers.

Avner Gvriyahu, executive director of Breaking the Silence – a group of military veterans protesting Israel’s treatment of Palestinians – said he began seeing “the insignia with the Totenkopf and the Israeli flag” three years ago, and that it has “become a lot more commonplace.”

“Just today, a Palestinian friend who was crossing through the Bethlehem checkpoint, asked me if I know what it means, because she’s seen it on a soldier’s uniform,” Gviryahu said in an interview in September. “It appears to me to be an attempt by front-line soldiers to intimidate people. As a soldier, you’re thinking about how you go into a situation – face paint, masks and so on – and that symbol is a way of saying ‘Wassah!’” (‘Wassah’ is Israeli Army slang relating to the physical presence of a soldier.)

Prof. Yagil Levy, who focuses on civil-military relations at the Open University in Israel, sees the trend as a reflection of a broader one.

“Expressions of military violence have become more extreme,” he said. “It’s not hidden, as it used to be; it’s in the open. It’s not denied; it’s a source of pride.”