Losing kosher certification over politics? It could happen to Ben & Jerry’s. 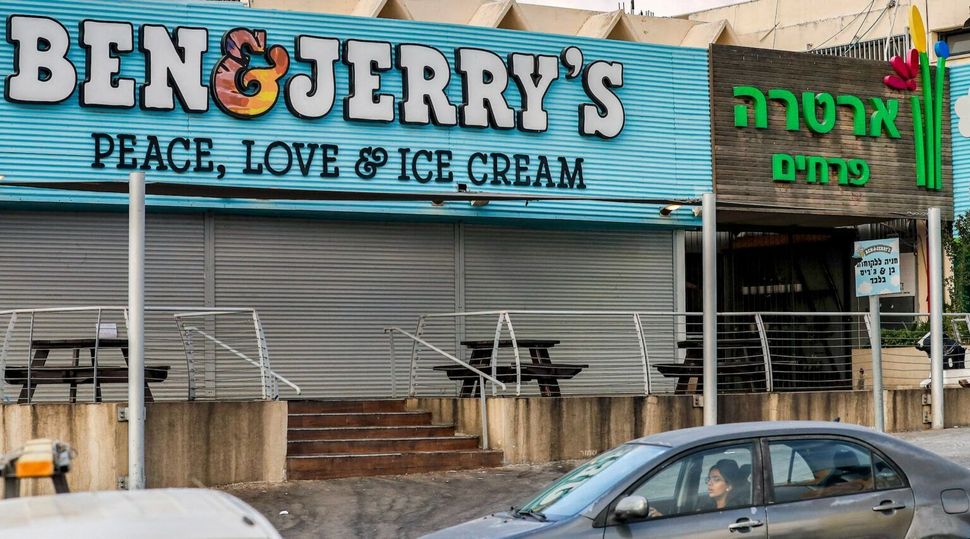 Ben & Jerry’s decision this summer to stop selling its products in East Jerusalem and the West Bank has created a difficult and novel conundrum for its kosher certification agency: should it renew its contract with the ice cream company?

“This is very unique. I have not experienced something like this before,” said Rabbi Daniel Senter, CEO of KOF-K. He started working at the New Jersey-based agency, one of the largest Kosher certification companies in the world, more than 35 years ago.

Senter just returned from a trip to Israel, where he met with representatives of Ben & Jerry’s and Israeli government officials, in hopes that the ice cream maker would rethink its plan, which it announced in protest of Israel’s treatment of Palestinians. 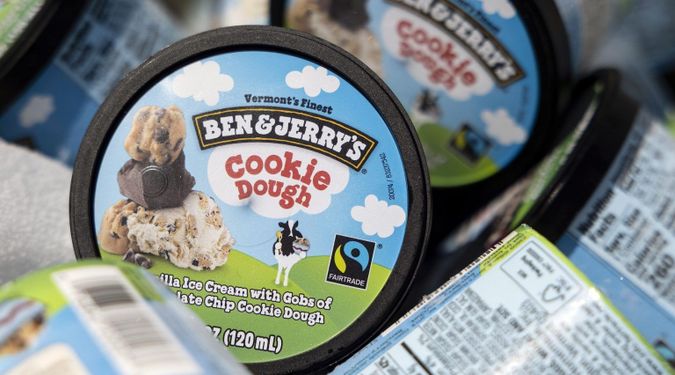 But if the resolution Senter is hoping for does not materialize, he is reserving an option he’d rather not take — and one that might make it substantially harder for Ben & Jerry’s to sell their ice cream in Israel, period. “I have a right not to renew their contract,” he said.

That contract expires at the end of this year.

The idea that a kosher certification agency might cut ties with a client for reasons other than a failure to comply with the dietary laws of the Torah bothers many in the business. They worry about a slippery slope that will present them with an endless series of questions that touch on topics far afield from kosher goods and services.

Asked about its talks with Senter, a spokesperson for Ben & Jerry’s pointed to the company’s original statement on the issue. It will continue to sell ice cream in East Jerusalem and the West Bank through the end of 2022 and then will sell its products in Israel under a “different business arrangement,” according to the company’s website.

Rabbi Avrom Pollock, president of the international kosher certification agency Star-K, said that in theory, businesses like his should be able to operate without having to deal with political controversies like that touched off by Ben & Jerry’s decision.

But while these agencies serve businesses seeking a hechsher, or certifying stamp, he continued, they also serve kosher consumers. And those consumers have, in large numbers, made their views of Ben & Jerry’s clear, calling out the company in op-eds, and posting photos of dumped pints on social media.

“If kosher consumers don’t appreciate something, how wise is it to get involved with it?” Pollock said.

Should KOF-K end its relationship with Ben & Jerry’s, Star-K won’t attempt to take its place, he added.

But others advise that kosher certification agencies to stick to what they’re trained and paid to do.

“If it’s kosher, certify it,” said Arlene J. Mathes-Scharf, a food scientist and editor of kashrut.com. “Keep politics out of it.”

Kosher certification companies shouldn’t become the arbiters of disputes that may be impossible for them to resolve, Mathes-Scharf said. Better leave that to kosher consumers: if they don’t want to buy a kosher product for reasons other than whether it is kosher, they won’t.

“If consumers feel that Ben & Jerry’s has done something wrong — and I agree with them — then boycott them,” said Dani Klein, founder of YeahThatsKosher, a website and digital resource on kosher restaurants and travel. “That’s what I’m doing.”

“We shouldn’t use halacha as a political cudgel,” he said, referring to Jewish law.

Senter said he heard from many consumers upset over Ben & Jerry’s decision. But Klein said it’s problematic when kosher certifiers are pressured to respond to political events.

While the Ben & Jerry’s presents an unusual situation — “we haven’t seen the Middle East conflict come into direct relationship with kashrut until now, if memory serves me right,” Klein said — it’s not uncommon for certification companies to make decisions on matters other than whether a product or business conforms to dietary laws.

He gave the example of “Impossible Pork,” a plant-based product made by the same company that created the “Impossible Burger.” The Orthodox Union, the largest and most influential certifier of kosher products in the world, won’t certify the product as kosher — even though nothing about its ingredients or preparation conflicts with Jewish dietary laws.

“The Impossible Pork, we didn’t give an ‘OU’ to it,” said Rabbi Menachem Genack, the CEO of the Orthodox Union’s kosher division.

Yes, the product met the technical requirements to be considered kosher, he said. “Just in terms of sensitivities to the consumer … it didn’t get it.”

Klein also pointed to a pop-up business called “Hakadosh BBQ,” a play on one of the terms used for God.

“I thought it was one of the greatest names,” Klein said.

But many found it disrespectful, and sent angry emails to Star-K, the certification agency that worked with the pop-up. As a result, the business owner came up with a less provocative name.

Mathes-Scharf, of kashrut.com, offered another reason to keep kosher certification agencies focused solely on dietary laws. Judging food producers by other measures can backfire, she said. If you close the door on kosher certification, a company may never choose to seek it out again.

But to Pollock, the president of Star-K, there are some instances in which withholding the certification on a kosher product simply seems like the right thing to do.

“This has not happened, but let’s assume the chief executive of a food company is a Holocaust denier,” he said. “That would be the type of thing we would be very upset about.”

Losing kosher certification over politics? It could happen to Ben & Jerry’s.