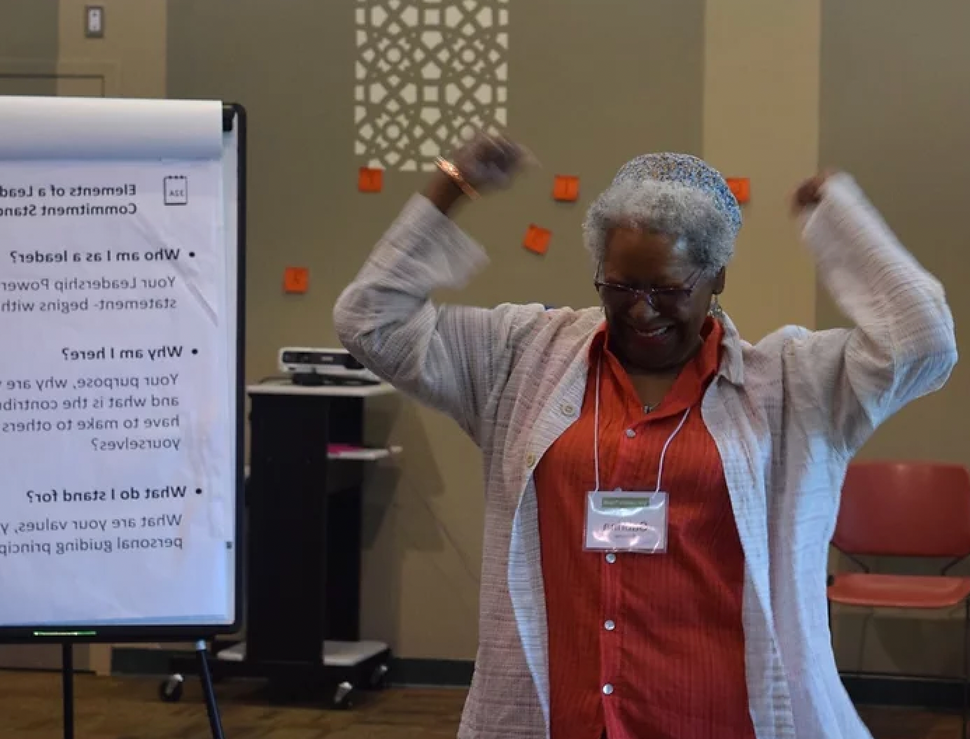 After a difficult divorce more than 40 years ago, she was trying to figure out what to call herself. For reasons she can’t recall, two different groups of friends had nicknamed her Sabrina, so she took that as a new first name. The surname came to her in a dream — “like Joseph,” she recalled.

“Sojourner Truth came to me and said you are part of my legacy, take my name,” she explained. In the decades since, Sabrina Sojourner has infused Truth’s feminist, abolitionist legacy with her own Jewish spirituality.

Sojourner, 69, is a political activist who has spent 2021 leading Shabbat and holiday services online and in-person, along with conversations on race and inclusion at synagogues and other Jewish institutions. This spring, she joined other prominent Jews of color to lead Be’chol Lashon’s first Juneteenth worship service since it was declared a federal holiday.

In 2020, she co-founded Khazbar, an organization that brings together Jews of color, including those of Sephardic/Mizrahi descent.

Her work is undergirded by a belief that people must love themselves before they can address their bigotries, and that racism and antisemitism must be combated simultaneously.

“They are entwined at the root,” she explained.

Sojourner, a Conservative Jew, has not been ordained as a cantor, but has studied alongside several and at the Davvenen’ Leadership Training Institute, part of the Jewish Renewal movement. She led her first service on Rosh Hashanah in 2008.

Her careers before hazzanut include public-television producer and activist focused on LGBTQ issues and racial equality, with a stint at the National Organization for Women. She served as the District of Columbia’s shadow representative in Congress from 1997-1999, after working as an aide to U.S. Rep. Maxine Waters of California.

These days, Sojourner presides at interfaith marriages and other life-cycle celebrations eschewed by many traditional clergy. A mezzo-soprano, she is also the spiritual leader of a retirement community north of Washington, D.C., and a chaplain and hazzan at St. Elizabeth’s Medical Center.

Wherever she leads services, Sojourner insists that other voices be heard.

“Otherwise it’s a passive experience, and I find those experiences everything from boring to infuriating,” Sojourner said in an interview. “I do not believe that the rabbis intended the liturgy to be static, delivered in an operatic form, to roll over people.”

In her own words 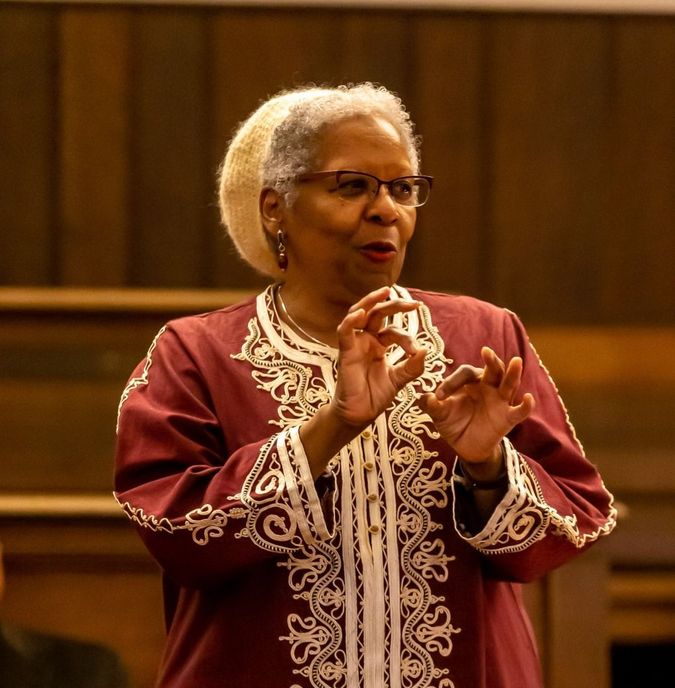 What do you eat for breakfast?

Except on Shabbat, I eat oatmeal with black sesame seeds, blueberries, and pecans.

On Shabbat, it’s a slice of my homemade oat challah with some kind of fish: from leftover roasted salmon to homemade whitefish salad, or my favorite treat, sable (probably will lose relatable points for that).

On Sundays, I sometimes make myself a modest brunch. Other times I choose between my defaults. On all days, one cup of cold-brewed coffee (yes, I make that, too).

What app on your Smartphone can you not live without?

It’s a toss-up between Google Maps and Tile.

I do a lot of driving, and having access to alternate routes to usual places during heavy traffic — and clear directions to new or one-off places — is quite helpful.

Like others, I sometimes squeeze myself on time, picking up and putting down my keys or phone too many times. Tile has solved that frustration of finally having everything I need and not being able to find my phone and/or my keys!

Seeing James VanDerZee’s photos of Black Jews in Harlem and Brooklyn, and of a man who was described as a cantor.

I now know his name was Thomas LaRue. He was a cantor in his congregation and performed for mostly Jewish audiences. I now know that the feeling I experienced when I saw those images as an 8-year-old was some sense of belonging and longing.

I don’t know how to pick one! I’ve been leading services for more than 15 years. There is something I love and find meaningful in each holiday and festival. I experience physical, emotional and spiritual growth with each.

There are two periods in our calendar that I love, and each precedes a holiday: Counting Omer and the weeks from Tisha b’Av to Rosh Hashanah. Both have become important times for reflection, assessment, gratitude and absorbing/naming the changes, transformations and insights.

I deliberately look back to see what I’ve missed, avoided or dropped. It’s my time to catch up with myself. Now that I’ve written through my anxiety … if I had to pick one, it would be Simchat Torah, precisely because it celebrates everything that is collectively and individually Jewish!

Who is your hero?

Mom was an elementary-school teacher for more than 41 years. She believed in the transformative power of education, community service, a family of blood and friends and God.

Lucile was a loving, caring and a mostly patient mother of five girls, and a very talented, patient and award-winning educator. We received condolence cards from many of her former students, colleagues and principals. Each spoke about how wonderful she was to work with, her generous advice and coaching, and what they learned from her.

Tell us about a book you read, movie you watched, TV show you streamed or podcast you listened to in 2021 — or one of each!

There are two books that stand out for me: “Beautiful Country” by Qian Julie Wang and “Rice” by Michael W. Twitty.

In “Beautiful Country,” Qian Julie shares her struggles, stresses and growing pains as an undocumented immigrant to the United States. Beyond her precious documentation of her vulnerability, there is a specificity and a universality in her journey to who is she is now.

I always enjoy reading Michael. He is a natural storyteller, loves history, is curious-to-fascinated about anything and everything that has to do with food. I love how he weaves all these aspects of himself — and more — into his cookbooks. “Rice” is about this simple grain that so many of us take for granted. The recipes are wonderful and easily adaptable for dietetic preferences.

As for TV, I mostly caught up with the newest “Star Trek, Discovery,” which I love. It’s not perfect, and yet it’s perfect for our time. I binge-watched the first three seasons this past spring and summer. I’m watching season four as it unfolds. It’s a great post-Shabbat treat!

It’s been hard not to go to movies. There are some things that must be seen on a big screen. My birthday gift for myself was to see “Dune.” It’s stunningly beautiful and well-acted. The worms finally matched my vision of them! I’m glad director Denis Villeneuve decided to divide the book and update some of the characters and sensibilities.

I listen to a lot of podcasts. I love the storytelling behind each one. Among my favorites are “Hidden Brain,” “It’s Been a Minute,” “Jazz in America,” “Throughline,” “On the Media” and “Latino USA.”

What’s one thing you always do (or try to) on Friday night or Saturday?

On Fridays, my goal is to have dinner ready by 5:35 p.m. so that I can chant the blessings, eat slowly and enjoy my meal. That also allows me to have a nice break between my meal and leading services.

Shabbat afternoon, I always try to have a martini, a good lunch and a nap. Not always in that order.

To continue to enjoy this amazing time! I have a lot going on and I’m up for all of it!