In new job, the ‘Anthony Fauci of the New York City Council’ aims to fight COVID and antisemitism 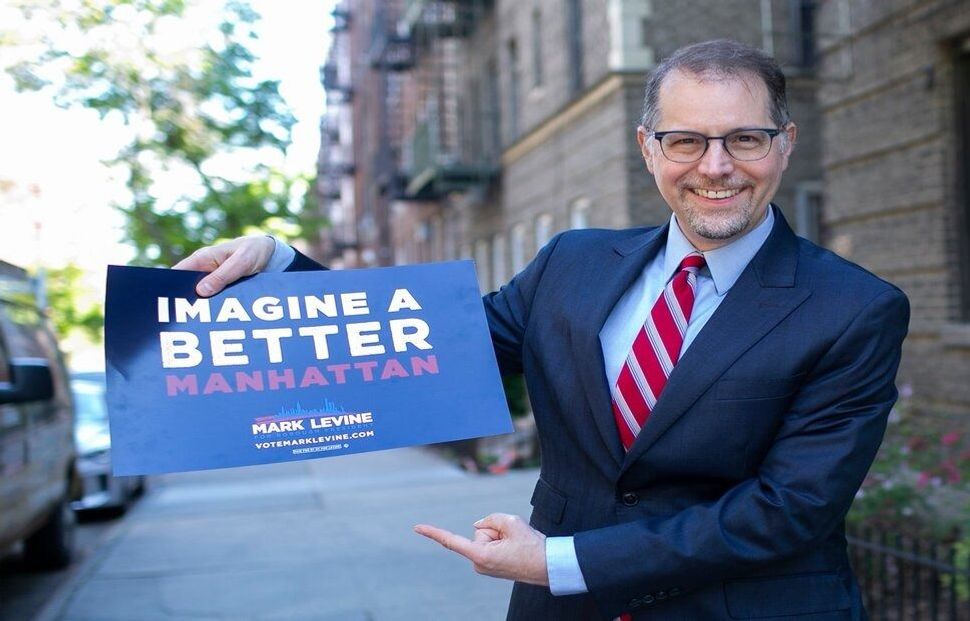 Mark Levine, a term-limited councilman from Manhattan, is battle tested. In his two campaigns for the City Council, Levine, who is Jewish, was subject to vitriolic antisemitic attacks from a primary rival. “I have confronted explicit antisemitism in politics before and I’ve proven that we can beat it,” he said after his re-election. And just as he was preparing to be sworn in as Manhattan Borough President on Saturday, Levine contracted COVID for the second time.

“If I can get hit by Omicron, anyone can,” Levine, who has been vaccinated and received the booster, said in a recent interview. He described his symptoms as “relatively mild” but said that he still felt “knocked down” for a couple of days. “I shudder to think what this would have been like if I hadn’t had the protection of the vaccine.”

It is that fighting spirit that Levine brings to his new position. He pledged to “use every tool at my disposal” to confront some of “the very big challenges ahead” – the city’s recovering from the COVID-19 health crisis and combating a surge in antisemitism.

Levine, 52, has represented New York City’s 7th Council District in northern Manhattan since 2014. In his first term, he served as chair of the New York City Jewish Caucus, a conference founded in 2001 that consists of the Jewish members of the council. Levine used his senior position to increase funding for a program that provided protection to houses of worship and schools, and passed a bill that requires the New York Police Department to include a category for hate crimes in its reporting on neighborhood crime statistics.

He was a lead sponsor of legislation to create the Office for the Prevention of Hate Crimes, which was opened in the summer of 2019 after a rash of incidents across New York City, and recently called on the city to increase the budget of that office, headed by Deborah Lauter. He also pushed for increased funding for an initiative that benefits Holocaust survivors, known as the “Elie Wiesel Holocaust Survivors Initiative.” 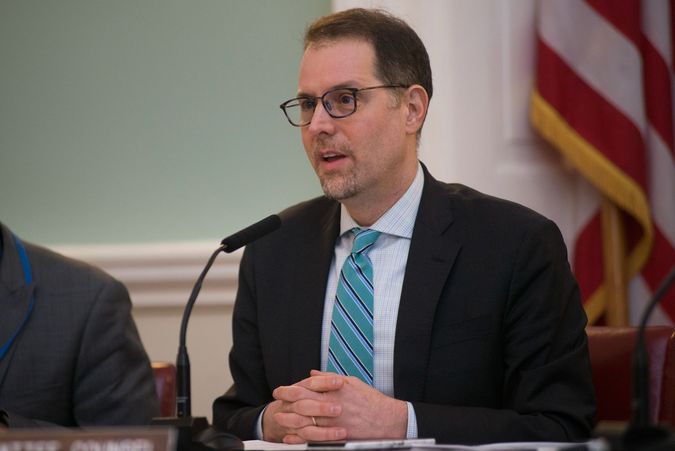 In 2017, after failing a bid to become speaker of the council, Levine became chair of the council’s health committee. Since the coronavirus outbreak in March 2020, Levine devoted his time to inform the public about testing sites, engaged in a personal way with his followers on social media about the virus and strongly advocated for a more aggressive rollout of vaccination and for mask and vaccine mandates. In a recent Washington Post profile, a former colleague described him as ‘the Anthony Fauci of the New York City Council.’

Levine said his belief in science and his social activism come from his late father, Marshal, who was a physician and from his mother, Adele, who marched with Martin Luther King Jr in Selma in 1965. “Those two value streams have really come together for me over the last two years,” said Levine, who majored in physics at Haverford College and the University of Seville in Spain. “Public health is where science meets social activism. I deeply regret that my father wasn’t around for the last few years to be a partner for me, but I have channeled him a lot.”

A voice for the Jewish community

The office of the borough president is a relatively ceremonial one. But among the responsibilities are appointing community board members, issuing advisories on land use, convening task forces to discuss weighty issues, and sponsoring legislation before the council.

Levine, who succeeds the very active Gale Brewer, who has been mistakenly identified as Jewish, is determined to use his elevated position to continue the work of the past eight years. 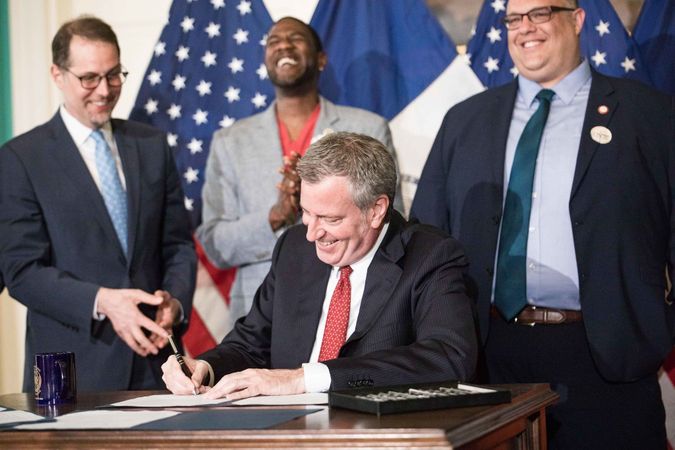 “Manhattan is this little tiny island which plays a massively outsized role in Jewish history,” he said. “So much of Jewish life was defined here, from the Jewish role in the labor movement to its role in the areas of arts, medicine and business. Some of the most well known synagogues and congregations in the world are here, and there’s an incredibly vibrant Jewish presence here.”

Among his priorities is using the office as a bully pulpit to speak out forcefully against hate and defend the Jewish community in wake of a steady rise in antisemitism. Antisemitic incidents made up 37% of hate crime incidents in New York City this year, and saw an increase of more than 50% compared to 2020, according to recent NYPD crime statistics.

Levine noted that there are fewer Jewish elected officials in the next council – seven members compared to 14 members in 2014 and 12 in the prior election. “But that doesn’t diminish the agenda,” he said.

He said he is going to continue to be “incredibly outspoken” on Jewish-related issues and stand up against bigotry. “I take very seriously the fact that I’ll be a Jewish president of a borough that has a huge and important Jewish community,” Levine said. “It is a role that I will cherish.”

In love with Hebrew

Levine is fluent in Hebrew and Spanish, being married to his wife Ivelisse, who is Hispanic. He said he studied Hebrew on his own because he felt it was part of his Jewish identity and it made it easier for him to communicate with his cousins in Israel.

“I have an absolute love affair with Hebrew,” Levine said. “It has enriched my life in many ways.” He often speaks in Hebrew at Jewish events and follows the Israeli media closely. 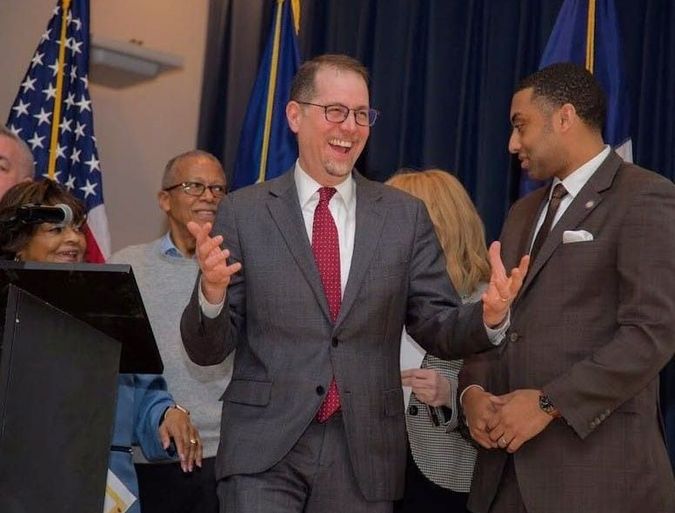 Councilman Mark Levine at the swearing of then State Sen. Brian Benjamin in Harlem on Feb. 25, 2019. Image by Mark Levine/Facebook

He said he plans to use his Hebrew-speaking skill to connect with Israelis living in the city, “The amount of Hebrew I hear on the streets of Manhattan never ceases to amaze me,” he said.

And he also sees the role of borough president as promoting stronger ties between New York and Israel.

Now fully recovered from his bout with COVID, Levine couldn’t hide his excitement to “hit the ground running” in the new year. “I still can’t believe I’m going to have this opportunity,” he said. “It probably is not going to feel real until I get off the elevator on the 19th floor of the David Dinkins Municipal Building on January 1.”

Bonus: Levine’s preferred bagel schmear is: Horseradish cream cheese on an everything bagel. And amid the citywide cream cheese shortage, he is fine with a little lox and capers.

In new job, the ‘Anthony Fauci of the New York City Council’ aims to fight COVID and antisemitism