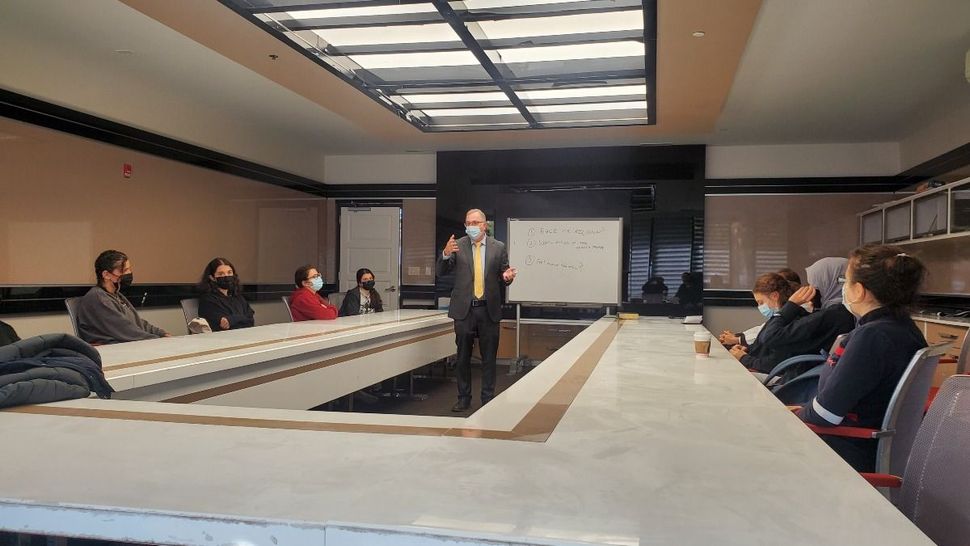 Rabbi Ira Ebbin of Brooklyn speaks to a class of Brooklyn Amity School students who signed up this school year for a course designed to teach Muslim students about the Holocaust.

Muslim students at a New York private school are taking a course on the Holocaust designed for young followers of Islam, a project backers hope will serve as a model for other Muslim schools.

An after-school elective at Brooklyn Amity School, the course has brought a dozen 16 and 17-year-olds together every other week since October to learn about persecution and murder committed by the Nazis, and to hear from guest speakers including survivors, rabbis and imams. It will culminate in a trip to the United States Holocaust Memorial Museum in Washington, D.C., in April.

“I don’t know much about the Holocaust and the events that lead to its atrocities,” said 11th grader Murat Kilic, 16, explaining why he took the class. It “has taught me and my classmates so much about stereotypes, hate and its devastating effects.”

The program is underwritten by both Jewish and non-Jewish supporters of The Blue Card, a New York-based nonprofit that serves Holocaust survivors but also seeks to bolster Holocaust education. Less than half of U.S. states requires Holocaust education in schools, according to the Holocaust memorial museum, but those laws do not apply to private schools.

Development of the curriculum took six months and was overseen by Mehnaz Afridi, who is Muslim and teaches courses in contemporary Islam at Manhattan College, where she also directs its Holocaust, Genocide and Interfaith Education Center. 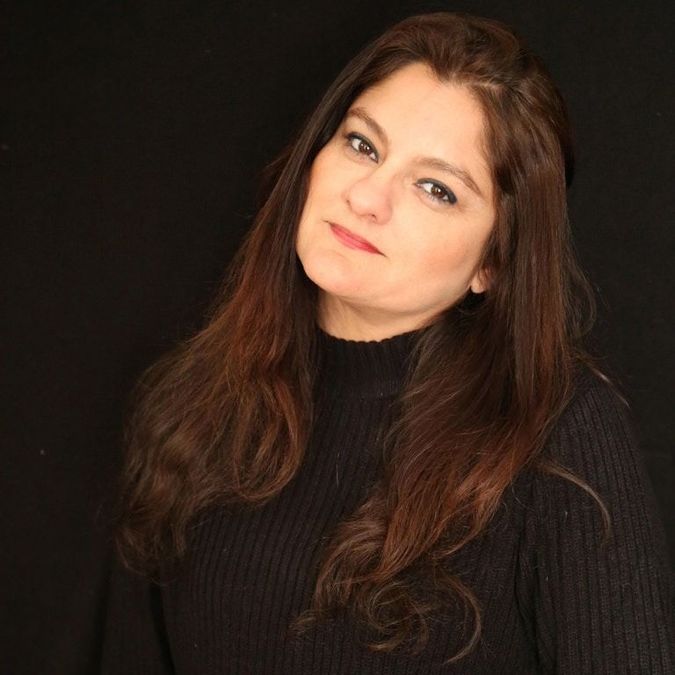 Mehnaz Afridi, a professor who teaches courses in contemporary Islam at Manhattan College and directs its Holocaust, Genocide and Interfaith Education Center, developed a curriculum on the Holocaust for Muslim high school students.

“Holocaust education is vital today especially because the lessons that we learn from it can combat any forms of hate today, like antisemitism, Islamophobia, and anti-Black and anti-Asian hate,” Afridi said.

“Muslim students are learning the critical history and suffering of Jews and through this education they can become ambassadors of peace and reconciliation in the future,” she added.

Brooklyn Amity School, in Sheepshead Bay, is associated with the Turkish Cultural Center of New York, which has its offices in the school. Both are connected to the Gulen movement, founded by Fethullah Gulen, a Turkish Islamic scholar who has lived in exile in the Poconos since a 2016 failed coup attempt in Turkey that the government claimed he led. He has denied it.

Gulen and his movement, which includes a worldwide network of schools, many of them focused on math and science, have cultivated ties with Jewish groups in the past. The preacher, now 80 and in poor health, also has a record of antisemitic writings from decades past. But he has distanced himself from them, saying that he participated in interfaith dialogues in the 1990s that led him to revise his views.

Elie Rubenstein, The Blue Card’s board president, said he’s witnessed the impact of the course personally. Visiting the Brooklyn Amity School, he heard its students talking about the antisemitism they witnessed on the streets. “It was very moving to see Muslim students discussing this and the negativity they had towards it,” he said.

During that same visit, he said a teacher asked if a similar curriculum could be developed for faculty at the school so they could incorporate Holocaust education into the regular classes. That’s now the Blue Card’s plan, in addition to expanding the program to other schools associated with the Turkish Cultural Center.

The program was launched in the midst of rising antisemitism nationally and internationally, and its backers call it a small but critical step in making sure younger people don’t fall victim to the same prejudices as older generations.

Leonard Petlakh, a partner in the project who is also executive director of the Kings Bay Y, a Jewish community center about a half-mile from the Amity School, noted that the course is not the Brooklyn Amity School’s first point of intersection with Jews.

Fifteen Muslim students from Amity students and 15 Jewish students from the Y are part of “Young Peace Builders,” a long-standing leadership program in which high schoolers learn about each other’s cultures.