Her son on the spectrum was mistreated at school. Thirteen years ago, she started a month for Jews with disabilities. 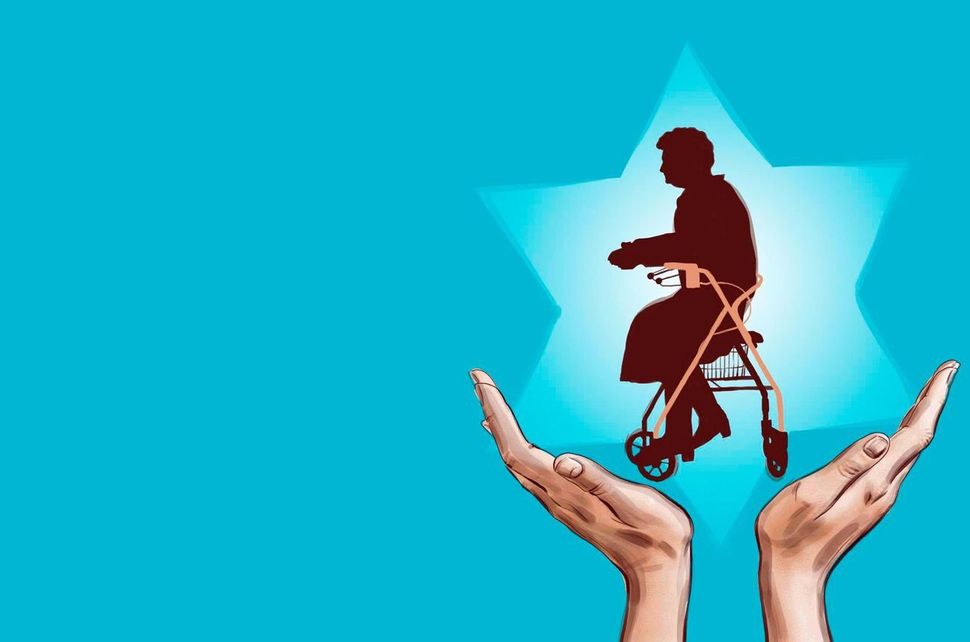 The cantor was singing a beautiful rendition of Oseh Shalom when Shelly Christensen, an author and advocate, happened to look at a woman sitting nearby. The woman, who lived in a facility for people with disabilities, had come to synagogue for a special service celebrating Jewish Disability Awareness, Acceptance, and Inclusion Month (JDAIM) — a unified effort during the month of February.

The woman returned Christensen’s glance, and the two held hands and locked eyes with one another as they sat in the back of the music-filled sanctuary. It was a moment of real connection, of total grace and God, where two Jewish women could just be in a space together and share in the beauty of prayer. 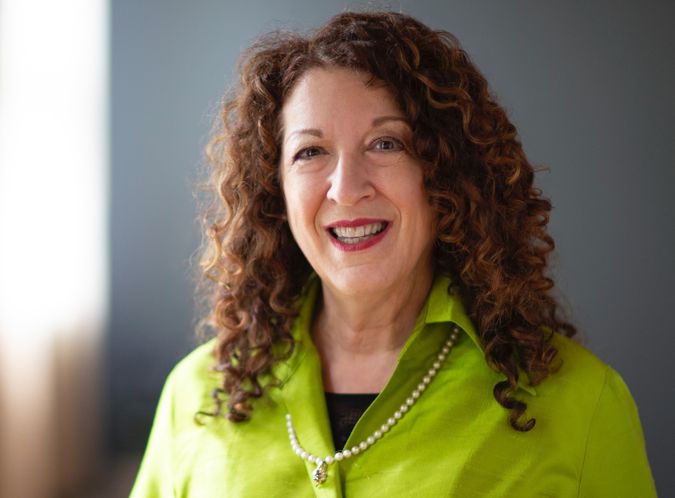 Christensen, who co-founded JDAIM, is CEO of Inclusion Innovations, which consults faith-based organizations on including people with disabilities and mental health conditions. Courtesy of Shelly Christensen

“And it had nothing to do with diagnoses,” said Christensen, who co-founded JDAIM in 2009. “It was as pure as you could get about the work that we’re doing and the results — and what we all strive for.”

In JDAIM’s logo, strands of blue and gold intertwine to form the Star of David, representing how inclusion and belonging are woven into all aspects of Jewish life and community. “For my house shall be a prayer for all peoples,” said Christensen, quoting the prophet Isaiah.

Two-thirds of respondents in an October survey administered by the nonprofit RespectAbility felt that the Jewish community had improved at including people with disabilities compared to five years prior. However, the survey also identified employment and income gaps among Jews with disabilities despite comparable education levels to their non-disabled counterparts.

This year, JDAIM celebrated its 13th anniversary – in other words, its b’nai mitzvah. Reaching this milestone, Christensen said, was “a lot easier than raising kids to the age of 13.”

‘I was stunned that a person, an adult, could be so cruel.’

In a way, JDAIM’s journey began when Christensen’s son, diagnosed with Asperger’s, got to kindergarten. At a conference, his teacher told Christensen and her husband that he didn’t listen and how he acted terribly. “This woman was almost gleeful telling us this,” Christensen said.

She said Christensen’s son was so ill-behaved one day that she kept the whole class inside during recess as punishment and told them that he was responsible. “I was stunned that a person, an adult, could be so cruel,” Christensen said.

When Christensen’s son “acted up” the next day, the teacher said she left him alone in the classroom and went outside with the other kids because she didn’t think it was fair to keep them inside.

And so Christensen angrily demanded a meeting with the principal, and got her son into a class where he was treated with more respect and seen for his strengths. “See people not for what they can’t do, but see them in all of their magnificence, which goes right back to Bereshit,” she said, using the Hebrew word for Genesis.

“We’re all created in God’s image, tzelem elohim, and I really believe that about everyone, no matter what society says. There’s a spark of the divine in each one of us.”

Years after that parent-teacher conference, Christensen’s son was given in-school suspension for poking a hole in the wall with his pencil. After that, she switched him into a different school district.

This episode left Christensen angry with God, the school, herself — and even her son. And so, 25 years after getting her B.A., she did what she thought any parent in her situation might do. She went to grad school to study how to parent a child with a disability. As a student, she was diagnosed with ADHD.

Also while a student, she joined Jewish Family and Children’s Service of Minneapolis as its inclusion program manager in 2001. In this position, she consulted Jewish congregations, schools and agencies in the area on raising disability awareness and moving them toward full participation.

In 2008, the Jewish Special Education International Consortium gathered in Minneapolis, and Christensen pitched the idea for Jewish Disability Awareness Month.

Over the years, “inclusion” and then “acceptance” were added to the acronym, a testament to the movement’s impact, with Jewish organizations increasingly forming committees and funding programs to promote disability inclusion.

JDAIM was first celebrated among six communities in 2009. It’s now honored by synagogues, schools, youth programs and other Jewish organizations around the world. In JDAIM’s logo, strands of blue and gold intertwine to form the Star of David. Courtesy of Shelly Christensen

But when the pandemic struck, and in-person speeches and events got canceled, Christensen worried that the movement would lose momentum. Yet, to her pleasant surprise, pivoting to Zoom got rid of many obstacles to accessibility. People who are ill or homebound can attend virtual events from home, and closed captioning has benefited those with low vision or who are deaf or hard of hearing.

However, for an inclusive Jewish society to exist, “we can’t exist simply on virtual gatherings,” Christensen said. “People have gotten to know each other and want to meet in person, and connect on that level as well.”

For too long, she added, organizations have created special services, programs and classrooms for people with disabilities — “for those people,” she said. “It becomes, ‘Well, we’ve created this for you and people like you. This is where you belong.’” But Jews with disabilities want to participate in the broader community, too.

Christensen admits that hiring door openers and installing ramps to the bimah or elevators can be expensive, but that there are many low-cost alternatives for synagogues to promote accessibility. For example, mezuzahs can be moved to a slightly lower height. This benefits wheelchair users — and also children. “You do something good for somebody, and it becomes good for everybody,” Christensen said.

In 2018, Christensen wrote a book on faith community inclusion: “From Longing to Belonging: A Practical Guide to Including People with Disabilities and Mental Health Conditions in Your Faith Community.” While doing research, she asked a woman with a disability, “What’s important to you?” The woman replied, “All I’ve ever wanted is to belong.”

“That made me glad I was paying attention,” Christensen said. “That’s the whole point of everything — what might be considered something that separates us is really what makes us human. And it makes all of us want that sense of belonging.”

Her son on the spectrum was mistreated at school. Thirteen years ago, she started a month for Jews with disabilities.