Was the ‘Bad Vegan’ a ‘Vegan Madoff’ — or a victim of sexual abuse? 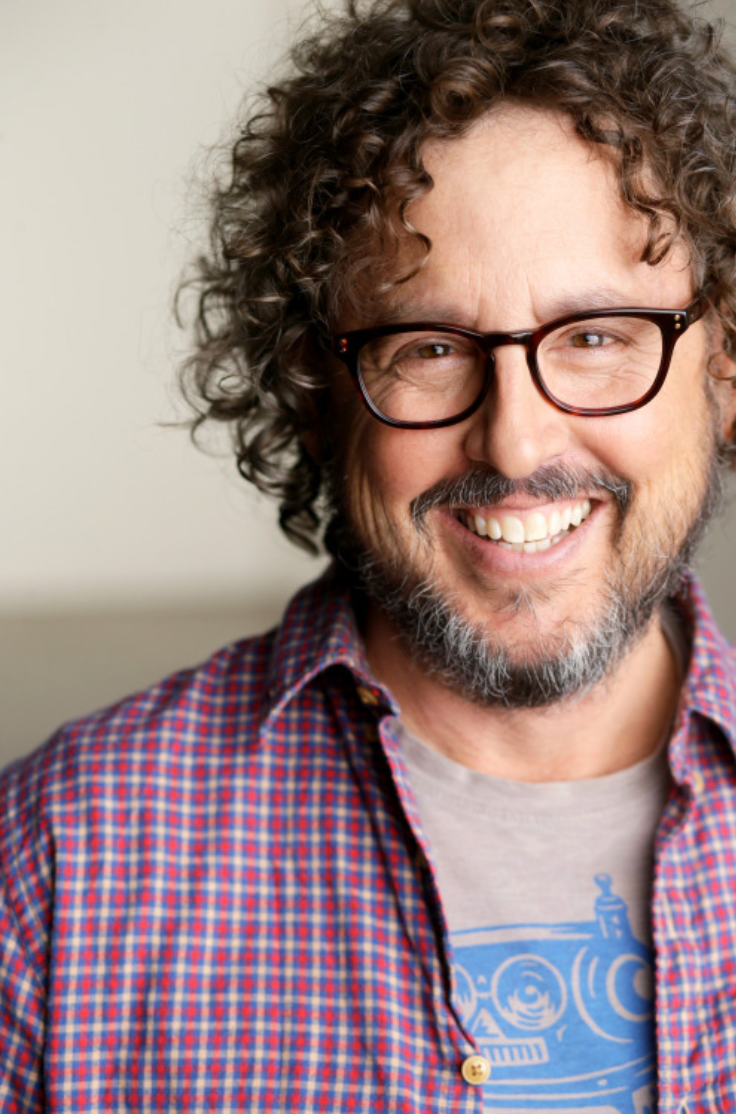 One thing has never stopped bothering me about the case of the “Bad Vegan.”

You can learn many of the details about the case of Sarma Melngailis and Anthony Strangis – and my involvement in the story — by watching the docuseries “Bad Vegan: Fame. Fraud. Fugitives” which debuts March 16 on Netflix and which The New York Times is calling “wildly bloggable” and destined to be the next “Tiger King.”

But you won’t learn this one thing that might have changed everything: how Melngailis’ decision to switch representation to an attorney she ended up sleeping with derailed her defense.

First the basics: Melngailis, a Newton, Massachusetts native with a Jewish stepmom, owned the fabulous Manhattan raw vegan restaurant, Pure Food and Wine, frequented by the likes of Tom Brady, Katie Holmes and Stevie Wonder. In 2011, she turned down romantic overtures from actor Alec Baldwin but encountered, on Baldwin’s Twitter thread, a man named Anthony Strangis.

Cut to five years later: Melngailis and Strangis, married, were arrested at a hotel near Dollywood where they’d been holed up in separate rooms for 40 days and 40 nights with felony warrants out related to fraud and bilked investors. His order of a Domino’s pizza on a traceable cellphone led authorities to them.

Melngailis would eventually claim that Strangis, a gambler, duped her into believing that if she endured a series of humiliating tests, including sending him money, she and her dog would become immortal.

I investigated and wrote about the story for Vanity Fair twice in 2016, and I’m interviewed throughout the new, four-part show. But time and space constraints derailed me from talking about the last-minute lawyer change Melngailis made just before sentencing. 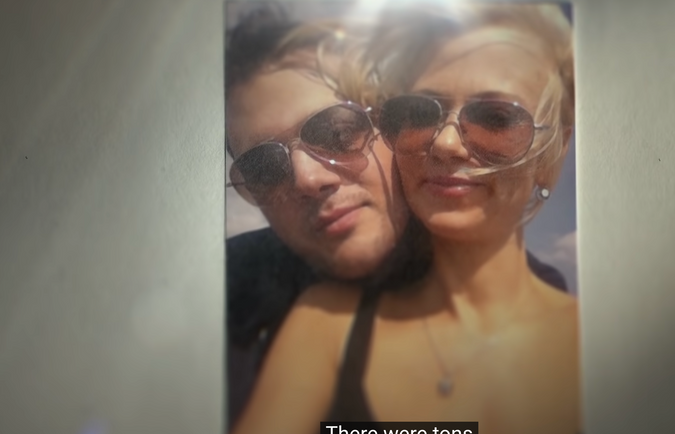 And this is what bothers me. If she had stuck with her original legal team, who had built a defense around abuse and coercion claims against Strangis, the course of her life might be far different now. At the least, she might have been perceived less as the vegan Bernie Madoff and more as a mentally and physically injured survivor.

Melngailis’ first lawyer on the case was Sheila Tendy, a respected Wall Street attorney and expert on family law and financial crimes. While the Brooklyn District Attorney had jointly charged Melngailis and Strangis with felonies, Tendy was busy trying to demonstrate that Melngailis should at least partially be considered a victim of Strangis and should thus be sentenced more lightly, perhaps only to probation with no jail time.

One of the ways Tendy was trying to do that was allowing me to have enough access to the players in the case that I might come to see events her way and write about it. For Tendy, Melngailis was a victim of “coercive control,” a strategy of abusive behavior used to dominate an intimate partner over time, including degrading, isolating, micromanaging and, sexually coercing them.

She suggested I read a book, “Invisible Chains,” by Lisa Fontes who used another word to describe the phenomenon, “perspecticide” — the killing of another person’s perspective.

Fontes shared with me a series of haunting stories about victims of perspecticide. “One woman told me her husband tried to convince her that she was a year older than she was,” Fontes said. “When she asked him about this as they were getting divorced, he told her that he just wanted to see how far he could go with her. He enjoyed messing with her mind.”

It was up to me and the magazine of course how much credence to give to this general idea in the specific Melngailis case. Tendy was taking a risk giving me access. Many others in the media were blasting Melngailis. But my editor Mark Rozzo and I did find the coercive control argument credible and included it.

It happened also to fit other aspects of the case. Why would Melngailis have completely bankrupted her own profitable restaurant were she not under some odd influence? If she’d wanted Rolexes, fancy hotels and trips to Europe, this graduate of Wharton business school could have figured out how to get them without killing the restaurant she loved.

But the media was not the only angle Tendy was working. In court pleadings, she sent transcripts of harsh conversations between Melngailis and Strangis to the Brooklyn judge presiding over the criminal case.

Melngailis: you have no idea the loathing I feel for you. Strangis: yes I do. But I also know the love. I know what could be. Melngailis: you don’t f—— humiliate and rape someone you love.

Meanwhile, Tendy was working on getting the Manhattan Special Victims Unit involved in investigating whether Melngailis was the victim of sex crimes by Strangis. And the lawyer was asking the Brooklyn DA if their office could pry loose financial records from tribal casinos to find out if Strangis had gambled away the vast sums he’d been wired or had channeled funds elsewhere.

In court documents, Tendy and her co-counsel César de Castro argued that “Mr. Strangis repeatedly raped Sarma, forcing her to commit sexual acts against her will,” and quoted a G-chat in which Melngails accuses him of forcing her to perform oral sex. Strangis was never charged with any sex or assault related crimes in this case.

But Strangis being charged was not essential to Tendy’s multi-tiered strategy. An active investigation of such charges alone might be something the Brooklyn court would consider in its appraisal of Melngailis culpability in the fraud case.

But, Tendy said in a phone interview this week, “the decision to move forward with any case is the victim’s. And that is always a complicated and painful decision.”

In other words, Melngailis was hesitant to follow Tendy’s strategy of pursuing those kinds of charges against Strangis. It’s important to note that all of Melngailis’ decisions at that point, throughout 2016, were coming right after she was emerging from the five year nightmare with Strangis you see portrayed in the series, a melange of exhausting mind games and intimidation.

I can tell you from having been around her then that she was shell-shocked to say the least — this was a woman just woken from the belief that she was on the cusp of immortality.

Tendy tells me now that when she was working out a plea deal with the court, it was to have Melngailis plead guilty to one felony charge only and to have Strangis be liable for all restitution.

The Netflix documentary, which is gripping, omits some fascinating details about what happened next on the legal front.

In the Spring of 2017, right as Tendy’s legal strategy was playing out, Melngailis fired Tendy and hired Jeffrey Lichtman, a lawyer best known for defending a mafia figure, John Gotti Jr. and the drug lord El Chapo, and for hosting a radio talk show.

Melngailis has offered little explanation of why she switched from a strong female with a great reputation to a man known for helping Gotti beat three charges of murder conspiracy. She has told me that she was not completely aware of all the angles Tendy was pursuing and was frustrated that jail time seemed inevitable.

Lichtman did not continue to try to push the sex crimes charges, and Melngailis was not interested in that either. Lichtman was relying on a method that had worked for him before to lessen time his clients would have to spend behind bars, focusing, he told me in a 2017 interview, on restitution.

Lichtman has not replied to my new requests sent via email and text message for comment about the Melngailis case. After it was over, The New York Post reported that he had engaged in a sexual affair with Melngailis. Lichtman told The Post, “This is a deeply personal matter that I’m going to try to deal with privately, but I’m proud of my legal work in this case.”

In Lichtman’s text messages that were published in the Post, he disparaged Tendy and said she is “obsessed with sexual abuse.”

Tendy bristled at the accusations. “Anyone would wonder how an attorney could represent a client in a case with strong evidence of sexual abuse and coercion, sleep with that client, and at the same time disparage her former lawyer as “obsessed with sexual abuse.”

In the end, Melngailis, represented by Lichtman, pleaded guilty to three felonies: second degree grand larceny and criminal tax fraud and first degree scheme to defraud. She agreed to four months in jail and about $1 million in restitution. Strangis received a year and was also on the hook for the restitution.

If Tendy had been given more time, would the world now be seeing Melngailis not as a fraudster, but more as a victim of an abusive relationship? Would she be a “Bad Vegan” or just a troubled one?

Melngailis herself refused an interview about Lichtman when I reached her this week, asking me, “Are you writing about that compacted turd?”

She left it at that.

Allen Salkin is the author of “From Scratch: The Uncensored History of the Food Network,” 2013), “The Method to the Madness, Untold Stories of Donald Trump’s 16-Year Quest for the White House,” co-authored with journalist Aaron Short, and “Festivus: The Holiday for the Rest of Us” (2005), along with numerous articles in The New York Times and other publications.

Was the ‘Bad Vegan’ a ‘Vegan Madoff’ — or a victim of sexual abuse?