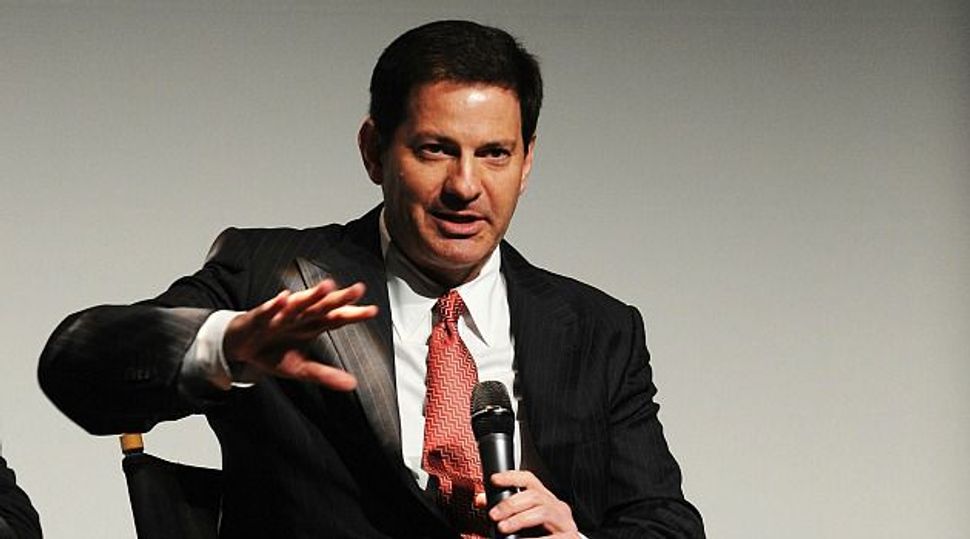 Mark Halperin has watched this dynamic evolve since his days as a young off-air television producer covering the 1992 campaign.

Political director of ABC News since 1997, Halperin, 41, writes a daily summary of the political press, The Note, that serves as a bible of inside dope for politicians, operatives and reporters. Now, Halperin, along with his co-author, Washington Post national political editor John F. Harris, has fetched up with a book, “The Way To Win: Taking the White House in 2008.” Released this week, the work offers a series of aphoristic “trade secrets” distilled from recent winning and losing presidential campaigns, and is couched as a manual for avoiding the pitfalls of the bilious media landscape the authors call “the freak show.”

“Be ruthless without being personal,” is one trade secret the authors divine from Bill Clinton’s cheerful way of pillorying his opponents. “Do the math,” is another they derive from the careful campaign metrics employed by Republican maestro Karl Rove.

The book, Halperin said during a recent interview at the Manhattan headquarters of ABC News, “is not advice,” rather it’s “a description of the way to win, based on the records of the Clinton and Bush political operations, which seem to know the way to win in this current freak-show environment.” Some of the lessons may strike the reader as a tad obvious. A chapter on Senator John Kerry’s 2004 campaign, titled “The Way To Lose,” chronicles how Kerry lost control of his public image through the assaults of the Swift Boat Veterans, among others.

“Presidential campaigns are about storytelling,” the authors intone. “A winning presidential campaign presents the candidate’s life story to voters. A losing campaign allows someone else to frame the story.” But the book provides so many rich details to support its arguments — and paints such witheringly evenhanded portraits of political actors, including Presidents Bush and Clinton, Senators Hillary Clinton and John McCain — that it’s likely to emerge among the top political-journalism titles of the century’s first decade.

Like the book, The Note, launched in 2002, abounds with juicy, insider details: This information, acutely and cutely presented, constitutes the source of the summary’s fascination for the chattering classes.

But the same quality also drives its critics nuts.

“The Note confirms the old adage that life really is like high school,” complained Salon writer Eric Boehlert in the Washington Monthly, “with The Note filling the role of cheerleader-meets-yearbook editor, keeping tabs on where the cool kids are eating lunch, what they’re wearing and who’s having the big party this weekend.” Halperin certainly embodies a studied cool. Tall and dark, with a quietly penetrating manner, he always appears to be “on.” Elizabeth Wilner, the political director of NBC News who worked as Halperin’s deputy for five years, said in an e-mail that she’s “never seen a more aggressive or thorough political reporter. He works in network television but has always behaved as if he works for a wire, wanting to know and report every detail immediately.”

What’s more, Wilner said, “he doesn’t act much different in more social settings, at least in Washington, when he likes to fire off provocative multiple-choice questions to the group. Kind of a grown-up, Washington version of that college game ‘I Never.’” Halperin grew up in Bethesda, Md., as a kind of Washington insider: His father, Morton, worked as a top foreign-policy aide in both the Johnson and Nixon administration. A badge of this status: The paranoid Nixon for a time tapped the family phone, according to a profile of Halperin in The New Yorker.

Halperin became a bar mitzvah at Bethesda’s Conservative Congregation Beth El. He attended nearby Walt Whitman High School and then Harvard. Halperin lives with Karen Avrich, a researcher who he says was instrumental to “The Way To Win.” She is the daughter of a late historian of anarchism, Paul Avrich, who taught for years at Queens College.

Halperin’s Jewish background sometimes surfaces in the preoccupations of The Note, which has wondered, for example, about the effect of having two hard-driving Jewish fundraisers — Senator Charles Schumer and Rep. Rahm Emanuel — as the chiefs of the Democratic senatorial and congressional campaign committees.

In his interview with the Forward, Halperin said that Jews are “pretty assimilated within elite political-media culture” as campaign strategists, fundraisers and journalists and make up a “disproportionate” percentage of the “Gang of 500” — the political elite at whom he aims The Note. Asked whether a Jew could accede to the big job, Halperin allowed that “in the abstract, there could be a Jewish president,” but he said that the figure would have to be “adept at explaining his or her faith” in ways that would put at ease those who are hostile to it or frightened by it.

Senator Joseph Lieberman, Halperin said, “is not great at explaining everything about himself or his positions, but he actually did a pretty good job at explaining his Judaism in a national context when he was a vice presidential nominee.” Halperin also proffered a warning to national Democrats about the Jewish vote, saying that the Bush campaign’s outreach to Orthodox Jews and to hawkish Jews who are concerned with the security of Israel has put the Jewish vote “up for grabs a little bit.” Polls found that Bush drew 25% of the Jewish vote in 2004, up from about 19% in 2000. He is also believed to have made inroads with pro-Israel political donors.

”Will the next Republican political operation not guided by George Bush be as adept at making inroads into the Jewish community, especially in targeted states such as Ohio, Michigan and Florida?” he asked. “We don’t know the answer to that, but it is certainly true that George Bush’s greater tilt toward Israel” has caused some American Jews, as donors and as voters, to be at least open to the Republican Party and to move to the Republican Party. That is an important long-term trend because of the financial support American Jews give to political candidates and in those swing states.” A much bigger problem for Democrats, Halperin said, is the emergence of strong rightwing outlets adept at manipulating the freak show, such as Rush Limbaugh, Matt Drudge and Fox News Channel.

“We’ve gone from a system with major national news organizations strong enough to umpire, but who did it in a way that Republicans saw as liberally biased and in important ways was liberally biased,” he said. “That system has been replaced by one that favors conservatives through the new media, which masquerades as a referee but is simply part of the partisan shouting on one side or the other. The old system favored liberals but was a better referee. The new system favors conservatives but is no referee at all. Best would be if we could strengthen national news organizations and eliminate liberal bias.” How can Americans put an end to the freak show?

”It’s going to take citizens, whether they have strong ideological views or not, to appreciate the necessity, in a free democracy, of a powerful, responsible, unbiased press,” Halperin continued. “If the country doesn’t care if we have that, if the view of the people of America is, ‘We want irresponsible, partisan, niche media,’ that’s what we’ll have. It’s going to take consumers of news, voting through their subscriptions and their eyeballs, to have an unbiased press. Most of the trend lines are bad.”