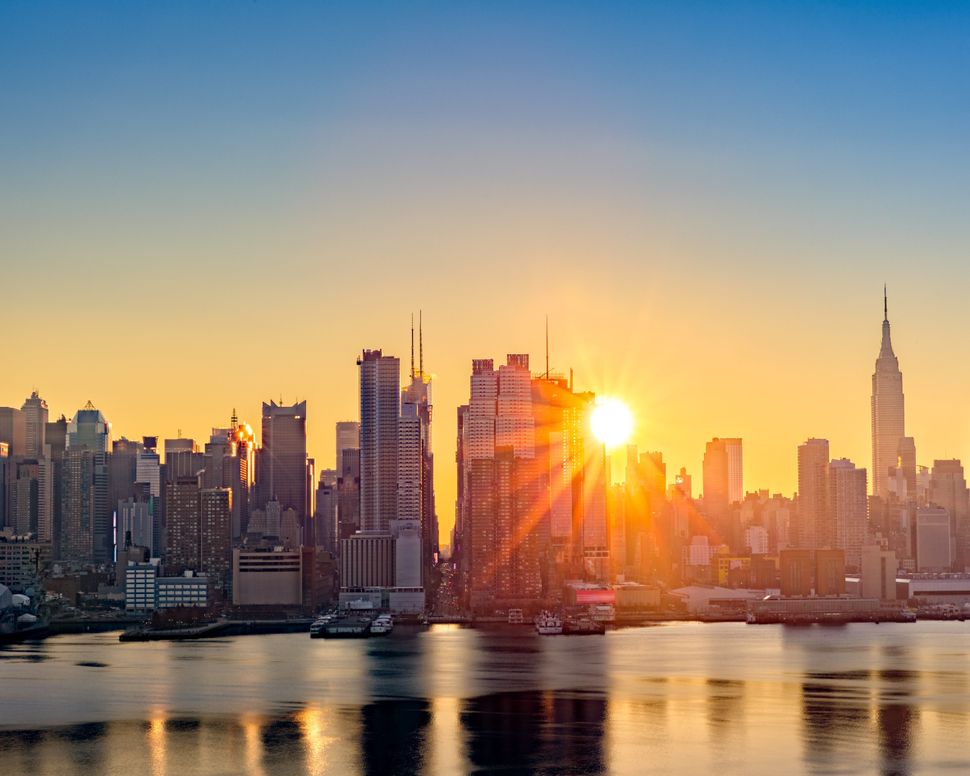 Orthodox advocacy groups are launching a longshot bid to stall a bipartisan bill that would make daylight saving time permanent across the nation.

In a letter expected to be sent to congressional leaders on Monday, an advanced copy which was obtained by the Forward, the Orthodox Union warned that the bill, which was passed by the Senate last week by unanimous consent, will “interfere with the ability of members of our community to engage in congregational prayers and get to their places of work on time.”

Jewish law requires that daily morning prayers be recited after sunrise. Making daylight saving time permanent would mean later sunrises and later sunsets. The starkest example of this would occur in the winter, when sunrise in some cities across the country will be after 9 a.m.

Rabbi Avrohom Gordimer, a kashrut professional and a member of the Rabbinical Council of America, said even if observant Jews choose to pray on their own at their workplaces, they could face penalties or it could complicate their ability to perform their job.

Sen. Marco Rubio, a Republican from Florida and one of the authors of the Sunshine Protection Act first introduced in 2018, maintained that permanent daylight saving time will help prevent pedestrian accidents, reduce crime and decrease seasonal depression and childhood obesity.

Rabbi Abba Cohen, vice president for government affairs at the umbrella Orthodox group Agudath Israel of America, said in an interview that leaders were caught by surprise with the swift passage of the bill, despite communicating their views with the office of Rubio when it was reintroduced last year.

“There was no advanced knowledge or forewarning that this was coming,” he said.

Cohen added that he was equally surprised that it passed by unanimous consent, “which is rare under any circumstances,” especially in a 50-50 divided Senate.

Gordimer said the events in Ukraine and the fact that senators moved ahead without the input of religious groups and their constituents, resulted in many people not becoming aware of the situation that would dramatically change their religious lifestyle come November 2023, when the law is expected to be implemented if signed by President Biden.

Options to act at this point are limited since Rubio, a longtime supporter of Orthodox and religious causes, has already overseen its passage in the Senate. But Agudath Israel has nonetheless already launched an effort to lobby members of the House of Representatives, which is supposed to take up the bill for a vote, Cohen said.

Rep. Frank Pallone Jr., a Democrat from New Jersey who chairs the House Energy and Commerce Committee that oversees such time change policies, told The Washington Post that it could take weeks or even months before House leadership brings it to the floor for approval.

Leaders from the Orthodox Union also cautioned against the overall impact this will have on other sectors of American society. “The extension of DST to the winter months will result in young children waiting at bus stops or otherwise traveling to school in darkness and exposing them to increased risk of traffic injuries or worse,” the letter reads. They noted that it could yield long-term dangerous effects on public health as well. Sleep scientists have made the case in favor of all-year standard time instead.

Cohen maintained that despite waking up late to the process, it remains an issue worth fighting for. He said that a similar fight in 2005, in alliance with industry representatives and education activists, against a two-month extension of daylight saving time resulted in the House agreeing to only extend it four weeks instead. Nearly 50 years ago, Agudath Israel also fought a bill that would enact year-round daylight saving time for a two-year experiment, starting from 1974 through 1975. Congress repealed it in the first year.

“We hope to rejoin with those allies to do whatever we can to either stop the legislation or to pare it down in a way that would be more palatable in terms of religious accommodation,” Cohen said. He said the organization will also engage with the White House in the event the bill comes to the president’s desk for signature.