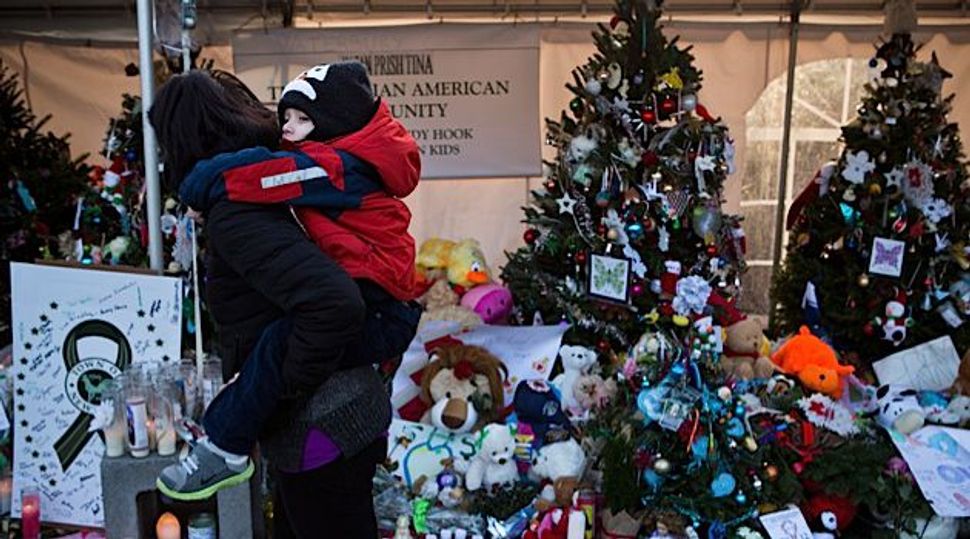 Christmas has helped the grieving Connecticut town of Newtown cope a little better with the shooting tragedy earlier this month, and allowed some people to finally smile.

Though more somber than a typical Christmas, the holiday has given Newtown a respite from the mourning. All the funerals for the victims have concluded.

“We’re getting through this with our faith and our prayer. People are smiling a little more now,” said John Barry, owner of an information technology staffing company. “The week was so horrible. Now it’s time to celebrate Christmas.”

This largely Christian town was shaken on the morning of Dec. 14, when a 20-year-old gunman armed with a military-style assault rifle shot dead 20 children aged 6 and 7 and six adults at Sandy Hook Elementary School. It was the second deadliest school shooting in U.S. history.

Little is known about the shooter, Adam Lanza, who also killed his mother before the rampage and later himself to create a death toll of 28 in a tragedy that has revitalized the debate over U.S. gun control laws.

The sadness has moved some to act. Makeshift monuments to the dead have popped up all over town, funds have been raised, and many visitors have made a pilgrimage to Newtown, offering support.

Husband and wife Dan and Michelle McAloon of Newtown decided to go Christmas caroling this year for the first time, gathering other families and children to roam a neighborhood where the families of three victims live.

“We were just spreading some cheer, trying to make the situation a little better,” Michelle McAloon said.

“They all smiled, and they all cried a little,” she said of the victims’ families.

“Everybody said we are doing it again next year,” Dan McAloon said of the carolers. “It’s going to become a tradition.”

The McAloons and Barry were among those in an overflow crowd that attended Christmas Eve Mass on Monday night at Saint Rose of Lima Roman Catholic Church, which held its biggest service at the high school auditorium.

Nine families from the parish lost someone in the shooting, and at least four of those families came to the big Christmas Eve Mass, Monsignor Robert Weiss said.

“Everything is just a lot more somber. Some people are just going through the motions because it’s Christmas. Others are trying to make it special,” Weiss said after the service.

“There is reason to celebrate. Hopefully when people start to see their extended families, or people from outside of Newtown, or even go out of town, they will be able to. You can’t get away from it in this town,” he said.

Christmas Eve Mass featured a pageant that told the Christian story of Jesus’ birth. One of the more poignant moments came when people applauded a group of two dozen little girls dressed as angels. They all knew shooting victim Olivia Engel, 6, was supposed to be among them.

“I highly recommend that before you rip open those gifts, say a prayer for those children,” Weiss told parishioners. “Then give your own children a hug.”