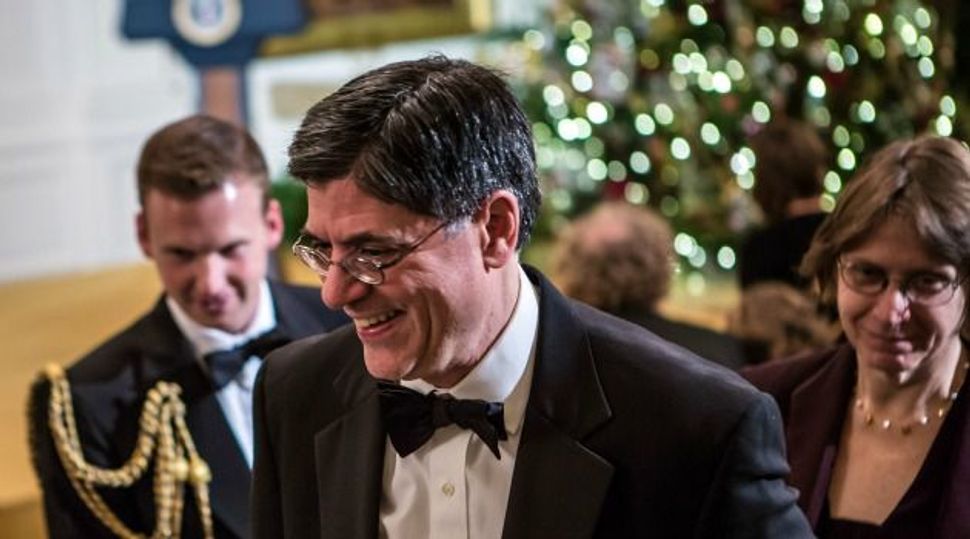 He?s the Man: Jack Lew is expected to be nominated as treasury secretary at an afternoon White House event. Image by getty images

Lew, 57, will take the lead on difficult negotiations with Congress on how to cut the nation’s looming debt and rein in spending – a central challenge for Obama’s second term.

Lew is expected to be confirmed by the Senate. He will take over from Timothy Geithner, who is slated to attend Thursday’s announcement, the White House official said.

Lew was budget director for Obama and for former President Bill Clinton. He led 2011 talks with Congress that preceded approval of an increase in the U.S. debt ceiling.

“Over the past more than quarter of a century, Jack Lew has been an integral part of some of the most important budgetary, financial and fiscal agreements … in Washington,” White House spokesman Jay Carney told reporters on Wednesday, after reports broke that Lew would be Obama’s choice.

Some analysts have questioned whether Lew has enough experience working on international financial issues and on banking regulations.

But the White House highlighted international experience Lew gained during his time at the State Department, and his “strong relationships in the business community,” having worked as a managing director at Citigroup.

“His deep knowledge of domestic and international economic issues will enable him to take on the challenges facing our economy at home and abroad on day one,” the White House official said in a statement.