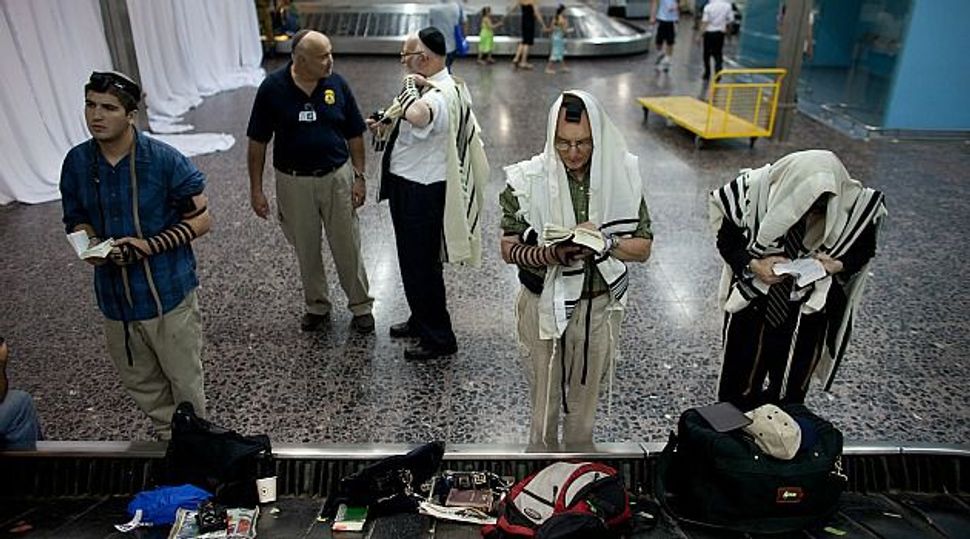 Jewish Immigration to Israel registered a two-percent drop last year, a trend bucked by new arrivals from Europe and the former Soviet Union.

Immigration from the former Soviet Union remained steady with 7,755 new arrivals in 2012. The previous year saw 7,786 people arriving from that part of the world.

Immigration from France registered only a one-percent increase last year with 1,907 new arrivals, despite what leaders of the French Jewish community described as “an explosion of anti-Semitic incidents” occurring in France in 2012.

Richard Prasquier, president of the CRIF umbrella organization of French Jewish communities, is quoted as saying last month that “There is some Jewish emigration taking place, of which only a minority is leaving for Israel.”

Jewish immigration from Italy and from the Iberian Peninsula increased in 2012 by 50 percent and 30 percent respectively, to 160 from Italy, and 93 from Spain and Portugal, but immigration from the Benelux area – Belgium and the Netherlands – dropped by 26 percent, from 274 new arrivals in 2011 to 209 last year.

Immigration from Latin America and from South Africa both registered a 16percent drop, resulting in 925 and 173 new arrivals, respectively.