Kerry to Russia: Arming Assad Will Hurt Peace and Israel 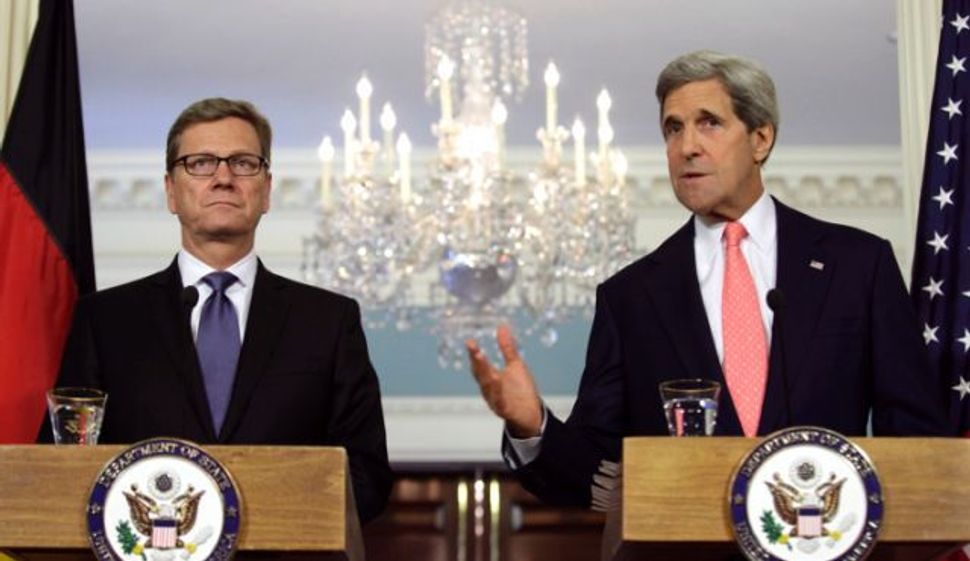 U.S. Secretary of State John Kerry (R) speaks to the media next to German Foreign Minister Guido Westerwelle after their meeting at the State Department in Washington May 31, 2013. Image by Haaretz

The United States and Russia are pressing for a peace conference in Geneva next month between Syria’s government and opposition. Westerwelle called on Assad to “stop the violence and come to the negotiating table” and told Russia that sending the S-300 missiles to Assad “is totally wrong.”

Earlier Friday, AFP quoted Russian newspapers as reporting that Russia is set to deliver a shipment of S-300 air defense missiles to Assad’s regime in 2014, rejecting claims that the missiles are already in the hands of the Syrian government.

Assad said in a television interview broadcast Thursday that Moscow had fulfilled some of its weapons contracts recently, but was vague on whether this included the advanced S-300 air defense systems. In excerpts of the same interview released earlier Thursday, Assad said Syria had already received the missiles.

Kerry to Russia: Arming Assad Will Hurt Peace and Israel