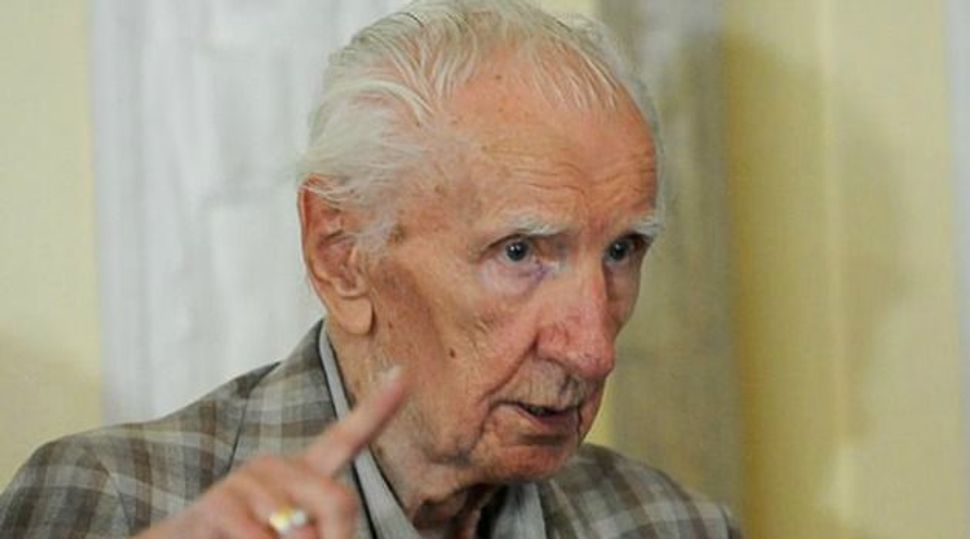 Hungarian prosecutors on Tuesday charged a 98-year-old man who tops the Nazi-hunting Simon Wiesenthal Center’s wanted list with war crimes, saying he had helped to deport Jews to Auschwitz in World War Two.

Laszlo Csatary was found guilty in absentia in 1948 of whipping or torturing Jews and helping to deport them to the death camp while serving as police commander in the Nazi-occupied eastern Slovak city of Kosice in 1944.

He was sentenced to death and lived on the run for decades until Hungarian authorities detained him and put him under house arrest in Budapest in July last year. He has denied any guilt.

In March, a Slovak court commuted his death sentence to life imprisonment.

“He is charged with the unlawful execution and torture of people, (thus) committing war crimes partly as a perpetrator, partly as an accomplice,” said Bettina Bagoly, a spokeswoman for the Budapest Chief Prosecutor’s Office. She said Csatary’s case would go to trial within three months.

In April his detention terms were were changed to a ban on leaving Hungary, but prosecutors have now applied to put him back under house arrest, Bagoly said.

In a statement, the prosecutors said Csatary had regularly hit Jewish prisoners with a dog-whip in 1944 when he was a police commander overseeing a detention camp in Kosice, which was then part of Hungary and is now in Slovakia.

Around 12,000 Jews were deported from Kosice to various concentration camps, mostly to Auschwitz.

“With his actions, Laszlo Csatary … deliberately provided help to the unlawful executions and torture committed against Jews deported to concentration camps … from Kosice,” the prosecutors’ statement said.