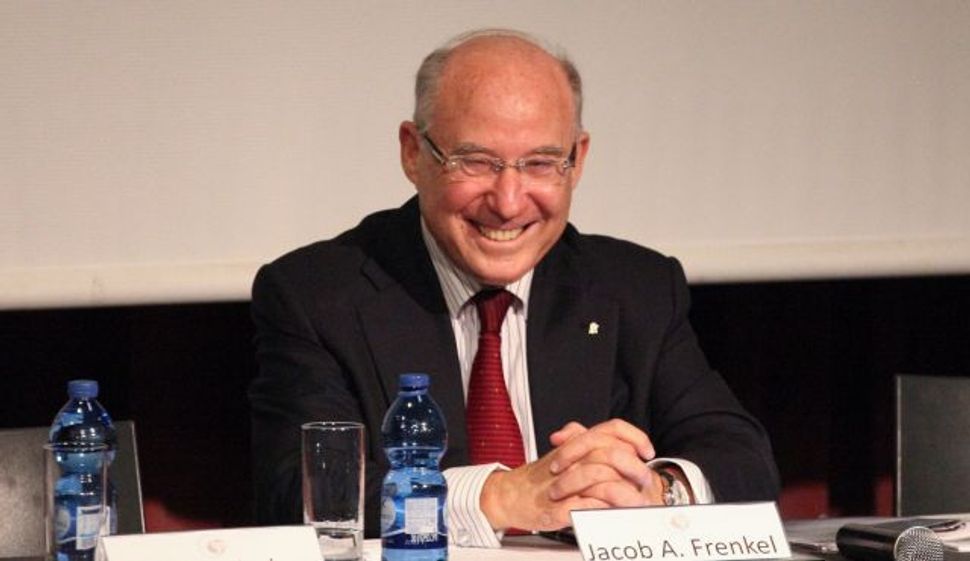 Returning to the Post: Jacob A. Frenkel, who served as the governor of the Bank of Israel will return to the post. Image by Haaretz

The next governor of the Bank of Israel will be an old governor of the Israeli central bank – none other than Jacob A. Frenkel, Prime Minister Benjamin Netanyahu and Finance Minister Yair Lapid announced on Sunday.

Frenkel last led the Israeli central bank from 1991 to the year 2000. He has spent the last several years, from December 2009, as chairman of the JPMorgan Chase Bank, an international banking body headquartered in New York.

“I think is the appointment is a surprise on the upside,” Rafael Gozlan, chief economist at Tel Aviv-based IBI Investment House, told Haaretz. “The markets will like it, based on Frenkel’s status in the world and his experience and familiarity with the Israeli economic scene. I view the appointment as a direct continuation of Fischer’s policy.”

In between Frenkel and Frenkel, the Bank of Israel was led by the highly respected economics professor and banker Stanley Fischer, who announced his resignation this January, two years before his second term was due to end.

Fischer recently acceded to Prime Minister Benjamin Netanyahu’s request that he extend his term through the end of June. However, that date was coming on like a freight train, requiring Netanyahu to make a rapid decision.