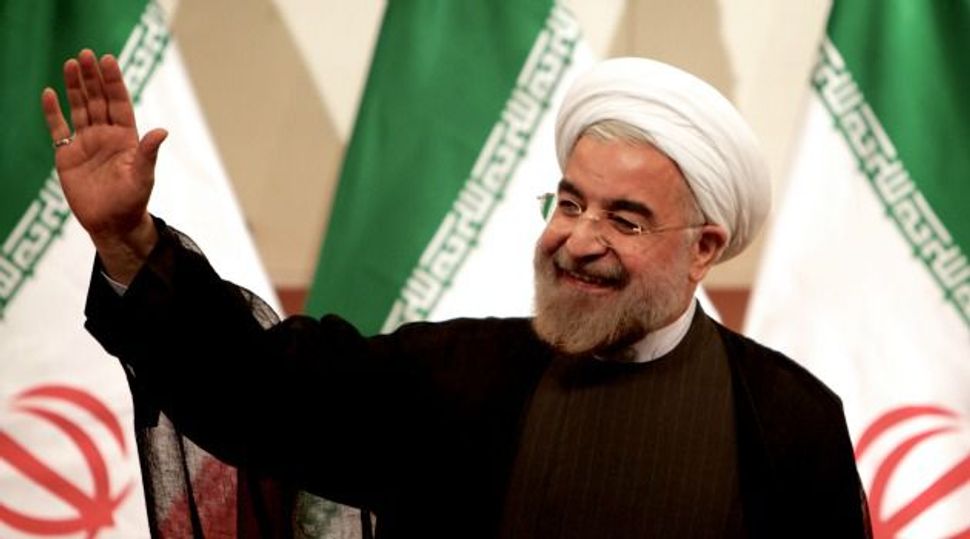 A Twitter account believed to operate with the authorization of Iranian President Hassan Rohani wished Jews worldwide a Shanah Tovah.

“As the sun is about to set here in #Tehran I wish all Jews, especially Iranian Jews, a blessed Rosh Hashanah,” the tweet posted Wednesday said.

The office of the recently elected Iranian president has not denied that the account, @HassanRouhani, is his and it is believed that it would not persist without his approval.

He had during the election decried his predecessor Mahmoud Ahmadinejad’s broadsides against Jews as “hate rhetoric.”

Iranian Jews now number less than 10,000, although the ancient community was at one time the largest in the Middle East.

The tweet was accompanied by a 2011 photo of an Iranian Jew praying at Tehran Synagogue.