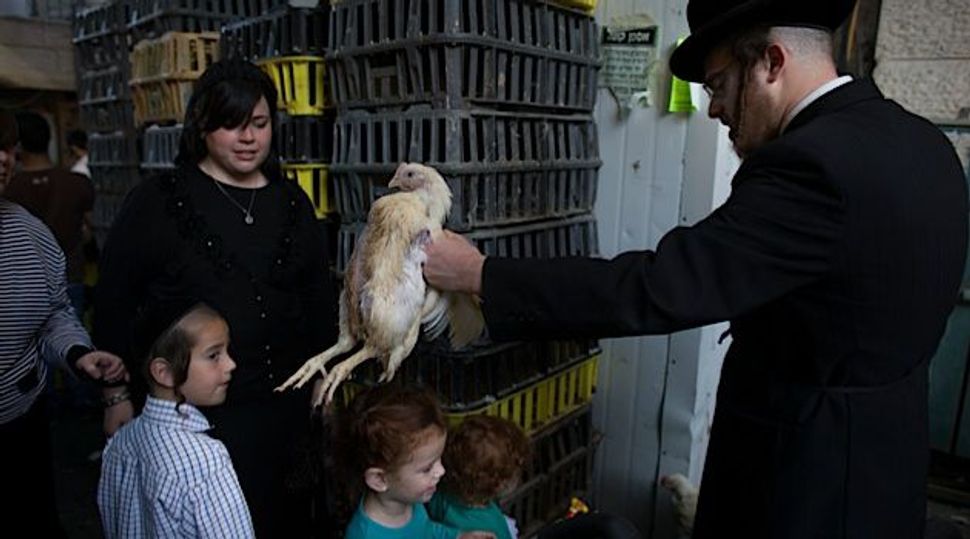 Thousands of chickens designated for the pre-Yom Kippur kapparot ritual died in New York due to unseasonable heat.

An estimated 2,000 chickens died Wednesday in the Brooklyn neighborhood of Borough Park on Wednesday, when temperatures climbed into the mid-90s, the New York Daily News reported.

Chaim Singer,32, told the newspaper that water and shade were provided for the animals. But activists have long claimed that thousands of chickens suffer and die unnecessarily during the kapparot ritual, in which a chicken is swung over the head in a symbolic transference of a person’s sins.

“I am horrified, I am upset, but I am not surprised,” said Rina Deych, 57, a member of the Alliance to End Chickens as Kaporos.