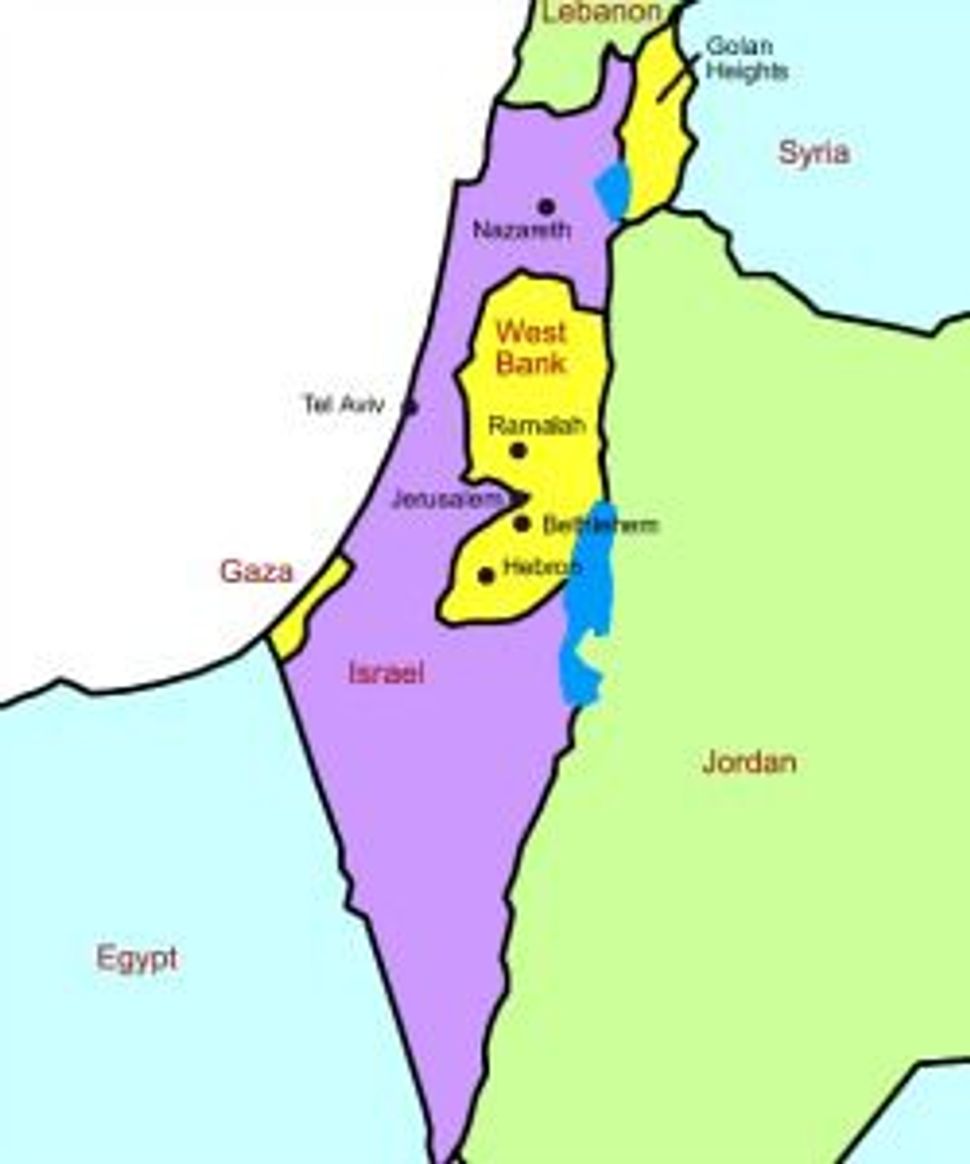 An Arabic-language professor at San Diego State University handed out a map of the Middle East which identified Israel as “Palestine.”

The map handed out by lecturer Ghassan Zakaria on the second day of classes earlier this month was meant to highlight Arabic-speaking countries, according to the student newspaper The Daily Aztec.

Following complaints from students and the local community, Zakaria redistributed the map substituting a handwritten Israel label for Palestine.

Arabic Program Director Ghada Osman told The Aztec that no students had dropped the course following the controversy and that Zakaria did not hear complaints directly from any students in his Arabic 101 classes.

Zakaria told the newspaper that the map was not meant to be a political statement, but that it was meant to illustrate Arabic speaking countries. Up to 20 percent of Israelis speak Arabic.

The pro-Israel Stand With Us organization told the newspaper that several students approached the organization with complaints about the map. The organization asked its supporters to make their concerns known to the university.

The university said in a statement that “while SDSU encourages scholarly debate and discussion of varying opinions, presenting inaccurate information to students is not acceptable.”

Student organization such as Students for Justice in Palestine, Afrikan Student Union, Movimiento Estudiantil Chicano/a de Aztlan, Students of the World and the Arab Student Association sent a letter in support of Zakaria to university Provost Nancy Marlin calling on the university to not censor freedom of speech in the classroom.