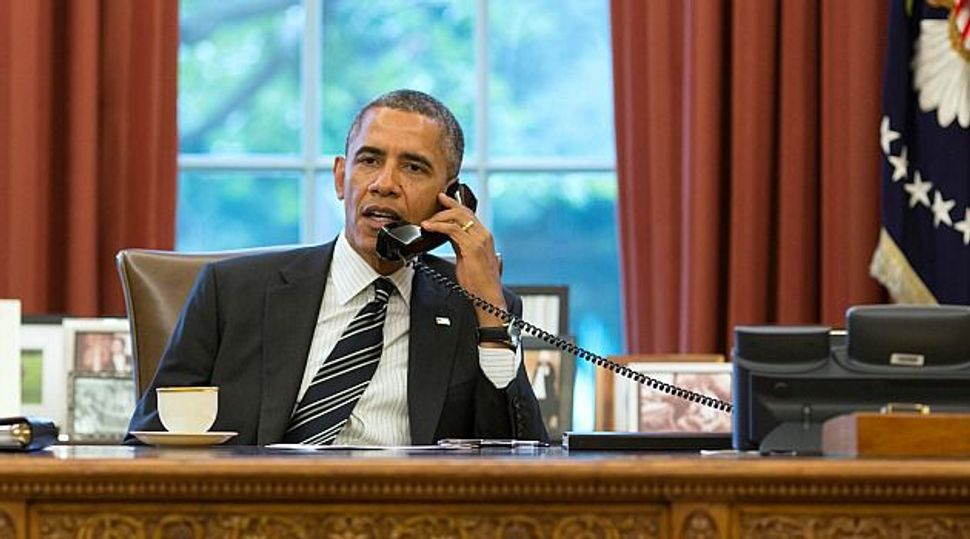 White House National Security Advisor Susan Rice informed her Israeli counterpart Yaakov Amidror Friday of the planned telephone conversation U.S. President Barack Obama was to hold with Iranian President Hassan Rohani and then informed him of its contents after it had taken place.

A senior Israeli official said that Amidror traveled to Washington Friday morning, in order to lay the groundwork for Prime Minister Benjamin Netanyahu’s White House meeting with Obama Monday. Amidror met with Rice and other American officials, and discussed the U.S.-Iranian negotiations.

During these talks, Amidror was also briefed on the meeting Secretary of State John Kerry held with Iranian Foreign Minister Javad Zarif in New York on Thursday. On Friday evening, Amidror was informed of the possibility that Rohani would speak with Obama by phone, and was informed that the call had taken place before Obama reported on it to the public at a White House press conference.

“We were able to notify the Israeli government of the call,” said a senior American official. “We’ve had steady with communications and were able to update them on this development.”

The senior American official pointed out that the U.S. will continue to update Israel and its other allies in the Persian Gulf and the European Union regarding its contacts with Iran. “The Israeli government has every right to be skeptical of the Iranian government, given the statements that have come out of Iran the past – extraordinarily inflammatory statements about Israel and threats towards Israel’s existence,” said the official.