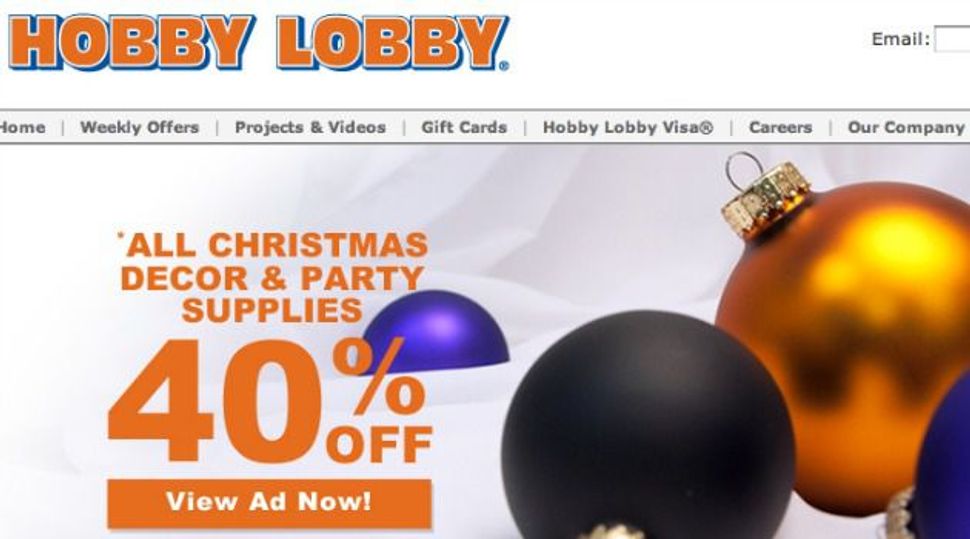 Hobby Lobby was mired in controversy after a blogger reported that the chain neglected to stock Hanukkah items. After calling a New Jersey Hobby Lobby store and inquiring about the Hannukah items, the blogger was reportedly told: “We don’t cater to you people here.”

In a statement published Oct. 3 on the ADL’s website, Hobby Lobby President Steve Green apologized for the alleged remark and indicated that his company has “deep respect for the Jewish faith.” The statement made clear that the owners “do not tolerate discrimination at the company or our stores.”

The ADL also issued a statement saying that the organization “has no reason to believe that Hobby Lobby has refused to stock Hanukkah items because of hostility to Jews or anti-Semitism.”

“A store choosing not to carry Hanukkah items does not violate anyone’s rights,” the organization added.