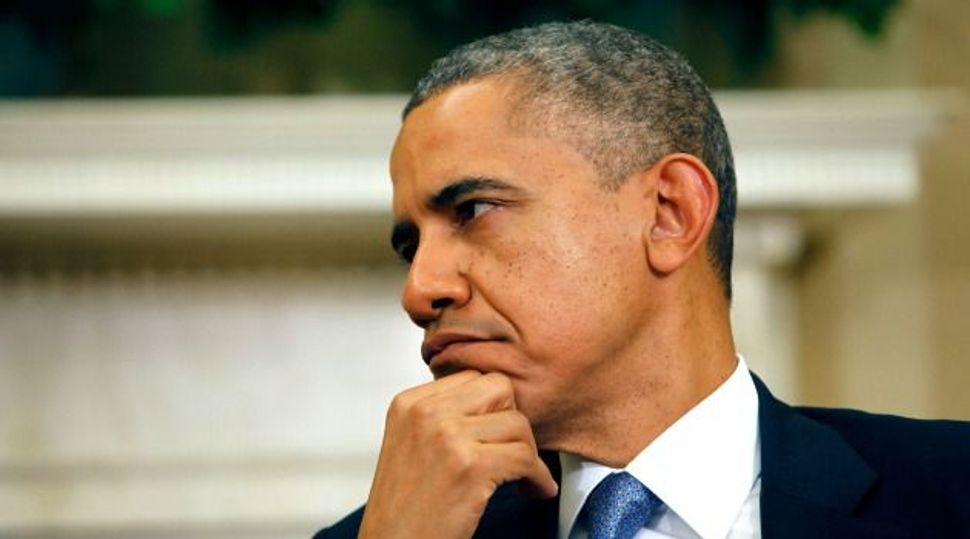 Senate leaders appeared ready to delay intensified sanctions targeting Iran while President Obama seeks a deal to roll back that country’s nuclear program, although several warned not to yield on demands that Iran end its uranium enrichment.

In comments after the meeting, Sens. Dianne Feinstein (D-Calif.), the chairwoman of the Senate Intelligence Committee, Bob Corker (R-Tenn.), the ranking member on the Foreign Relations Committee, and John McCain (R-Ariz.), one of the fiercest critics of Obama’s Iran policy said they did not expect sanctions to go through soon.

“You always have to listen to the president of the United States when he asks you to do something,” McCain told the Washington Examiner. “Of course we want to seriously consider doing what he wanted, especially in the midst of some serious negotiations.”

A statement from the White House said that in the meeting Obama said he was “grateful” to Congress for passing “the most effective sanctions regime in history” but asked them to hold off on more sanctions.

“He indicated that new sanctions should not be enacted during the current negotiations, but that they would be most effective as a robust response should negotiations fail,” the White House said.

Negotiations resume Wednesday in Geneva between Iran and the major powers to make Iran’s nuclear program more transparent in exchange for sanctions relief.

Israeli Prime Minister Benjamin Netanyahu has been arguing forcefully for enhanced sanctions, saying that they are likelier to extract concessions from Iran that would disable its suspected nuclear weapons.

Obama in the meeting with Senators also pushed back against claims by Israeli officials that the major powers were offering Iran sanctions relief valued at between $20 and $40 billion saying these reports were “inaccurate.”

Analysts close to the administration have said the likely impact of sanctions relief on the $100-120 billion Iran suffers in sanctions each year is likely to be more in the region of $10 billion.

Separately, a number of senators – including three who were in the meeting with Obama – on Tuesday wrote U.S. Secretary John Kerry urging him to ensure that Iran abides by U.N. Security Council resolutions as part of any deal, and suspends all uranium enrichment.

“While the interim agreement may suggest that Iran could be willing temporarily to slow its pursuit of a nuclear weapons capability, it could also allow Iran to continue making some progress toward that end under the cover of negotiations,” said the letter. “This does not give us confidence that Iran is prepared to abandon unambiguously its nuclear weapons pursuit altogether, as it must.”

The letter also expressed reservations at reports that sanctions relief could amount to $10 billion.

“We regard this as a major concession on our part that would not be justified by the concessions the Iranian regime would be required to make in return,” the letter said.

In addition to McCain, Menendez, the chairman of the Senate Foreign Relations Committee, and Schumer, the third ranking Democrat in the Senate, had attended the White House meeting.