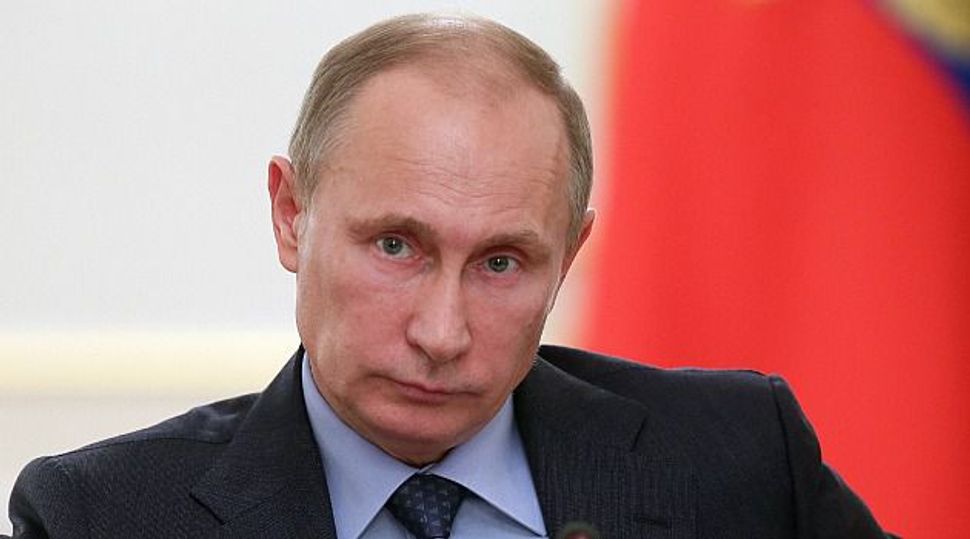 After failing to convince Washington that global powers are pursuing a bad deal, Netanyahu flew to Moscow to meet President Vladimir Putin as envoys from Russia, the United States, China, France, Britain and Germany met Iranian negotiators in Geneva.

The negotiators are discussing easing economic sanctions in return for curbs on Tehran’s disputed nuclear programme.

Netanyahu suggested after meeting Putin that Israel would be satisfied only if Iran ended all its nuclear work and cited a deal reached on the destruction of all Syria’s chemical arms as a model to follow.

“There is a lot to be learned from the solution achieved in Syria over the chemical weapons, where Russia and others rightly insisted on full dismantling of Syria’s chemical weapons.”

Citing the Syria agreement, which helped avert the threat of U.S. military strikes over a gas attack which Washington blames on Syrian government forces, Netanyahu added: “We think that it is possible to reach a better deal (over Iran) and it will require perseverance and insistence, of course.”

He and Putin, however, gave few details of their meeting in the Kremlin. Putin said they had discussed Iran in detail and added only that he was hopeful of a positive result from the talks in Geneva. There was no sign that Russia had shifted its position on Iran in any way.

Israel, thought to have the Middle East’s only nuclear arsenal, sees a nuclear-armed Iran as a mortal threat and wants its uranium enrichment capabilities dismantled and its enriched uranium removed. Tehran denies seeking atomic weapons.

Netanyahu says the deal now under negotiation, the exact details of which have not been disclosed, would still enable Tehran to build an atomic bomb quickly if it chose to do so.

The right-wing Israeli leader, locked in his most serious dispute yet with U.S. President Barack Obama, has made veiled threats of Israeli military action against Iran if negotiators sign what he has called an “exceedingly bad deal” in Geneva.

He has dismissed widespread scepticism over Israel’s ability to cause lasting damage to Iran’s distant, dispersed and well-defended facilities.

Israel’s military chief, Lieutenant-General Benny Gantz, told reporters his task was “to ensure we retain and continue to strengthen relevant capabilities” to tackle Iran if necessary.

Russia, which built Iran’s first nuclear power plant and remains on better terms with Tehran than Western powers, has expressed less suspicion than them about Iran’s nuclear work.

“Our job is to try to sway the Russians, as we have been doing with all the players,” said Deputy Israeli Foreign Minister Ze’ev Elkin, who accompanied Netanyahu to Moscow.

“Russia is not going to adopt Israeli positions wholesale. But any movement, even small, in the Russian position can affect the negotiations,” Elkin told Israel Radio.

Moscow is hopeful the Geneva talks will produce a preliminary deal this week to ease the nuclear standoff.

Without mentioning Netanyahu by name, Russian Foreign Minister Sergei Lavrov referred to his warnings of a “historic mistake” that would win time for Iran to make a nuclear bomb, which he said were “removed from reality”.

Lavrov has also suggested Iran was prepared to produce less enriched uranium and halt production of uranium enriched to a fissile concentration of 20 percent, a relatively short step from weapons-grade material. Those are two of the concessions Western powers want Iran to take, but they fall far short of Netanyahu’s demands for shutting certain Iranian nuclear sites.