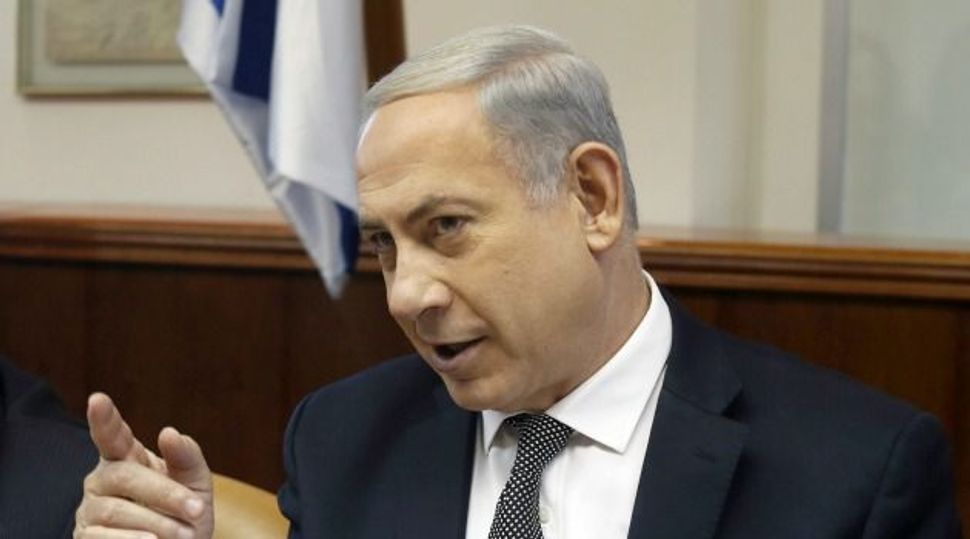 By ramping up his demands of any final nuclear deal between Iran and world powers, Israeli Prime Minister Benjamin Netanyahu appears determined to stem the tide of international diplomacy which has turned against him in recent weeks.

Netanyahu was stung by an interim agreement last month for Tehran to curb its nuclear programme in return for a limited easing of sanctions, calling it a historic mistake.

His reaction has been to call for the dismantling of Iran’s nuclear projects, as opposed to their containment, and a halt to its development of ballistic missiles, an issue not addressed in the interim accord signed in Geneva on Nov. 24.

Taking even wider aim, Netanyahu said negotiators should demand a change to Iran’s “genocidal policy” toward Israel, manifested through its supply of thousands of missiles to Palestinian and Lebanese militants, and its calls for the Jewish state’s destruction.

The wish list has received a cool reception in Washington, will be given short shrift by Iran and was described as “crazy” by a senior Western diplomat. But experts believe the Israeli leader wants to put pressure on President Barack Obama and prevent U.S.-Iranian ties from thawing too far, too fast.

One way to do that would be to send a message to Israel’s supporters on Capitol Hill. The Senate has already sparred with Obama over whether new sanctions against Iran should be prepared.

“It’s one thing for Congress to hold off on imposing sanctions, quite another for it to cancel sanctions under a final deal with Iran. Netanyahu wants to help set the tone in Congress and he doesn’t mind if Obama notices.”

There is a growing sense in Washington that Netanyahu has accepted it is unlikely he can derail the negotiations, so he may have reverted to spoiling tactics, however unpopular they may be in Obama’s administration.

“I can’t believe the Americans are happy about (Netanyahu) sounding off the way he is at this critical point in time,” said one Israeli official, who has direct knowledge of recent White House consultations between U.S. and Israeli experts on Iran.

The United States views engagement with the new, relatively moderate government in Iran as a chance to defuse more than three decades of tensions.

“However, it is important to note that progress on the nuclear issue does not change our resolve in pushing back against Iranian support for terrorism, threats against our friends and partners, and violations of human rights,” she said.

Independent experts doubt that Iran, already clinging to nuclear projects it insists are only for peaceful purposes, would agree to a wider clampdown on missile technologies which it could argue are crucial for its civilian space programme.

He said those were developed in parallel with Tehran’s fledgling space programme, and predicted the Iranians would treat any move against their missile arsenal as undermining a national scientific endeavour.

“They won’t give up the space missiles. That will never happen,” said Ben-Israel, who is now a professor of security and diplomacy studies at Tel Aviv University.

Earlier this month, Iran said it sent a second live monkey into space and brought it back safely, in a fresh demonstration of the country’s missile capabilities.

The West worries that long-range ballistic technology used to propel Iranian satellites into orbit could be put to use dispatching nuclear warheads to a target.

The official did not offer how Iran might reform its enmity toward Israel. The Iranians, who deny their nuclear programme is aimed at developing weapons, accuse Israel and its own assumed atomic arsenal of being the real menace to Middle East security.

“I think it’s unlikely that Iran will agree to include its ballistic missile programme as part of a nuclear deal,” he said.

“However, ballistic missiles and many other issues, such as Iran’s hostile policy toward Israel, should be on the agenda if and when we ever reach agreement to resolve the nuclear issue.”

A senior Western diplomat said Netanyahu was making “crazy maximalist demands” that even people in his inner circle recognised could not be met.

“He might be introducing a demand to the negotiations that could later be removed as a kind of concession, with Iran expected to make concessions in turn,” Eiland said.