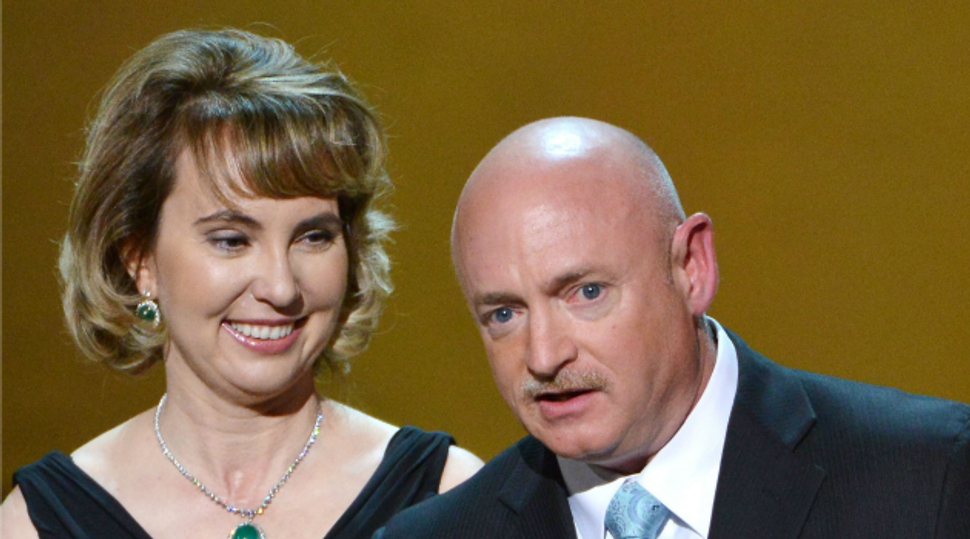 Dive In! Ex-Rep. Gabby Giffords, shown with her husband, plans to mark the third anniversary of the shooting rampage that nearly killed her by going skydiving. Image by getty images 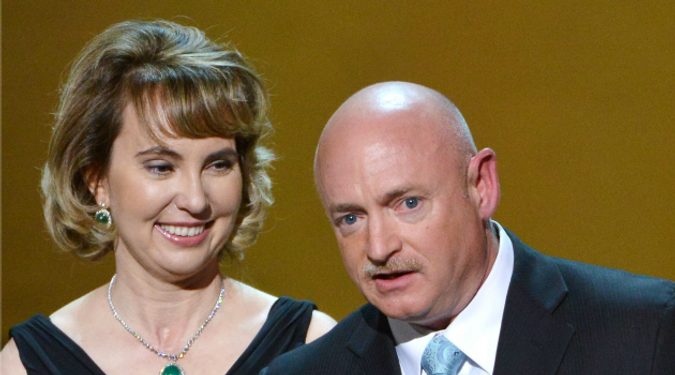 Dive In! Ex-Rep. Gabby Giffords, shown with her husband, plans to mark the third anniversary of the shooting rampage that nearly killed her by going skydiving. Image by getty images

Former U.S. Congresswoman Gabrielle Giffords, who is still recovering from a shooting rampage that left the Arizona Democrat badly wounded with a gunshot to the head, went skydiving on Wednesday to mark the third anniversary of the attack, according to an NBC journalist who accompanied her.

NBC “Today” program journalist Savannah Guthrie, who was on the plane for the jump, wrote on Twitter that Giffords “stuck the landing.” Giffords has skydived before but this was her first jump since the Jan. 8, 2011, shooting, according to “Today.”

Before the skydive, Giffords tweeted a picture of herself with parachute equipment strapped to her back and said in the post that Vice President Joe Biden had called to wish her good luck. “Join me next time?” she asked Biden in the tweet.

Thanks for the good luck call @VP @JoeBiden. Join me next time? pic.twitter.com/XmcZvDkYZC

“I have the opportunity to do something I love: skydiving with my friend, former Navy SEAL Jimmy Hatch,” Giffords, 43, wrote on Twitter on Wednesday morning before the jump. “Today” will air video from the skydive on Thursday.

“Southern Arizona will look beautiful & peaceful from the top of the sky,” Giffords said in a follow-up tweet before the jump.

Giffords was shot in the head when gunman Jared Loughner opened fire on her and others at a congressional outreach event in Tucson, killing six people and wounding more. She resigned from Congress a year after the shooting to focus on her recovery.

In an opinion piece in the New York Times on Wednesday, Giffords said she still struggles to speak, her eyesight is “not great,” and her right arm and leg have been “paralyzed” but that she is beginning to gain movement in the arm.

She compared her fight against gun violence, which has been her focus since leaving office, to her rehabilitation and said the United States needs reforms such as strengthening and expanding background checks for gun purchases and making it illegal for stalkers and domestic abusers to buy firearms.

“I’ve seen grit overcome paralysis,” she wrote. “My resolution today is that Congress achieve the same.”

Loughner, 25, a college dropout with a history of psychiatric disorders, pleaded guilty in 2012 to killing six people and wounding 13 others, including Giffords. He was sentenced to life in prison for the shooting.